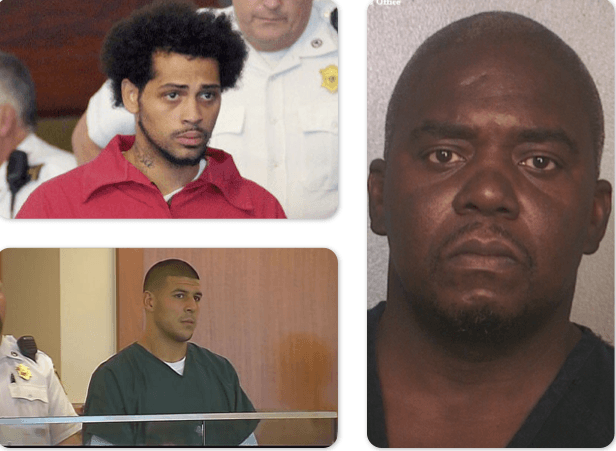 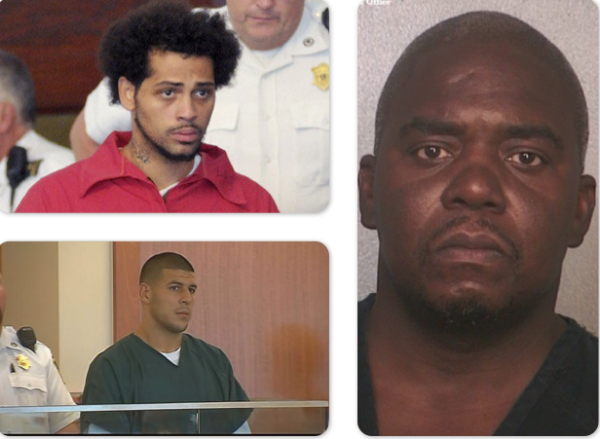 The Odin Lloyd murder trial continues for two more men who’s been accused of serving as Aaron Hernandez‘s accomplices in his shooting death. Ernest Wallace and Carlos Ortiz have been accused of joining with former New England Patriots player Aaron Hernandez to Odin in 2013 are due in court on Friday, the first time they will appear since Hernandez was convicted of first-degree murder in April. They are both charged with murder as as accessories after the fact and have been in custody since June 2013.

Hernandez’s lawyers are still pushing hard to have the judge overturn his murder conviction as they’ve filed four motions contending that jury corruption was involved in the decision making verdict of their client.

Ernest Wallace and Carlos Ortiz are scheduled for status conferences Friday at Bristol County Superior Court. Both men have pleaded not guilty to murder. 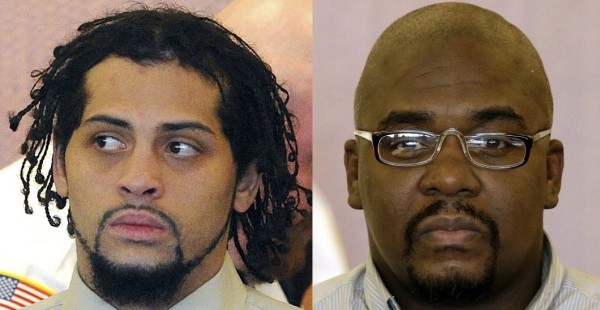 Wallace has a status review conference, while Ortiz’s attorney, John Connors, is expected to argue that Ortiz’s statements to police after his arrest in Connecticut should be suppressed. According to court documents, Ortiz spoke with detectives without a lawyer present and said that Hernandez and Wallace were outside their vehicle in the North Attleborough Industrial Park when Lloyd was shot to death just before 3:30 a.m. on June 17, 2013.

Ortiz also said he was sleeping, heard a gunshot and then saw Wallace and Hernandez return to the vehicle. Ortiz also allegedly recounted conversations between Lloyd and Hernandez in the vehicle, told police he saw Hernandez carrying a handgun and made apparent references to a Franklin apartment Hernandez rented where police said they found evidence, including clothing and ammunition.

Those statements led to early speculation that Ortiz would be the prosecution’s star witness against Hernandez, 25, the former New England Patriots tight end who was convicted April 15 of first-degree murder. But Ortiz did not testify during the 10-week trial because prosecutors considered him to be an unreliable witness since he allegedly later changed his story. Court documents also indicate a polygraph test, which is inadmissible in court, indicate Ortiz lied about not shooting Lloyd.

During closing arguments in Hernandez’s trial, defense attorney James Sultan said the former NFL star witnessed Lloyd’s killing, which Sultan said was “committed by someone he knew.” However, Sultan did not identify the alleged gunman.

Prosecutors say that Oritz and Wallace drove up to Massachusetts from Connecticut in June 2013 to help Hernandez carry out the killing of Odin Lloyd. Lloyd was dating the sister of Hernandez’s fiancée. Oritz’s attorney is claiming that his client was just in the wrong place at the wrong time and was not involved in Lloyd’s murder.

A lawyer for the former tight end acknowledged Hernandez was there when Lloyd was shot to death in an industrial park but pinned the blame on the other two men.