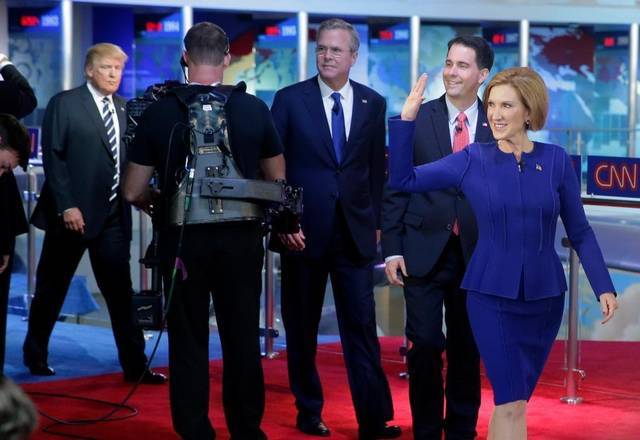 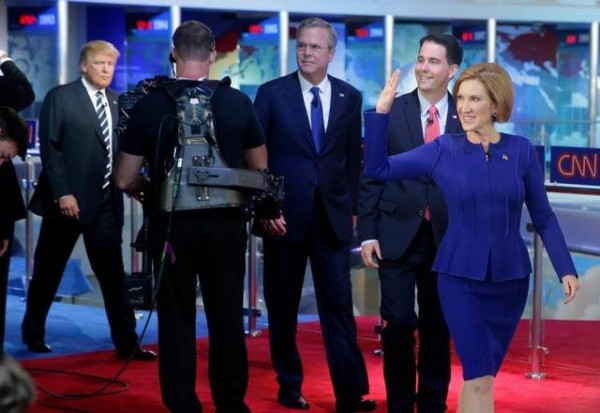 As a country, we are faced with one of the most important decision to make within the next 16 months- who will be the next president of the United States.

In the second republican presidential debate we saw a lot of things. We saw Carly Fiorina really stand her ground and showcase her knowledge on foreign affairs. We saw Mike Huckabee showcase a very seasoned debate style that, despite some of his views, came off pretty competent and we saw further proof that Trump is nothing more than a petty charlatan. But the greatest thing we saw were some emerging candidates who, for what it’s worth, understand that these debates are not about making Trump look like a fool (he doesn’t need any help with that) but about presenting information on issues for the American people to cast their votes.

Jake Tapper moderated the debate and hit the hopefuls with some hard questions about foreign relations, current policies and each other. Their answers to the questions were telling to their understanding of the issues and to their mindset on what they plan to do if elected. Considering all that was said at the debate, here are my take aways about certain candidates.

Jeb Bush– He really needs to show more backbone. Yes he is a part of a political family and knows a lot about politics and policy on the national level I am sure, but allowing Trump to shut him up and talk over him and not really demand respect or protest or anything doesn’t communication authority well.

Carly Fiorina– She had some very strong moments and not only was able to express herself intelligently; she actually knew what she was talking about. In this presidential election it is important for candidates to give evidence that they have an understanding of what the stakes are when it comes to not only issues at home but abroad and she did.

Donald Trump -Speaking of coming off as knowing what they are talking about, he doesn’t. I am not sure how much longer he can go off of saying that he is a businessman therefore he can make America great again. Or that he will talk things out with leaders like Putin and others who we don’t have the greatest of relationships with as a way to encourage better relations. He steadily gives no real support for why he is a competent choice and his petty jabs at other opponents on the stage, his total disregard for the political process and his lack of knowledge that he clearly shows every single time he opens his mouth about pertinent political concerns will cost him any real chance he has at getting the republican nomination.

Ben Carson- While his reasons for running may be commendable he is a boring speaker. Carson doesn’t really catch your attention nor holds it for that matter and after having a president like Obama, you have to be able to engage people on that kind of level.

Scott Walker- I mention him for no other reason than he calls Ronald Reagan the greatest president of his lifetime. The very fact that he says this relates to me that he is either in denial about the things that Reagan did that negatively and majorly affect the black community (among other things) or he doesn’t care. I do commend him for confidently coming for Donald Trump who is the bully of the republican candidates.

Chris Christie- If you ask me, he has the right amount of charisma and knowledge out of all the candidates (well he and Rand Paul). This can give him a hand up over other candidates that may be more knowledgeable but don’t have as much charm because he can make up for what he doesn’t know by how he says what he does know.

Mike Huckabee– He speaks with a lot of passion and a confidence which is somewhat intriguing. He has been around the political debate block a lot so he has the delivery down pat.

Ted Cruz- I honestly don’t even know why this guy is even running. He comes off pompous and the very fact that he is willing to shut down the government over his desire to defund Planned Parenthood brings into question his priorities. PP is not worth stopping the government and I am appalled that he feels okay with doing that.

Rand Paul- He is pretty. He knows what he’s talking about and calls Trump out on his bull crap. He had some strong points and relays them well. I think he had a solid debate performance. He said a lot of things that the others on the panel don’t agree with.

John Kasich- He has an unapologetic way of expressing his views and it helps that his support as to why he feels the way that he does is communicated along with his dissention.

There is still a long way to go for this ticket and only time will really tell as the true agenda of these hopefuls are revealed. My only and greatest hope is that the American people will do their research and not go with the flow but with what’s best for them and this country.