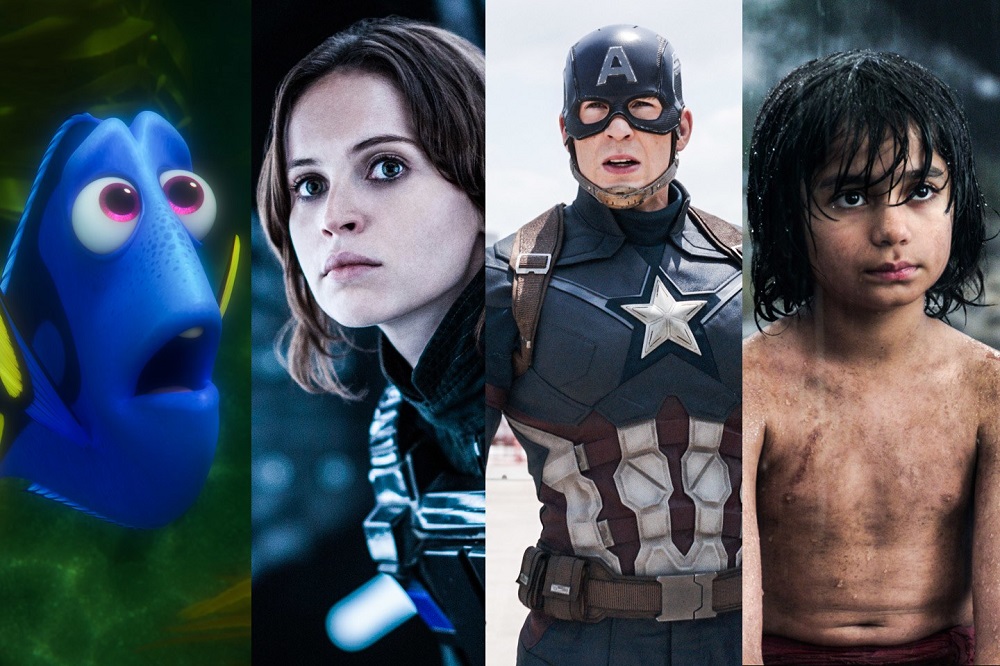 It might be surprising to many, but the 2016 North American box office made history for having it’s highest grossing year ever with $11.2 billion. Most of this was made with sequels, superheroes and animation, but it squeaked by last year’s $11.1. billion.

The biggest lesson learned is that Hollywood hasn’t changed when it comes to coming up with original ideas. Retreads continue to run the machine, but comedies seem to be the one area of originality that the studios will boldy tread. The plots aren’t so original most of the time, but we have to give Hollywood credit for at least doing something that’s more original. 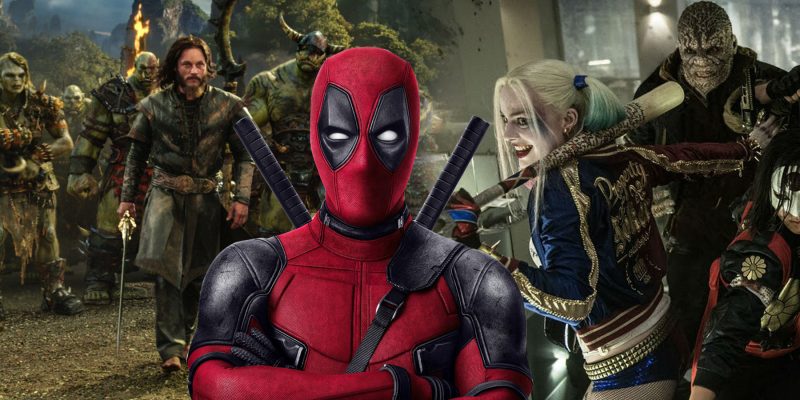 A forgetful fish, infighting superheroes and some intergalactic rebels led the North American box office in 2016, which, with an estimated $11.2 billion in earnings to date, has become the highest grossing year of all time – slightly surpassing last year’s $11.1 billion record.

Those top three films, “Finding Dory,” ”Captain America: Civil War,” and “Rogue One: A Star Wars Story,” all had the common thread of being under the Walt Disney Studios banner, which had its own records to celebrate.

In general, the year looked like many others, with tent pole superhero pics, animated features, sequels and reboots overpowering original fare, but there was definitely something for everyone.

“Hollywood built a wild roller-coaster ride at the multiplex in 2016, with films from every genre sparking interest from a very vocal and engaged social media-savvy audience who were able to make or break some of the biggest titles of the year,” said Paul Dergarabedian, senior media analyst for box-office tracker comScore.

A few more notable takeaways from the record-breaking year:

DISNEY IS KING, WITH A FEW ROTTEN APPLES

With Star Wars, Marvel, Pixar, Disney Animation and a slew of live-action reboots of already beloved properties, Disney’s tent pole strategy paid off big-time in 2016. The studio raked in a leading $2.96 billion in North American grosses, with the top three spots and six out of the top 10, including “The Jungle Book,” ”Zootopia” and “Star Wars: The Force Awakens.” As Disney’s distribution chief Dave Hollis noted, each of Disney’s five “brands” had a film this year that became “cultural events that transcend border and language to become true global spectacles.” Disney wasn’t without its own rotten tomatoes, however, with major flops like “The BFG” and “The Finest Hours.” But the successes paid for the failures.

For the first time since 2010 with “Toy Story 3,” an animated film has topped the annual box office. This year, it was another Pixar sequel, “Finding Dory,” with a $486.3 million North American tally. Universal also scored big animated hits with “The Secret Life of Pets” (No. 4 with $368.4 million) and “Sing” ($123.6 million after 10 days in theaters). In addition, Disney had “Zootopia” and “Moana,” and DreamWorks Animation with “Trolls.” Basically, animated talking animals were big (and there could even be a case that “The Jungle Book” fits in, too). “A lot of animated movies were very good this year,” said Forbes writer Scott Mendelson. “Audiences are still seeking the better movie.”

Critics impact box office! Wait, no they don’t! Anyone paying attention this year likely saw both of these sentiments bandied about in talking about superhero movies, but the truth is, the superhero pic still has muscles to spare and it shows. Seven out of the top 20 movies this year were either DC or Marvel Comics, and that’s not even counting the fantasy sci-fi properties like “Star Wars” and “Star Trek.” Even newbies like “Deadpool” and “Doctor Strange” did well, thanks to social media buzz, despite being lesser known characters. Others, like “Batman v. Superman: Dawn of Justice” and “Suicide Squad,” may have taken a beating online, but still ended up profitable.

GAME OVER ON VIDEO GAME MOVIES

That’s a little hyperbolic; Hollywood is going to keep trying to get the video game adaptation right, of course. But this year wasn’t exactly a promising showing, with Universal’s “Warcraft,” one of the biggest bombs of the year, earning only $47.2 million domestically on a $160 million budget. The word isn’t final on 20th Century Fox’s “Assassin’s Creed,” which just came out on Dec. 21, but it doesn’t look good. In fact, the best showing by a game adaptation was from an app. “The Angry Birds Movie” grossed $107.5 million domestically.

There were a few underwhelming reboots and sequels this year, both in quality and box office returns. Paramount‘s “Star Trek Beyond” underperformed with $158.8 million, as did Sony‘s “Ghostbusters” reboot, which cost around $144 million to produce and took in $128.3 million in North America. “Zoolander 2” whiffed. So did “Alice Through the Looking Glass.” And then there was the “Ben-Hur” remake, which cost north of $100 million and pulled in only $27 million.

SO WHERE’S THE ORIGINALITY?

If you want something original and massively successful and live action, it’s probably going to be a comedy. There’s the exception of “The Revenant,” which opened in 2015 yet still placed 14th this year with $182.8 million. But you basically have to look all the way down to No. 21 on the year-end list to find a new non-animated, non-sequel, non-adaptation – Warner Bros.’ $50 million Dwayne Johnson and Kevin Hart buddy comedy “Central Intelligence,” which grossed $127.4 million. After that, it’s STX’s sleeper hit “Bad Moms,” which cost a lean $20 million to produce, at No. 25 with $113.3 million (a sequel has already been announced). There were some underwhelming attempts, too (“Allied”) and all-out flops (“Rules Don’t Apply,” ”The Nice Guys”). Meanwhile, it’s still early, but most of the critically praised awards films aren’t exactly proving to be blockbuster hits, either. Mendelson says “La La Land” might sing its way to $50 million, yet others, like “Moonlight,” will be lucky to crack $20 million.