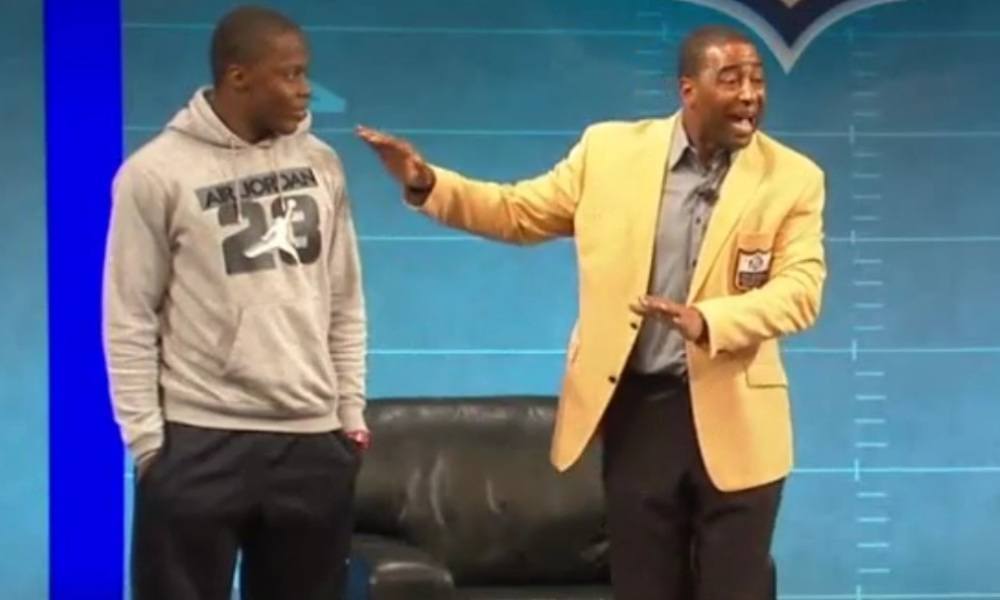 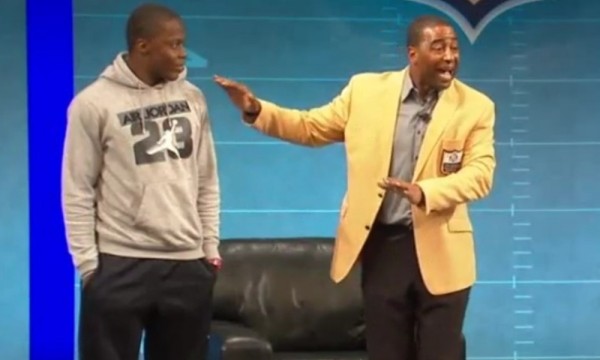 I’m no fan of Chris Carter. I believe he talks just to hear himself talking many times on his gig at ESPN. I hate to see one of the Mikes off work since Carter will be the fill in on many occasions on “Mike and Mike.”

When I first saw the video of Carter talking to NFL rookies about needing a “Fall Guy” in their crew in case of trouble, I was pleased that Carter was going to be embarrassed. I then watched the entire video in context and came away feeling differently.

First of all, the NFL still has the video up on their official website. So that means that tacitly approve of NFL players having a “Fall Guy” in case they run afoul of the law. They will spin it differently in about 24 hours I predict.

Carter was not very smart in promoting this idea to young incoming NFLers, but the League itself should know better.

In the video dubbed “Life lessons from Chris Carter and Warren Sapp,” the two Hall of Famers talk to a group of rookies about how to stay on the right path in their football careers. They actually give some good advice in the 22 minute video. The part about the “Fall Guy” is getting a ton of attention though and somebody, hopefully Roger Goodell, will have to answer for it.

ESPN will have to respond as well, since they employ Carter.

Warren Sapp and Chris Carter are two NFL vets with plenty of experience to offer up to youngsters. I see a “keeping it real” theme to the video, but Carter went too far with the “Fall Guy” advice.

To make sure I am being fair to Chris Carter, whom I have no use for, here’s five positive takeaways from the clip as well as five negatives.

5. The two Hall of Famers tell the rooks that many of them will not be in the League for long. 3.5 years is the average length of an NFL career. These young players have no concept of time yet, but Carter makes it as clear as possible with his emotional words.

4. Chris Carter gave props to old school players who paved the way for modern NFLers. He didn’t make mad money himself but certainly more than guys in the 60s, 70s, and 80s.

3. Warren Sapp told about how his failed drug test during the draft combine followed him all the way to the Hall of Fame. That shows just how our decisions today can impact our entire lives no matter how we try to overcome them.

2. The Buddy Ryan story was simply chilling. Ryan’s wife had a dream telling her that Chris Carter should not be cut from the Eagles. Ryan cut him anyway. Carter said he would go back and change that day if he could.

1. “This is the lottery.” Carter correlates the NFL to hitting the lottery. He’s right. This is most of these guys’ one shot at fortune and fame. Most can’t possibly realize how fortunate they are to play a game for big money…..just like us who are able to walk, talk, and move freely compared to handicapped people.

5. Carter asking Sapp how many cars he had at the height of his career. Cars are no real sign of long term success. I know it appeals to the young men in the audience, but still sends the wrong message.

4. Chris carter mentions how many of the rookies won’t be around the NFL next year, but he and Sapp will be. Wrong. Sapp won’t be doing anymore life lesson vids for a while after he was fired from the NFL Network on one count of soliciting prostitution and two counts of assault while covering the Super Bowl in 2015.

3. Sapp mentioned how he and Carter did bad stuff before the internet was around to magnify their mistakes. Good advice for the rookies, but Sapp has seen the wrath of the web and Carter will be contending with it this week I believe.

2. I know Carter was trying to “keep it real” with these young players. But by trying to fit in with the young crowd, he went too far and the blow back is coming.

1. The “Fall Guy” comment has no place in an official NFL video. Poor Teddy Bridgewater is dragged on the stage and into the discussion. If Carter had just mentioned a “Fall Guy” once, he may have been OK. Could’ve called it a joke. But he went on with it for a couple of minutes. It was no joke and now Chris Carter will have to answer for it. So should Mr. Conduct Detrimental to the League, Roger Goodell.

The video is a good lesson for young NFL players. And I believe Sapp and Carter are genuine about helping these guys. The problem is that leaders are not perfect. They fuck up too. Sapp lost his job because of it. Carter shouldn’t be fired because of his “Fall Guy” advice, but it should make it even more obvious to NFLers how easy it is to get into hot water.