It’s the beginning of the week, and the things going on in the world of the rich and famous are all over the place. Poor Bobbi Kristina Brown’s funeral was even jam packed with drama, Will Smith & Jada Pinkett divorce rumors hit again and Ciara‘s Future not happy with Russell Wilson touching his child. 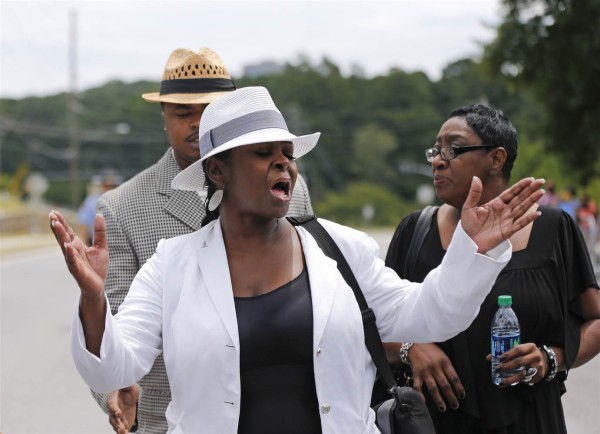 We all hoped that feuding wouldn’t go down at Bobbi Kristina’s funeral but alas, all reports point to the fact that it did and the culprit- Leolah Brown.

There are a lot of different takes on what exactly happened, but from what I can gather, while Pat Houston was speaking, Leolah openly interrupted her, screaming, “Pat you know you are wrong for this!”

She was escorted out of the funeral with the help of Tyler Perry and of course she didn’t go quietly, telling photogs that Pat will be haunted by Whitney Houston. Now I am not totally sure what that means but apparently it stems from some bad blood that predates the whole situation with Bobbi Kristina.

And it all has to do with, more than likely, to do with BK’s estate. It is also such a sad situation when family members can’t put aside their difference to get along for the sake of the deceased.

Further more, it continued to be a hectic and stressful day for Bobby Brown as his wife Alicia Etheredge suffered what is believed to be a seizure after BK’s funeral. She was rushed to the hospital. Everything was okay but it was still at a trying time.

To make things even worse, that alleged photo of Bobbi Kristina’s dead body during a private viewing, has supposedly been sold for six figures to a media outlet.

I know that there are rumors all the time of these two splitting up and I am a HUGE, do you hear me, HUGE fan of Will and Jada Smith. Like they are the prototype for black love (along with Michelle and Barrack Obama) so no matter what I hear, I am pulling for them.

With that, this morning there have been reports of an upcoming split, more than usual, that will be officially announced sometime soon at the end of the summer. They are supposedly working out a secret deal to divide up their $240 million fortune and after being together for 17 years, there is a shit load of stuff to figure out.

To some people, if they do break up, it comes as no surprise as sources say they have been on the verge for some time now and just couldn’t continue the façade.

“For Will and Jada, holding it together these past few years has been tough because their marriage has been on life support for a long time.”

Now I am telling you right now, I do not want to believe this, I DO NOT! And until they officially announce anything I will continue holding on to my faith but with all that is coming out, I have to admit, it does not look good. 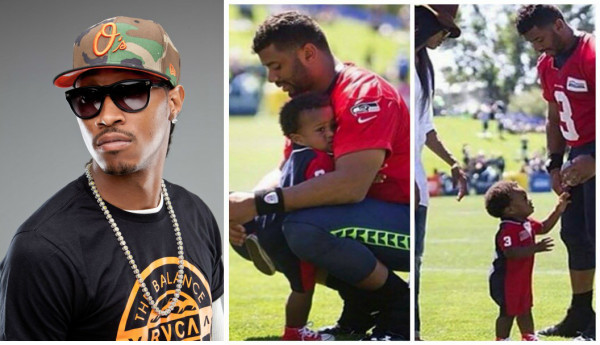 Future Up in Arms about Baby Future Hugging Russell Wilson

Why do men do this shit? If you don’t want your kids raised by other men, learn how to fucking be what you need to be to ensure that does not happen. That means not being an ass to your baby momma and actually being faithful to her so she will stay with your ass. Okay rant over… kinda.

There is no secret that Ciara and Russell Wilson are head over hills in love with each other and we will probably be hearing about wedding bells some time soon. This, of course, does not sit well with her baby daddy Future, who always seems to have something to say about CiCi and her main dude.

Over the weekend, she was with her man in Seattle as he just signed an $87 million contract with the Seahawks. While watching him during training, of course little Future was there and interacts with this NFL star. Now, the pictures surfacing of him hugging on Wilson has the rapper feeling a certain kind of way and that his son seems to have a close relationship with his mother’s boyfriend.

Well, people took to social media to clown on Future, especially since it is clearly obvious that Ciara doesn’t give a shit how Future feels. Why is he even going in the way that he is and being as unreasonable as he is? What is really the issue?  Have they even had a conversation where is lays out why he doesn’t want Russell Wilson around him?

Honestly, I think it is coming from a place of immaturity and honestly, he probably hates the fact that she has moved on and mixed in their somewhere, he probably low key still wants her back. I’m just saying.