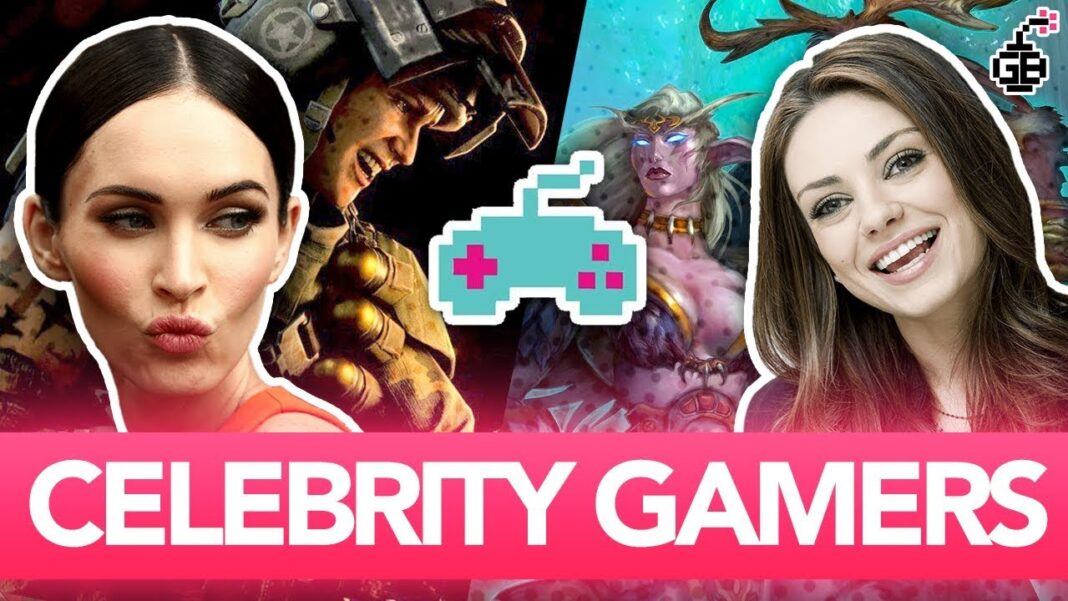 Every day we follow scandals involving celebrities, savoring minor details, and don’t think too hard about how these events affect media persons. Well, then it wouldn’t have been a surprise that the rich and famous don’t mind turning on bad habits like alcohol and drugs. But let’s draw attention to those who can keep them together and feel better playing video games.

These two had played video games long before they met each other. Otherwise, this lovely couple just wouldn’t have been together. In one of the interviews, Mila Kunis confessed that she used to play “World of Warcraft”. She told the journalist how she raided and acquired an outfit for her mage. Moreover, Kunis mentioned she played wearing headphones until someone recognized her voice.

Her husband, Ashton Kutcher, claimed that he considered himself a video game nerd and spent hours playing “World of Warcraft and “Call of Duty.”

Do you know what Neymar does between matches apart from studying the opponent tactics? He plays video games! Neymar’s favorite game is “Counter-Strike: Global Offensive.” He praised it a lot of times and even posted in social account videos about successful bombs deployment.

This twenty-six-year-old handsome guy has already managed to break hundreds of girls’ hearts, record dozens of songs, get married, and show good results (according to him) in laying “Call of Duty: Black Ops,” “Mario Kart,” and “Halo.”

Eminem could become a worthy opponent for Justin Bieber as he also likes playing “Call of Duty: Black Ops.” Perhaps, the gaming industry captivated him so much that he decided to collaborate with Activision (an American company that produces and develops computer games). As a result of their collaboration, he provided a download code for “The Marshall Mathers LP 2” (for those who still don’t know — the real name of Eminem is Marshall Bruce Mathers III) and unique song for each purchase of “Call of Duty: Ghosts” the gamers make.

The “Lord of the Rings” star likes growing fruit and vegetables in the virtual garden. Of course, there’s no time to think about the crop during the shooting, but what to do staying in self-isolation? He doesn’t need to worry about his college assignment and look for someone who can help him solve his current student issues, like, “How much time does it take to do my assignment online?” So, Elijah has the right to chill out.

This woman is an example to follow for many women. Megan is building her acting career and has already reached the heights that she so richly deserves. She manages to stay in great shape after giving birth to three kids. Besides, Megan could find time to play adorable video games. Of course, she had to reduce the time spent in front of the laptop but still doesn’t mind playing “Mortal Kombat.” An unexpected choice for such a tender girl! Megan claims that the game works pretty well with my brain. The way my brain signals works well with how that game works. And I’m really good at playing it.

We know Samuel Jackson from a huge number of amazing movies and even can’t imagine that this man was a video game nerd. During the interview with one American magazine, Jackson said that he grew up on such games as “Space Invaders,” “Pong,” “Pac-Man,” and “Donkey Kong.” These days, the actor doesn’t play a lot, and when he was asked how modern video games had changed, he laughed it off and told the interviewer that they have become more expensive.