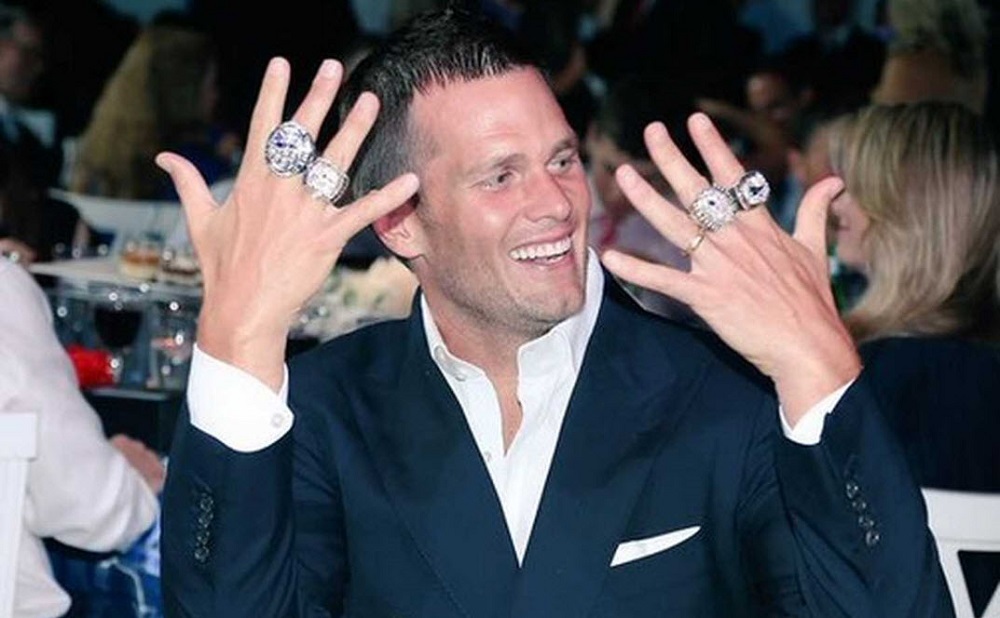 New England Patriots star quarterback Tom Brady is always able to elicit opposing opinions with everything he does. With Super Bowl 51, many are asking if winning five rings will finally put naysayers to rest.

NFL Network’s Marshall Faulk chimed in with what many have said in the past. He felt that there should be an asterisk by Brady’s name when it comes to the question if he’s the greatest quarterback in NFL history.

Here’s what Faulk had to say on the subject:

Faulk: Come on Rich. I don’t even want to get into that. Man is about to play in his seventh Super Bowl, he has a chance at winning five, it’s been great. But some things has happened and we know what those things are — when you talk about Super Bowls and things that has happened along the lines with the Patriots and we just cannot pretend like they didn’t happen.

Faulk, of course, was addressing the SpyGate controversy. The Patriots defeated Faulk and the Rams back in Super Bowl XXXVI 20-17 thanks in part to their game plan to slow the running back down.

Faulk was the only panelist who brought up the Patriots’ uncertain past. Both Steve Mariucci and Kurt Warner suggested a win Sunday by the Patriots quarterback would either cement his legacy as the greatest of all time, or simply elevate his status since he’s already there.

“I know I’m going to hear from the 49er faithful and they’re gonna say, ‘Mooch, come on, Montana 4-0, never lost one,’ all that kind of thing,” Mariucci said. “And then I’m gonna hear from the Green Bay Packer fans because they’re gonna say Bart Starr won five and he lost one in the championship game. But you know what? This is a different era. There are 32 teams now. We have free agency. You know how difficult it is to get to the Super Bowl and he’s done it seven times? It’s not just five wins, it’s two silver medals too. This guy’s resume is second to none.”

Added Warner: “I’m with Troy Aikman on this one, I believe he’s already there. We talk about the Super Bowls, and if he wins he’s got five, and he’s played in seven. But it’s just the longevity of the consistency that he’s had. I mean, you’re talking 11 AFC Championship Games in 16 years. Now I know they didn’t get to the Super Bowl every time, but that’s incredible when you think about it. Eleven opportunities to get to the Super Bowl. Seven of them, they got there – has a chance to win five.

“He’s just been so consistent for so long with so many different guys. I think that’s the thing that impresses you too. You look at some of these other dynasties we talk about; it was primarily the same guys that won those Super Bowls over and over again. This has been over a long course of time with a lot of different players and he continually gets his team back and find ways to win, I put him at the best already even if he doesn’t win today.” 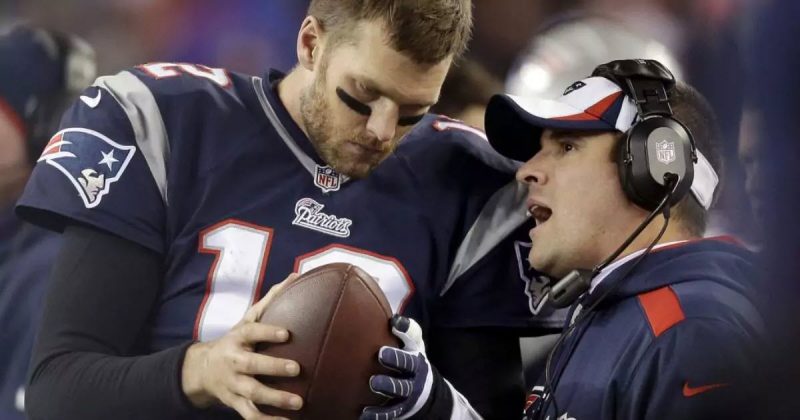 He may not have the precision of Joe Montana, the arm of Terry Bradshaw, the grit of John Elway or the mind of Peyton Manning.

What Tom Brady does have are the numbers. And, win or lose in the Super Bowl on Sunday, he has built as strong a case as anyone that he is the greatest quarterback ever.

A Patriots victory would give Brady his fifth Super Bowl ring, and put him one notch ahead of Montana and Bradshaw for the most ever for a quarterback. But the “Greatest” debate was, in many minds, resolved even before kickoff because of these two numbers: seven Super Bowl appearances and 22 playoff wins, both records that will be difficult for anyone to catch.

“In my mind, it’s already set,” Kurt Warner said earlier in the week, before being elected to the Hall of Fame, where Brady will join him someday. “We all have different takes and different things that say someone’s the greatest. At the end of the day, he’s going to have more of these (Super Bowls) than anyone else. The fact you play in seven Super Bowls, it’s ridiculous.”

The postseason success not only represents Brady’s ability to perform when the stakes are highest, it reflects his ability to keep the Patriots in the mix during their best years, and even the seasons that aren’t so good.

Since taking over the starting position in 2001, Brady’s teams have missed the playoffs only once, in 2002 (they also missed in 2008, when Brady was injured). Since then, they have strung together double-digit-win seasons and playoff appearances every year. Brady has made mediocre rosters good, good rosters great and helped lift the great rosters to championships.

Some say he should have six rings. Brady got outplayed in two Super Bowl losses to the Giants, including in 2008, when New England was trying to close out a perfect season.

Mere quibbles in this discussion.

“As much as I love John, it’s hard to say Brady is not the greatest,” said former Broncos running back Terrell Davis, also a newly announced Hall of Famer, who teamed with Elway for two titles. “Let’s be honest there. What we’ve seen him do with rosters that other teams would’ve gone 2-14 or 3-13 with, this man has taken to championships. You can’t ignore that fact.”

Brady’s 28 touchdowns and two interceptions since he returned from his season-opening four-game suspension for “Deflategate” set the record for best TD-interception ratio in a season. He has 61,582 passing yards, which ranks him fourth all-time. He has never had a completion percentage under 60 in any season.

Though Manning won the two most recent big games between them – the 2014 and 2016 AFC title games – before heading into retirement, Brady got the best of his main rival throughout their long side-by-side careers. He won the overall series 11-6. Manning won five MVP awards to only two for Brady, but in the Super Bowl, Brady captured three of those to one for Manning. Manning closed his career with two titles; Brady’s final total: TBD.

“I’m a little biased, I had a guy for 11 years,” said Reggie Wayne, one of Manning’s favorite targets in Indianapolis. “But if Tom Brady wins this one, it’s kind of hard not to say he’s the best quarterback of all time.”

It seems like a foregone conclusion, in large part because Brady is showing no signs of wanting to step down. He turns 40 in August and has talked about wanting to play until he’s 45, or longer. He takes meticulous care of himself and, in many ways, finds that easier to do now than when he was younger.

“It gets easier because you have priorities,” he said. “If one of my priorities is to be a great quarterback, everything else falls in line.”

Willie McGinest, a teammate of Brady’s when the quarterback took over the starting job for Drew Bledsoe in 2001 – the first Super Bowl season – said Brady was prepared from Day One.

“You see guys get injured and the guy who comes in doesn’t do so well,” McGinest said. “It’s tough to do that and win football games, let alone be the best in the game from the time he took over until now.”

For years, a debate has percolated about whether Brady would be what he is without his coach, Bill Belichick, and vice versa.

Doesn’t matter, Warner says. The former Rams and Cardinals quarterback says that more than any specific throw, any single run to the championship or any one statistic Brady has compiled, he is great because he’s been great year after year, regardless of the players or sometimes-challenging circumstances surrounding him.

“We’d all love to be in one place, stay healthy and see what we could do, but we all don’t get that opportunity,” Warner said. “For him to have that opportunity and take advantage of it the way he has, you admire it. Especially when you know it’s the most difficult position in sports to play.”