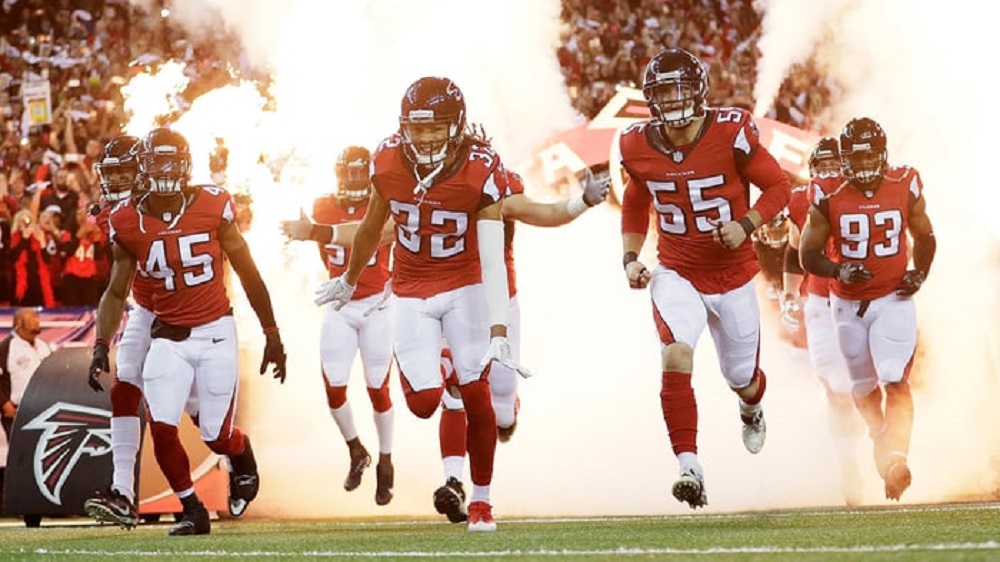 Super Bowl 51 is just about to air, but you can bet those bets will be taken all the way up to opening kickoff. Doubts have risen highly about backing the New England Patriots as a three-point favorite while the Atlanta Falcons have broken out as the underdog.

Thankfully, there are other options to consider.

One way is to bet on the total of the game, choosing whether the amount of points scored will go Over or Under 58.5 points. Another great way to get some action on Super Bowl LI is to pick one of the plethora of prop bets that books are offering around this highly-anticipated matchup.

Below are my five favorite prop bets for the Super Bowl.  As you can see with the props below there is a bit of a theme – OVERs.  I do like the ‘over’ in this game for the total, but even if it does fall under the total it could be a very high scoring game, perhaps 30-27, which would coincide nicely these prop bets. 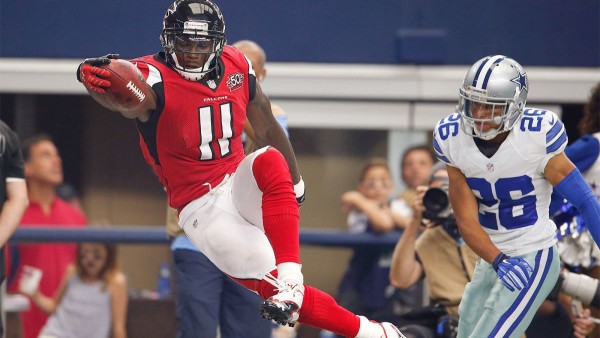 I originally thought that Patriots cornerback Malcolm Butler would be assigned the task of covering Julio Jones, but it appears as if Logan Ryan will be shadowing Julio.  In the two games the Patriots have played in the 2017 NFL Playoffs, Ryan has been thrown at a total of 21 times. He allowed 13 receptions (61.9%) for 92 yards while giving up no touchdowns and racking up an interception and three defensed passes.  These are respectable stats, although that one of those two games came against Brock Osweiler and the anemic Houston Texans‘ offense.  Ryan now has to face Jones, perhaps the best receiver in the game today, with Matt Ryan—the league’s recently crowned MVP—throwing the ball him. And while Ryan has had a good postseason so far, his regular season numbers were just average. The defensive back allowed a 68.6% completion rate and a 90.6 QB rating against.  In comparison, Aqib Talib of the Denver Broncos—a former Patriots and widely regarded as one of the best corners in the NFL—allowed a 53% completion rate and a QB rating of 49.5 against.  Julio Jones needs seven catches to cash the over on this prop bet, which is something he did in exactly half of his games played this year, including contests in which he had been dealing with foot injuries. He has caught seven or more balls in every game that he has been targeted nine or more times, and I expect the Falcons to employ their top weapon often in the Super Bowl.  While the Patriots are known for trying to shut down their opponent’s No. 1 wideout and usually have success, Julio is unlike most other receivers. The Pats just don’t have a shutdown corner capable of slowing this beast down.

Sanu lined up in the slot 59% of his snaps during the regular season, and with Logan Ryan (who usually covers the slot) expected to be on Julio Jones in this game, it looks like Patriots cornerback Eric Rowe will match up with Sanu quite a bit.  Rowe has improved since his poor rookie season but still has been the worst-graded of the three Patriots corners that see the field most often. For this bet, Sanu needs four receptions for a push and five or more for a win.  He has caught four or more passes in eight of his 17 games played this season.  While this is not promising at first glance, the main reason to like this bet is that the Falcons should be forced to throw more than they have in many of their games this year.  The Patriots rank No. 4 in DVOA rush defense and should be able to contain Atlanta’s rushing attack.  The Falcons played three games against teams ranked in the top-six for rush DVOA (the Arizona Cardinals, plus the Seattle Seahawks twice).  In those three games, Matt Ryan threw the ball 42, 37 and 34 times. Sanu caught 8, 5 and 4 passes (on 8, 10, 5 targets).  Lay a bit of chalk here and take the OVER on four receptions.

The Falcons defense isn’t that great overall, and their main weakness is a rush defense that ranks 29th in Rush DVOA.  The reason for a low total here on Blount’s rushing yards is that the Patriots regularly employ three running backs, with James White and Dion Lewis splitting snaps with Blount.  Blount had just eight carries against the Texans in the Divisional Round but did manage to pile up 31 yards in that game.  He followed that up with 16 rush attempts for 47 yards against his former team in the Pittsburgh Steelers. While it was not a great game on the ground, the Steelers rank just outside the top-ten in Rush DVOA.  Although the eight rush attempts against Houston might scare people away from taking the Over with Blount, it is important to realize he missed a lot of that week’s practices with a sickness and was not 100%.  He finished out the regular season with rushing attempt numbers of 18, 18, 17, 20 and 14.  With the Houston game excluded, he’s been averaging 17 carries per game.  If Blount were to get 17 carries in the Super Bowl, he would need just 3.5 yards per carry to rush for 59.5 yards and get over this total.  He is projected to get about 14-15 carries by the sportsbooks, so using 14 carries as a projection, Blount would need to average 4.2 yards per carry to cash tickets on the over.  His season average was 3.9 yards per carry, but this is one of the league’s worst rush defenses and Blount was often employed to salt the game away with a heavy lead late in the contest.  The Pats have faced two other opponents that rank close to the Falcons in Rush DVOA (The Buffalo Bills twice and the San Francisco 49ers once).  In those three games, Blount averaged 2.4, 4.2, and 6.5 yards per carry.  With the Falcons worrying about superstar quarterback Tom Brady, Blount should do a enough damage on the ground to get over this rushing yardage total.

Edelman should see a lot of Falcons cornerback Brian Poole, who has lined up in the slot on 81% of his snaps.  Poole allowed a completion rate of 65.8% and a QB rating against of 90.0 against when targeted during the regular season.  In his two postseason games, he has graded out as the worst Falcon in coverage, and has allowed six receptions on eight targets for 83 yards.  He will be busy this Sunday while covering Edelman, one of Brady’s favorite targets. During the Patriots current nine-game winning streak, Edelman has been targeted at least eight times per game and 10+ times in eight of those.  He has 8, 8, 8, 7, 6, 5, 8, 8, and 8 catches over those games, meaning he would have cashed this prop bet in 6 of 9 games. Although I expect the Patriots to try and utilize a balanced attack, Edelman will still see a high volume of targets against a below average Falcons secondary. I expect him to bring in at least 8 receptions, so I’m taking the OVER here.

As you can see from the above props,  I don’t believe the offenses will have much trouble moving the ball in this game and defenses will struggle to make stops.  We have two of the most efficient offenses in the NFL, with both ranking inside the top-ten in red zone touchdown scoring.  I’ll take the UNDER on field goals for that reason. Expect three or fewer field goals as kickers Stephen Gostkowski and Matt Bryant sit on the sidelines watching the points come from touchdowns. 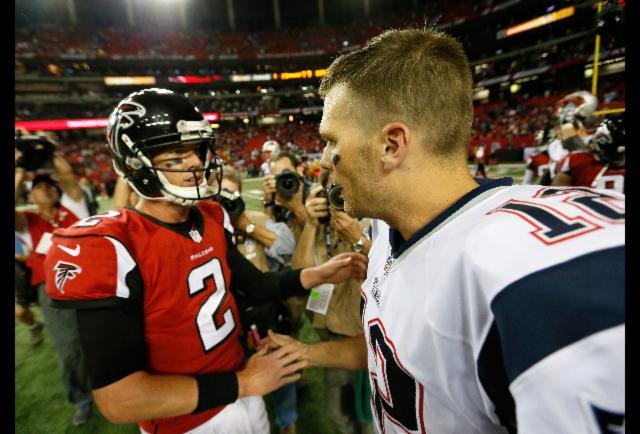 A bettor using his phone app put $1.1 million on the Atlanta Falcons plus 3 points in the Super Bowl, part of an influx of money that could make Sunday a record day in Las Vegas sports books.

Sports books around the city said betting was strong leading up to the game, with a good chance the action will top the record $132.5 million wagered on last year’s game between Denver and Carolina.

“I wouldn’t bet against it,” said Jay Kornegay, who runs the sports book at the Westgate Las Vegas. “It will be close, but I think we could easily set another record.”

The unidentified bettor who wagered the $1.1 million was a customer of CG Technology, which operates a string of sports books in the city. The bettor will get $2.1 million back if the Falcons win the game or lose by 1 or 2 points.

“For a Super Bowl a bet of that size is not all that unusual,” said Jason Simbal, vice president of risk for CG Technology. “Historically we’ll generally take a bet of $500,000 and up on the Super Bowl.”

Simbal said the line at his company’s books did not move on the big bet, largely because of a number of smaller bets made on the New England Patriots. He and other bookmakers said there was such strong action on both teams that the line hasn’t moved off 3 points since it was first set nearly two weeks ago.

“We’re pretty balanced, with 53 percent of the money on the Falcons,” Simbal said. “It seems like everybody else is in a similar position, too.”

At the Westgate, Kornegay said the betting line was 80 deep Saturday afternoon as bettors who had been studying the line for the last 12 days began putting money on their favorite. Kornegay said bookies were getting such good two-way action that there is almost no risk of losing money on the biggest bet game of the year.

“It’s a very comfortable booking game for us,” Kornegay said. “We pretty much know what we need to do and it’s very easy to position yourself there with not much effort.”

The situation was similar at the South Point hotel-casino, where veteran oddsmaker Jimmy Vaccaro was enjoying a relatively relaxing day Saturday.

“This is a bookmaker’s delight,” Vaccaro said. “We haven’t had to move one number, one side, one total or the money line.”

Nevada sports books made $13.3 million on last year’s game, which drew a record handle. That was in line with the 10 percent books charge bettors as the vigorish or “vig” as it’s known in the industry.

Bettors can wager on hundreds of so-called “props,” or proposition bets at most books that include everything from who will win the coin flip to whether the game will go to overtime. The props have taken on a life of their own in recent years, with books trying to outdo each other with new offerings.

At the William Hill string of books, one bettor wagered $500 that the Patriots would score exactly 46 points. The odds against it were 150-1, meaning the ticket would cash for $75,000 if it hit.

Vaccaro, who has been running sports books in Las Vegas since the late 1970s, said he can’t remember a Super Bowl where there was almost no movement on any of the lines.