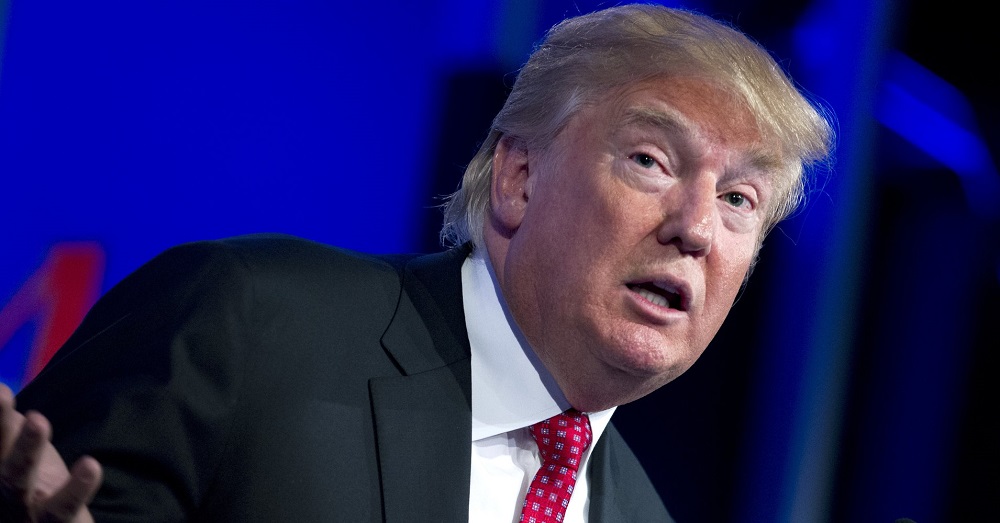 President-elect Donald Trump got many people wondering if he’ll have a huge impact on the famous Roe v. Wade rulling from 1973. He commented that women can just go to another state if their state suddenly makes abortion illegal, sending an ominous signal.

Roe v. Wade, the 1973 Supreme Court decision legalizing abortion nationwide, could be in jeopardy under Donald Trump’s presidency. If a reconfigured high court did overturn it, the likely outcome would be a patchwork map: some states protecting abortion access, others enacting tough bans, and many struggling over what new limits they might impose.

Trump, who will have at least one Supreme Court vacancy to fill, has pledged to appoint “pro-life” justices who potentially would be open to weakening or reversing Roe. With one seat vacant, the high court now has a 5-3 majority supporting abortion rights, and thus one of those five would need to vacate his or her seat to give the court an anti-abortion majority.

Trump broached that possibility in an interview aired Sunday night on CBS’ “60 Minutes,” suggesting that a reversal of Roe would return the matter to the states, leaving it up to their legislatures to decide the future of abortion access.

Asked about the likelihood that some women would face abortion bans in their states, Trump replied, “Well, they’ll perhaps have to go, they’ll have to go to another state.”

Supporters of abortion rights concurred with that analysis.

“If Roe were overturned, we would likely return to a patchwork quilt of laws, which would force women onto the road even more than at present,” said Dr. David Grimes, a North Carolina obstetrician-gynecologist.

Grimes was alluding to the fact that many states under Republican control already have forced the closure of some abortion clinics, confronting some women with the need for long-distance travel in order to obtain an abortion. While affluent women might be able to afford such travel, it can be an insurmountable burden for some low-income women.

“Is that the world we want, where women’s ability to get the care she needs depends on her ability to go to another state?” asked Jennifer Dalven, director of the American Civil Liberties Union’s Reproductive Freedom Project.

Anti-abortion leader Clark Forsythe, acting president and senior counsel for Americans United For Life, predicted that the states would break into three basic categories if Roe were overturned: Perhaps a dozen states would continue to make abortion widely accessible, another dozen or so would ban virtually all abortions unless the mother’s life were at stake, and roughly two-dozen more states would thrash out their response with debate among the public and in the legislatures. Forsythe suggested that some of those states might allow abortions in the first trimester of pregnancy while restricting or banning later abortions.

Among the states likely to maintain full access to abortion are those on the Pacific Coast and in the Northeast. South-central and southeastern states would be among those likely to impose bans, potentially leaving women in a huge, contiguous chunk of the United States with no nearby access to abortion providers.

“For many women, it’s not possible to traverse across multiple state lines,” said Nancy Northup, president of the Center for Reproductive Rights. “This could have tragic consequences.”

She said one consequence might be an increase in the number of women seeking to self-induce an abortion.

Florida, compared to other Southern states, has a large number of abortion clinics – more than 70, according to the most recent count by the Guttmacher Institute, a research group which supports abortion rights.

Laura Goodhue, executive director of the Florida Alliance of Planned Parenthood Affiliates, said the state legislature has been increasingly hostile to abortion rights, yet she was uncertain what would happen if Roe were overturned.

“A majority of Floridians support access to abortion, and don’t want to see it go away,” she said.

In the decades since the Roe decision, several states have kept or added anti-abortion laws that could take effect immediately if the ruling were overturned.

Among them is Wisconsin. Nicole Safar, director of government relations for the state’s Planned Parenthood affiliate, said a statute has been on the books since 1849 making it a felony for a doctor to perform an abortion in Wisconsin. Abortion is likely to remain legal in neighboring Illinois, but Safar said even that trip might be out of reach for many low-income women in Wisconsin.

“Illinois is and should remain an oasis for abortion care, but we can’t be complacent about that,” said Brigid Leahy, director of public policy for Planned Parenthood in Illinois. “I don’t think our legislature is poised to pass a ban should Roe be overturned. But things can always change.”

Vicki Saporta, president of the National Abortion Federation, said a reconfigured Supreme Court might address an abortion case by leaving some aspects of Roe in place, but chipping away at it to allow a broader range of restrictions.

“It’s not so easy to overturn Roe,” she said. “Women in this country would not stand for it.”

Anti-abortion leader Marjorie Dannenfelser of the Susan B. Anthony List also predicted that a “chipping away” of Roe might be more likely than its total reversal. She said Congress was likely to pass a ban on most abortions after 20 weeks of pregnancy, and states would feel more emboldened in passing tough anti-abortion laws.

“Roe is already in shambles,” she said.

“Our state affiliates have been working to pass laws, but they run up against Roe,” she said. “If Roe were overturned, it would allow us to fight in each state.”

Professor Michael New, an abortion opponent who teaches economics at Ave Maria University in Florida, said he would welcome a reversal of Roe even if abortion policy in many states remained unchanged.

“It would restart a serious debate about the sanctity of life issues in the United States,” he wrote in an email. “This is a debate that pro-lifers welcome.”