Home All News Politics Why DACA is important 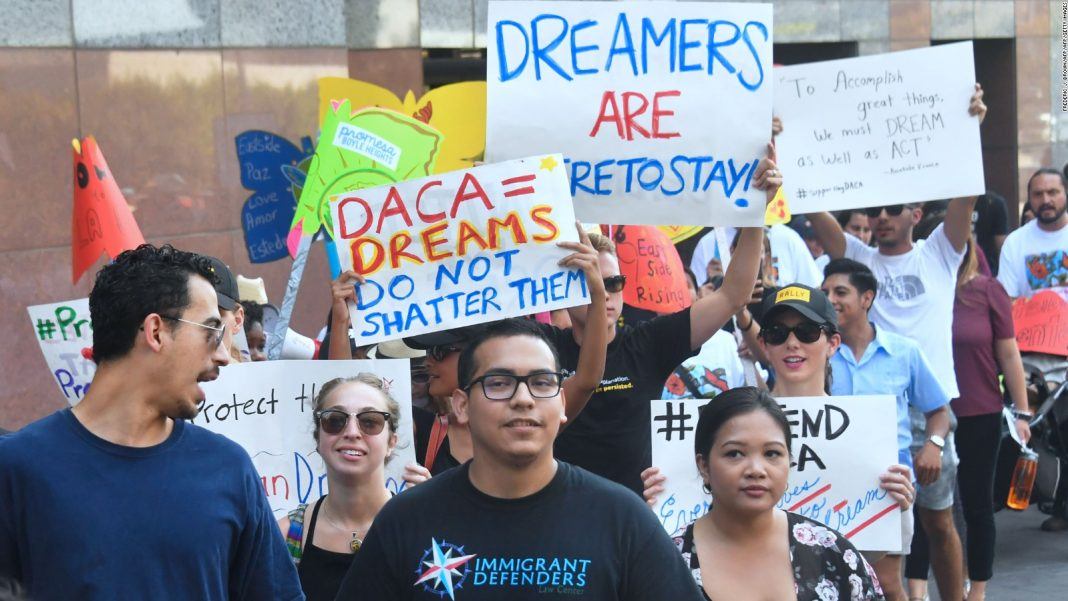 There is no greater threat to the ongoing existence of mankind, nothing more dangerous to the peaceful living of all people, no segment of this globe more hypocritical than the privileged white man; than the white man who believes that the world belongs to him and dares anyone to tell him differently. That white man who has all power and yields it in whatever direction he chooses, at the cost of all those in his path; the casualties of his ill fated, elitist, “because I can” war. In a society where the selfish, self-centered white man rules over the rich and poor alike, those without the means to protect themselves financially, physically and mentally are mere pawns in the sick games these men play for sport. And to the dismay of those of us who believe in a world where dreamers of all backgrounds, nationalities, ethnicities and social statuses have a God given right to pursue their God given dreams, we are seeing the rapid deterioration of all things we hold near and dear. The repealing of Deferred Action for Childhood Arrivals (DACA) is a monumental move that will stand as a repulsive, heart wrenching and defining moment of Donald Trump’s sham of a presidency.

Since he took office, #45 has made it overwhelmingly clear that access to a dream fulfilled is only reserved to the white people who are willing to shit on everyone else to get what they want. If you are a member of the Caucasian race who cheers, silently or aloud, during moments like this, I am unapologetically talking to you. Trump has given his people every opportunity to live out their white supremacist ideals. Being the old, rich white guy that he his, his personal ethical system and the values by which he lives are founded on bigoted principles that keep the brown man in jail, the black single mother working in poverty and the Latino living paycheck to paycheck. How dare Trump and his supporters fix their mouths to say that DACA is a privilege to those who enter this country? Their privileged way of thinking and their hypocritical outlook on life blinds them to the fact that there should be no need for DACA in the first place. The root of the matter is this – America, historically, not the whitewashed malarkey we learn in social studies, belongs to the very ones Trump is trying to get rid of. Not to white people or even African Americans. The Natives and Mexicans were here long before white folks invaded, murdered and conquered them and long before black people were brought here to suffer centuries of hard labor. Everything about Trump’s plan to repeal DACA is wrong, and the only American spirit it invokes is the same one that continues to severely oppress marginalized groups for their own gain.

Make no mistake; Trump’s agenda is coming for every single marginalized segment in America. He will continue to wage war on black people. He will not stop until every hombre is deported. He is determined to suppress, kill, steal from and quiet the Native Americans. LGBTQs are on his list (and those that support them). Women, mostly those of color but also the white ones who consider themselves trailblazers, need to watch their backs. If you are poor, his goal is to make you no more in America. You cannot get ahead, cannot get a break, cannot take a breather. It used to be exhausting for black people to be black in America, but now, it’s exhausting for countless groups to be whom and what they are in America. This is Trump’s doing. We must never let him off the hook for what he has done.

I am sick of white hypocrisy. Countless folks have taken to social media to express their pleasure in Trump’s latest blow to hard working, law abiding people who just want to make a life for themselves. I have seen the most disgusting, heartless posts from people who claim to be patriots. Oh, how convenient it is for those of the shrinking white population to forget the part in history where their “pilgrim” ancestors stole this land. They opportunely like to lessen the effects of white supremacy on people of color in this country, then and now. Furthermore, by asserting that the elimination of DACA is in any way a good thing, they are forgetting the central theme of America’s history – white people to do others what they want, but can’t be done unto them because of the system of racism. If the shoe fits, walk in it!

How can you cheer for a move that will strip people from the only home they’ve ever known? How can you say that doctors, lawyers, engineers, and others who are contributing members to society, don’t belong here? Where is the justice? Where is the compassion? Where is the realization that in 2017, this land that hundreds of millions of individuals inhabit does not and WILL NEVER belong to just one group of people? That’s what privilege does to you though. It makes you believe that if you do enough f@*ked up things to the people you deem unworthy, you will eventually win. But I am so happy to tell all the bigots, sexists, racists men and women that your hate and bias, rooted in white supremacy, will never win.