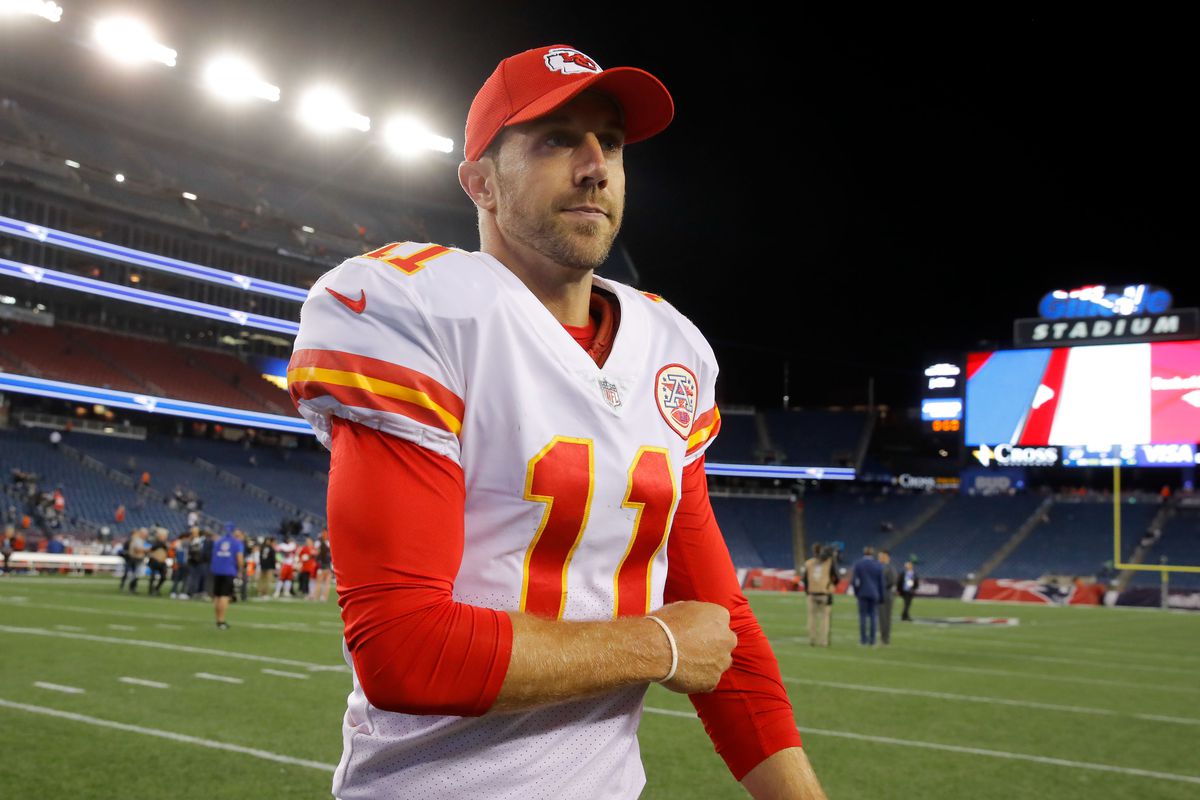 The Kansas City Chiefs handed the defending Super Bowl champion New England Patriots their severed ring fingers on a silver platter in the NFL regular season opener, thanks in part to the phenomenal play of quarterback Alex Smith.

Smith, for all intents and purposes, had a perfect game, and all of a sudden, the Chiefs look like the team to beat in the AFC. But even completely outplaying last year’s Super Bowl MVP isn’t enough to secure a roster slot in Smith’s mind. When asked about his future with the Chiefs franchise, Smith seemed overly pessimistic.

“Yeah, you know, for sure it absolutely does, without a doubt,” said Smith when asked if this feels like his last season in Kansas City. “And I only say that because that was exactly my mindset when I got traded here was no different. Like this could be my only year here, right? I just think you become a veteran. Structurally, the contracts—the guarantees are less, and that’s just the reality, right? Like you got to prove yourself year in and year out, and if you can’t get the job done, every team’s gonna go try to find somebody else they can, right? I mean that’s the reality of the deal.”

It sounds like someone lost all his confidence after Colin Kaepernick replaced him, right? But, of course, Smith will need to continue the high level of play throughout the season. If the Chiefs win the division and a playoff game or two, however, I have a hard time believing that Smith will be a free agent come next season.

With Patrick Mahomes sitting behind him, though, Smith can’t make any missteps.

“I mean, I don’t care who you are,” continued Smith. “I mean, that’s the thing, right? You cease to be this developmental project—a rookie guy that’s on a rookie contract that maybe has a year to grow. You’re a veteran. You’re expected to perform and play at a certain level. And if you don’t, the team isn’t going to just keep going [with you]. They’re gonna try and find somebody else that can. And so, no different this year than every year. That’s just been the way it is. I don’t think that’s a bad thing either.”

I imagine watching your team draft your eventual replacement isn’t fun. For Smith, it must have been even worse. The Chiefs traded up in the first round to acquire Mahomes. The Chiefs are a good team in a position to make a deep playoff run, and instead of drafting some young talent to assist with that run, the team took a quarterback that they have no intentions of playing this season.

That’s something I would expect from a team like the New Orleans Saints who have an aging quarterback and a closed window, not a contender.

“Yeah, it was hard,” said Smith when asked about the Chiefs draft decision. “I mean, I knew we were potentially gonna take a quarterback. We hadn’t really spent a lot of draft capital on a quarterback since I’ve been here. So definitely knew it was a possibility. Like you said, though, I had a lot of expectations for us. We have a lot of expectations in it for winning now—like win now. We got this window of opportunity and let’s take advantage.”

Smith’s rant wasn’t over, however. He continued on about the pick and what it could have been used for, then began arguing with himself and defending the Chiefs’ decision because who knows what a first round pick will do for you anyways, right?

“Yeah, here was a draft pick that potentially maybe could have contributed, who now I’m hoping sits for a while, you know? That’s the reality of it. So, yeah, like it’s a tough pill to swallow a little. Man, we could have added this or this or this position, or this player. But I do think, regardless, for one, it’s out of our control. That’s not our job; we’re not personnel guys, we don’t get paid to do that. We get paid to go out there and execute plays and win games. And the other thing, and I truly believe this, I think is sometimes the best moves are the ones you don’t make. Sometimes the biggest moves were just bringing guys back. I do think the bulk of our team is back. That’s the reality. As flashy as draft picks are, the reality of them helping out in year one anyway, is not necessarily the case. That’s not the reality.”

You know, Alex, arguing with yourself out-loud can be a sign of old age (or going crazy). You might want to watch that when hanging around the Chiefs facilities given the current situation.