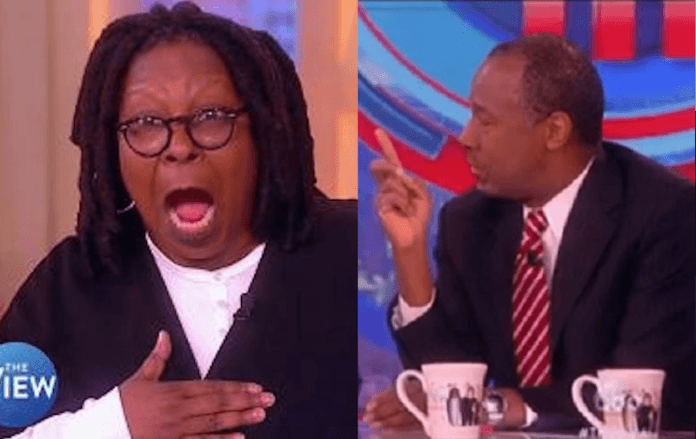 Whoopi Goldberg had her say on The View with Ben Carson on his Donald Trump endorsement, NeNe Leakes is back on Bravo’s “Real Housewives of Atlanta” with lots more coin, and Cynthia Bailey is hearing divorce bells again.

The ladies of The View took Ben Carson to task for his endorsement of Donald Trump. We all know that it is a strategic move by Carson and more than likely by Trump too. While most of the ladies had something to say to the neurosurgeon, Whoopi Goldberg was the most vocal and did not hide her disgust and confusion about the situation.

Joy Behar also lit into Carson, pointing out that he is ignoring facts about Trump’s character that should not be ignored.

Carson, who has clearly been coached on what to say, maintained that choosing Trump is choosing the lesser of two evils. He reminds the hosts and the rest of the world, that as with anything, “You have to look at the good and the bad.” When asked about Trump’s attack on Ted Cruz’s wife, Carson responded,

“I do not condone any of that, I don’t condone it from anybody… When you’re very nice, respectful, you talk about the real issues… Where does it get you? It gets you where it got me: nowhere… My point is he and some of the other politicians, they do what people want. They say what people want to hear.”

So now we’re giving passes to “politicians” for pretty much doing what Hitler did during WWII? That doesn’t seem like a bad idea at all. 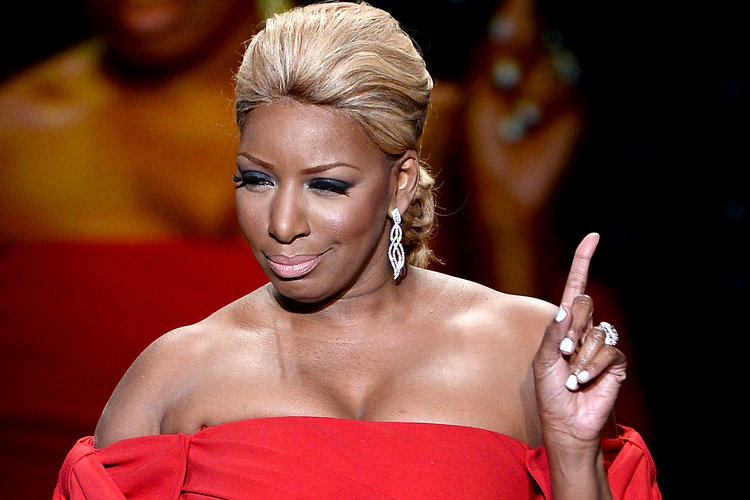 People can say what they want about NeNe Leakes, but this woman knows how to work a deal. Season eight of the Real Housewives of Atlanta was less than exciting, and with Bravo desperate to bring back the star to boost rating, it seems they are willing to do anything. And by anything I mean offering NeNe a reported $2.5 million to come back to RHOA. A source told Radaronline.com,

“NeNe is always a ratings plus for the show… And the producers want to make sure the show stays strong. The reason it stays strong is NeNe, so they’re throwing money at her.”

The source goes on to say that Kim Fields was a casting fail, and the show is scrambling to restore the fire it once had with NeNe as a full-time member of the cast.

“Kim Fields was not good… The show needed NeNe to make her interesting, and they know that.”

I have a love/hate relationship with NeNe Leakes. On the one hand, she is a hell of a businesswoman that you have to give props. On the other hand, she is cocky and full of herself.

I guess it is true; you have to be arrogant to get ahead in Hollywood.

For the life of me, I don’t understand why people continue to speak about their personal lives publicly even in the face of failing relationships. Cynthia Bailey recently revealed that the happy ending we saw between Peter Thomas and her during the season eight finale of the Real Housewives of Atlanta isn’t the reality she’s living today. The model told the radio show host of Reality Checked with Amy Phillips,

“At the finale, what you guys saw, we were definitely at a better place. I will say that Peter and I are not in a great place right now… I don’t know what’s gonna happen. I usually have all the answers for all the questions, but when it comes to my marriage, I just don’t know right now…. I just know that it’s not good right now.”

Cynthia goes on to say that her relationship with Peter has always been under the public eye, which we all know can put a strain on any couple.

“We’ve never been married outside of the show, and I don’t think that has helped us a lot… Maybe if we were married three years before we got on the show, that would’ve been better. I just have nothing to compare my marriage to outside of being on the show. Everything about our marriage has been difficult.”

Hmmm, well maybe Cyn it’s time to walk away from the show so that you can focus on your marriage. Just a thought.