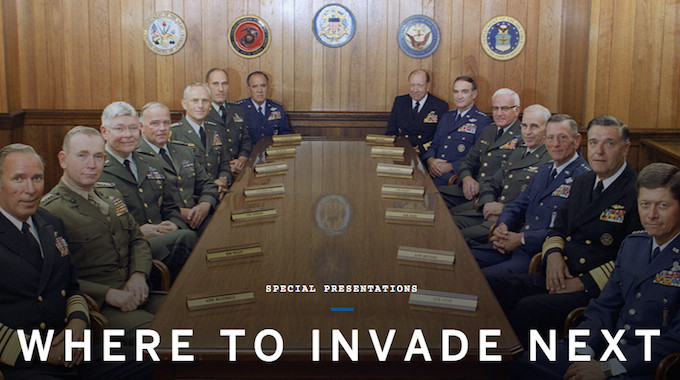 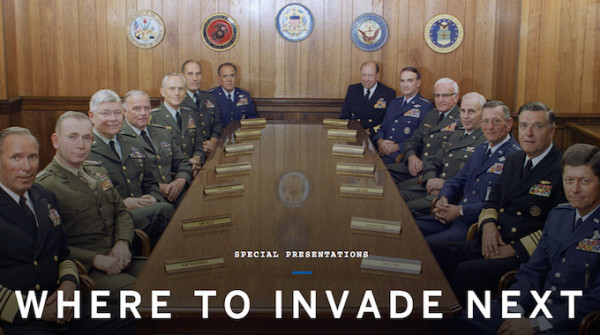 Academy-award winning director Michael Moore is back. This time he is bringing audiences a more light-hearted film called Where to Invade Next. The film’s basic premise is that Michael is “invading” other nations to see what America can learn from them and therefore, better itself.

Michael is best known for such films as Bowling for Columbine and Fahrenheit 9/11, where he never strayed away from telling what he believed to be the honest truth, no matter how much controversy his claims made. Despite having his fair share of critics, Michael’s films repeatedly performed well in the box office – with Fahrenheit 9/11 being the highest grossing documentary in history.

However, it has been six years since Michael has released a film and he has decided to make his return with a notably different approach. Where to Invade Next seems to be a much more humorous and fun project relative to his previous work. Although Michael still manages to get his digs in, as he plays up the fact the United States has invaded countless countries to yield unimpressive results.

In this film, Michael tells the Pentagon to “stand down,” as he takes it upon himself to do the “invading” for America. Michael takes this opportunity to actually show that “invading” countries can be constructive, beneficial and most importantly “without casualties.” The infamous film-director embarks on a journey to numerous countries, to see what ideas, innovations or cultural norms could be potentially useful to bring back to America. By listening and learning from a diverse range of people, Michael seemingly brings together a world that is often perceived to be at odds nowadays.

Various hot topics are covered in the film, ranging from the benefits of female leadership to the prison system. In addition, Michael’s global ventures enable him to compare European countries’ healthcare systems, gun control and education to the way such infrastructures are run in the United States.

Many of the studio executives behind the film noted that Where to Invade Next was a much more “uplifting” take on discussing relevant and important issues. Nonetheless, Moore ensures that he still includes various topics that should be considered and talked about, and not simply swept under the rug.

The film was initially premiered at the Toronto Film Festival. However, it has recently been sold to a distributor and will be released in theatres later this year. The distribution team commented on acquiring Michael’s latest film, saying, “Together with Michael Moore and his extraordinary new film we hope to remind Americans they have the inalienable right to laugh, especially in an election year. We’re thrilled about our new label and can’t think of a better film or filmmaker to launch with.”

From the trailer, it definitely seems like Moore believed a more light and humorous approach is the way to get people to listen and become informed about prevalent issues. He embraces his comedic flare, as he entertains new cultures and tries to expose how we as a world can learn from each other. It is nice to see a different side of the filmmaker, however, I am unsure whether this film will garner as much attention as his previous films, as it evidently lacks the controversial hype.

Nonetheless, the fact that its release is set for this winter (just before the US presidential primary), leads me to believe it will peak the interest of those wanting to become informed in some way for the impending election – even if its from sitting in a movie theatre.

The film premiered in America at the New York Film Festival on Oct 2, but unfortunately the general public will have to wait till December for its theatrical release.

Where To Invade Next Trailer