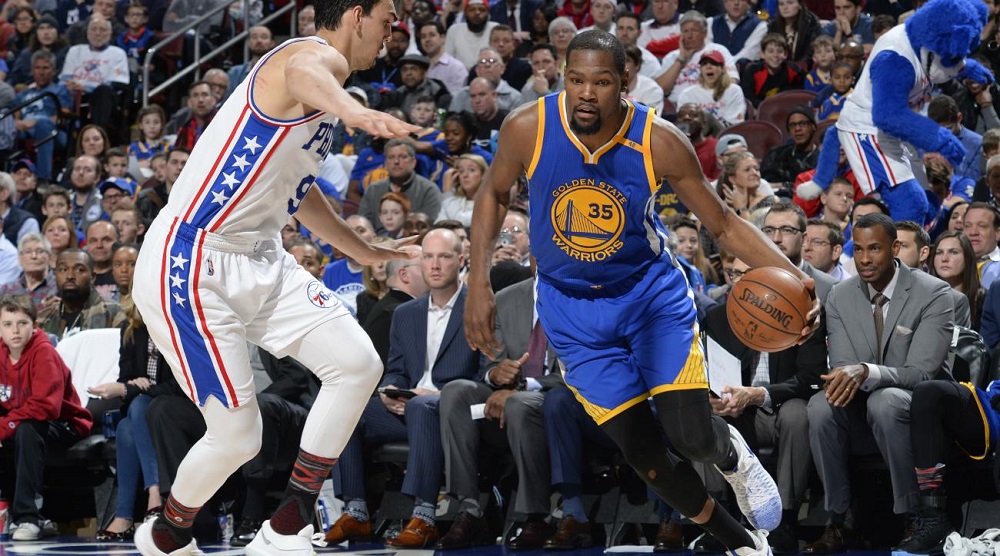 The Golden State Warriors are reacting quickly to the possibility that All-Star forward Kevin Durant could be out for the season due to a hyperextended left knee injury.

Durant was hurt Tuesday early in Golden State’s 112-108 loss to Washington and the Warriors said he would have an MRI exam. Results are expected Wednesday, but the Warriors aren’t waiting to line up another forward.

ESPN.com reported that Golden State would sign veteran swingman Matt Barnes. Barnes posted a picture on Instagram of himself in uniform from his previous stint with the Warriors from 2006-08 and wrote: “Coming back to where it all started!”

Durant left only 93 seconds into the first quarter. On a Wizards possession under their basket less than a minute into the game, Washington center Marcin Gortat tossed Golden State’s Zaza Pachulia aside. Pachulia stumbled and fell into Durant’s left leg.

Durant immediately clutched at his left knee, then hobbled around a bit. He stayed in for a few more possessions before limping off toward the locker room when Golden State called timeout. Washington led by as many as 19 points in the first quarter, which ended with the host ahead 40-26.

He took only one shot, which he missed, and left with zero points – ending a streak of 562 regular-season games (653, including the postseason) in which Durant scored at least 10 points.

The 2014 NBA MVP for the Oklahoma City Thunder and a four-time NBA scoring champion entered Tuesday averaging Warriors team highs of 25.8 points and 8.4 rebounds, along with 4.9 assists. Golden State fell to 50-10, still the league’s best record.

This was Durant’s first game in the nation’s capital since signing with the Warriors; the Wizards – and their fans – had hoped to try to sign him as a free agent last offseason.

It was also Durant’s first game against his former coach with the Oklahoma City Thunder, Scott Brooks, who joined Washington this season.

“I have a lot of respect for him and think he’s a great player. He’s happy where he’s at. We had a good run together. I’m glad he’s happy, I’m glad he’s successful, but he’s always going to be successful. He’s a worker; he competes,” Brooks said. “I got nothing but positive things to say about him, not one bad thing. … He’s a winner. I’ve said it for years, and I’ve meant it and I still mean it. The guy is a winner more off the court, and he handles himself with class and dignity and respect for the game and his coaches and teammates. You want … all your players to be a pro like him.”

Durant said before Tuesday’s tipoff that he used to get too worked up about playing in front of friends and family in Washington. But that’s no longer an issue, he says.

Asked what he anticipated the reaction from spectators to be, Durant said: “I don’t know. I don’t expect it to be anything.”

Well, it turned out to be quite a bit of loud booing during the Warriors’ pregame introductions. His teammate, Stephen Curry, heard cheers, on the other hand.

Durant said that during his first few years in the league, he put too much pressure on himself when playing at Washington “because I wanted to play well at home.”

Now, though, Durant said he tries to “approach it like a normal game.”