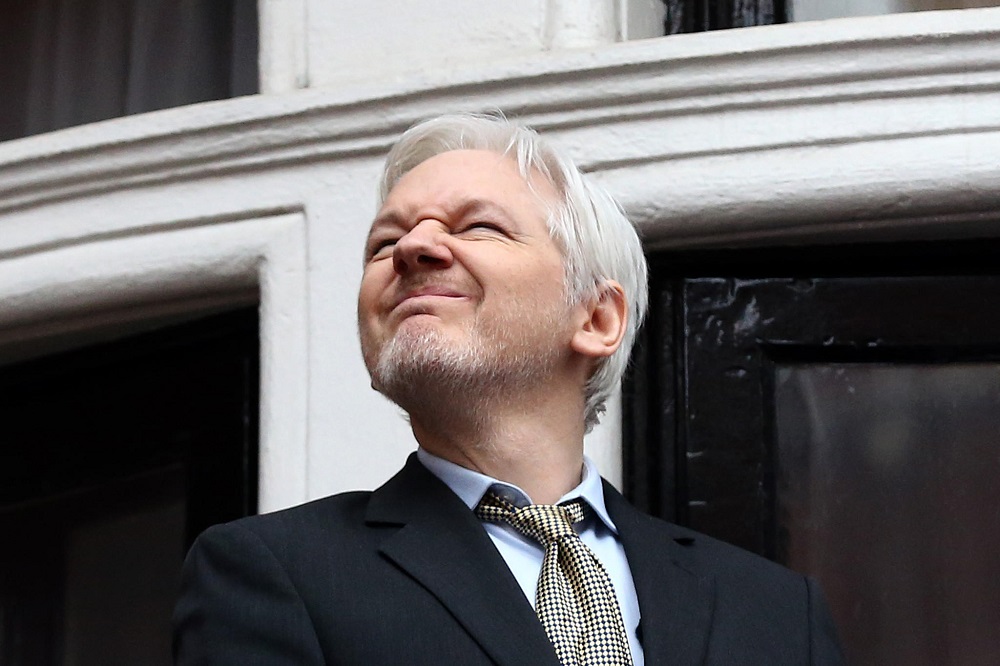 It’s only been a few months since WikiLeaks and Julian Assange dominated the 2016 presidential election with Donald Trump praising it along with Republicans. Now, it’s Wiki Who?

After taking office Trump seems to have forgotten that they even exist, and the company that helped paper the media with Hillary Clinton leaked e-mails has gone quietly under the radar.

So quiet, in fact, that most people didn’t realize that journalist Kristinn Hrafnsson was no longer WikiLeaks’ chief spokesman. Even in his own country, Iceland, most fellow journalists didn’t even notice his absence. Hrafnsson hasn’t updated his Wikipedia page, so that could be part of the problem as we know how reliable their information always is.

Now, that just leaves Julian Assange to fend for himself as the face of WikiLeaks.

“I’m not the WikiLeaks spokesman anymore,” Hrafnsson confirmed in a telephone interview with media outlets from Iceland on Tuesday. He said he was still doing work for WikiLeaks – and had chatted with Assange only a few days ago – but had relinquished the role of chief media representative for personal reasons.

“Being on the road for six years gets pretty tiring,” he added.

Hrafnsson’s move comes as Assange’s public profile is changing. His publication of Democratic Party emails in the heat of the American presidential election made Assange a hero for many on the right who had previously reviled the ex-hacker for revealing U.S. military and diplomatic secrets.

WikiLeaks is also changing, partially reinstating the Wikipedia-style user-driven editing that marked its early years and crowdsourcing some of its online public relations work with the help of a group called the WikiLeaks Task Force.

Hrafnsson acknowledged that his move was kept quiet, but said that had to be seen in the context of the ongoing U.S. investigation into WikiLeaks.

“In general, we try to protect our people,” he said.

Hrafnsson first met Assange after the latter’s 2009 exposure of a major Icelandic banking scandal turned him into an overnight hero in the tiny north Atlantic nation.

Hrafnsson traveled to Iraq in April 2010 to interview the children of the civilians gunned down by laughing American helicopter pilots – an act captured by the infamous video later published by WikiLeaks under the title “Collateral Murder” – and took up the role as WikiLeaks’ press representative after Assange was arrested in late 2010 over sex crimes allegations in Sweden.

The group’s previous spokesman, Daniel Domscheit-Berg, had earlier split with the group amid a bitter feud with Assange.

Hrafnsson became one of Assange’s senior lieutenants, and the tall, silver-haired journalist was often seen at Assange’s side during his winding legal battle against extradition to Sweden. Hrafnsson was the only person other than Assange authorized to receive sensitive information on WikiLeaks’ behalf and was one of only two other board members at Assange’s Icelandic media company, Sunshine Press Productions when it was registered in 2010.

People paying close attention to WikiLeaks’ site may have caught a hint about Hrafnsson’s changing role. In August, a new contact page described Hrafnsson as an “advocate” instead of “official WikiLeaks representative.”

The same page says that now only Assange can receive sensitive information on WikiLeaks’ behalf.

It leaves one wondering if part of the problem is that Assange may wind up becoming homeless again, if Guillermo Lasso becomes the next president of Ecuador in the April 2 runoff election. Lasso has always stated that as president he would immediately evict the WikiLeaks founder from their London embassy, where he’s had residency for four and a half years.

“The Ecuadorean people have been paying a cost that we should not have to bear,” Lasso told The Guardian a few weeks ago. “We will cordially ask Mr. Assange to leave within 30 days of assuming a mandate.”

Assange is still wanted by U.S. authorities for publishing countless classified documents in 2010. Many wonder if President Donald Trump will be giving the Australian a pass as he had quite the hand in releasing all those leaked Democratic Party documents.

Assange took residence in the Ecuadorean Embassy on June 19, 2012, after a failed legal battle to bring him to Sweden, where he is still wanted for an alleged allegation of rape.

British authorities have maintained that they will arrest him immediately upon his exit of the embassy. It seems that this is one election that even Julian Assange can’t pull to his advantage.