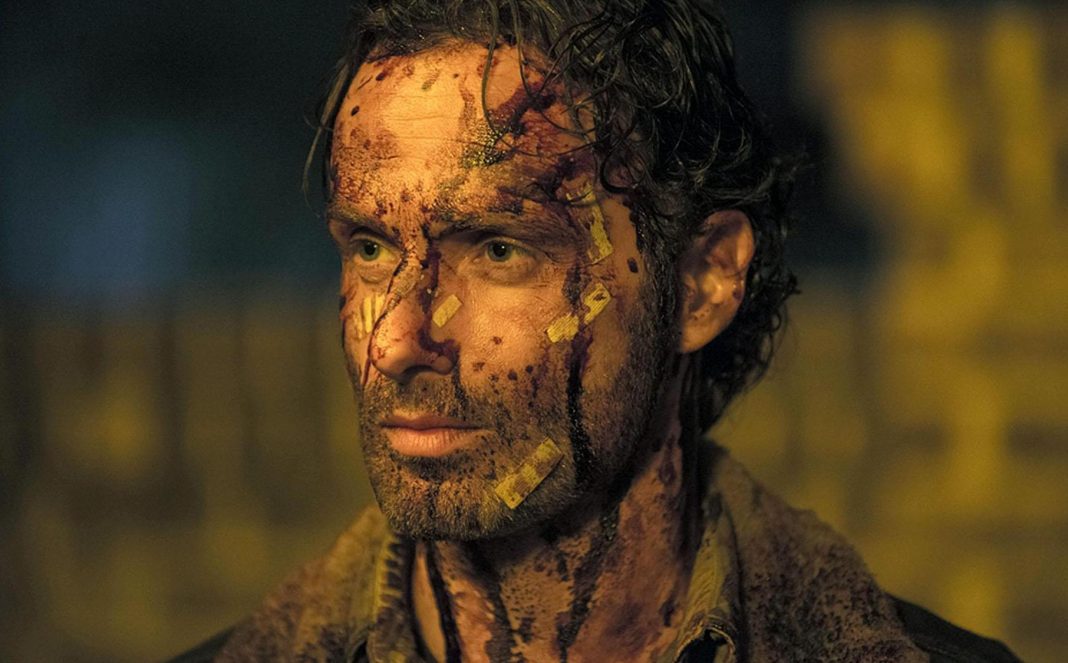 Just when you’ve gotten over that huge wallop of an ending from this season’s The Walking Dead finale, news hits that you’ll be able to experience it all over again this August when Anchor Bay Entertainment unleashes another huge box set of Season 5 walker goodness.

These sets are always chock full of killer blu-ray/dvd extras and great features, and as usual, our friends at Anchor Bay will have two copies for you lucky readers so keep your eyes open for that! We’ll have plenty of teaser images and trailers for you to check out leading up to the release also.

This was a crazy season but easily the best ever, with the best season finale in The Walking Dead‘s history. I can’t even remember how many deaths we had to deal with from long and some short-term castmates, but each one felt powerful in its own rite.

And we’ve not forgotten to give you Shane McLedon’s recap of the series finale as we wanted to make sure everyone has seen it before dropping in everything so tomorrow it’ll be hitting along with a cool article about the who you’ll love.

Here’s what they had to say to expect from the set:

For the past five years, we have followed the amazing tale of survival that is “The Walking Dead.” With the end of every season, comes the knowledge that– for the moment– we must part with the characters we have come to embrace. While it won’t be too long before their story resumes, Anchor Bay Entertainment proudly continues the tradition of offering fans one more chance to revisit the exciting season that was…

Until we meet again at Alexandria…