There have been a few great horror movie trailers to be released in the last week or so, and “Victor Frankenstein” is one of them. Although this film doesn’t appear to be out and out horror, it does appear to have a dark, Gothic flare to it. It’s one of those gothic/action hybrids that steals the horror story element, but twists the content into a new genre. This makes horror fans like me nervous because sometimes it works and sometimes it doesn’t.

The movie starring Daniel Radcliffe and James McAvoy definitely has the star power to get audience’s attention. What makes me a little skeptical of the movie (and I can’t be the only one) is the fact that it reminds me so much of the 2014 film “I, Frankenstein.” It was an action/ gothic/ CGI blend fest that didn’t blend very well at all. The gushing waves of CGI were so overwhelming that it almost became mind numbing. It was panned by critics and audiences alike.

Now one movie should never be based off of the content of another just because they have the same theme. So, to be fair, from the content of the trailer, this movie looks like it deserves a watch (unlike “I, Frankentein” did from its trailer). One thing is clear, the film has a very light hearted feel to it. There really doesn’t feel like there are any horror elements in it at all. Which is actually good for the box office numbers because more people will see an action film than a horror film.

It also has the “buddy” aspect going for it. Daniel Radcliffe and James McAvoy are both very charming actors who seem to have a lot of buddy chemistry going for them. So when the story line gets too ridiculous or the CGI is pounding your brain, we can lean back on the always heartwarming charm of Radcliffe and McAvoy. I personally really like both actors, and I’m sure they’ll have some great performances to offer the film. 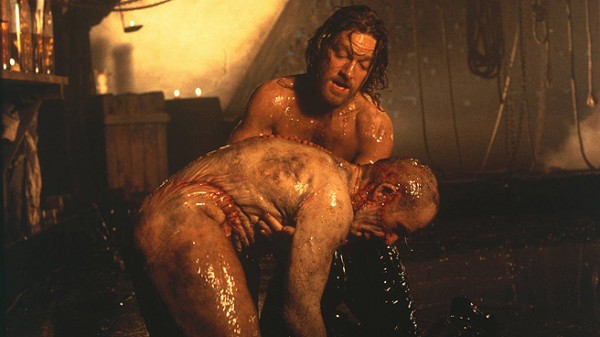 Let’s talk about the monster a bit, shall we? This film is clearly veering off-course quite a bit because the monster looks more like some twisted animal hybrid than a person. Though you only see flashes of the monster, what we do see is the monster running on all fours. In the original story, the monster is a disfigured, brutal, but intelligent human raised from the dead. In this, he is truly a monster. 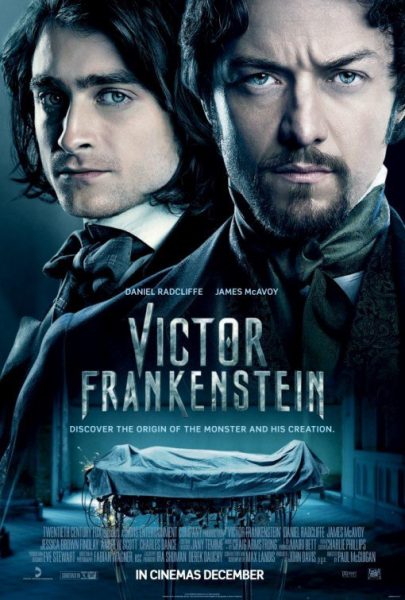 I’m a sucker for re-imaginings, and you can’t really tell the entire scope of the monster from the trailer. I’m not sure that Thanksgiving is the proper release date for this film. Although it may not be scary, how many people equate this story with the warm and fuzzy holiday? This alone could cost them ticket sales.

Hopefully, not all of the good parts are displayed in the trailer because there are so many action scenes it looks like we won’t be bored for a moment with this film!
Victor Frankenstein Movie Trailer