A new poll that came out in the N.Y. Post shows that the New England Patriots have lost some support due to DeflateGate. The polling shows that 41 percent of respondents believe New England intentionally deflated footballs in its 45-7 win over the Colts to win the AFC Title Game.

Don’t get it twisted. Hardcore Patriot fans are not jumping ship en masse. Although I did see a report on the NFL Network about a female Patriots fan who had decided to not even watch the Super Bowl due to the possible cheating of her favorite team. She quickly changed her mind after Bill Belichick went on the offensive with his press conference saying that he nor anyone on the Patriots team was guilty of anything at all. It doesn’t take much to convince the hometown crowd.

The rest of America is a little more skeptical of a team that was caught cheating before with SpyGate. The poll showed New England to now be closing in on Dallas as the most hated NFL franchise. The Pats do have the lowest favorability percentage of any NFL team. That stat is a little skewed as they are one of two teams still left standing and the only team accused of cheating. The Raiders and Falcons are not exactly on the national radar right now. 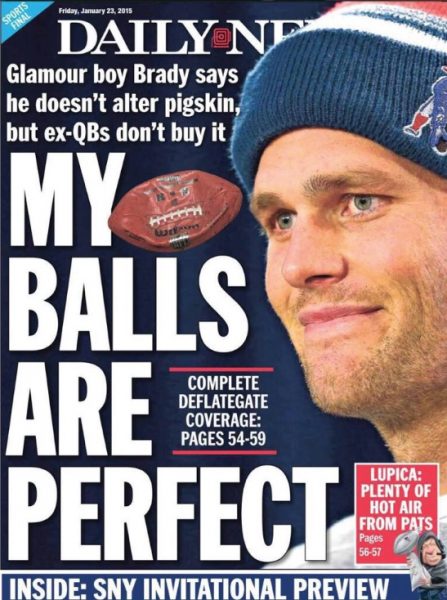 Seattle is a clear fan favorite according to the poll. Respondents to the survey want Seattle to win the big game instead of the alleged deflaters. That is a big contrast to last year’s buildup to Denver v. Seattle. Richard Sherman garnered a lot of hatred after his post NFC Title Game rant with Erin Andrews. Peyton Manning lovers wanted the Hawks to get their come-up-ins on Super Bowl Sunday.

What does this poll have to do with the actual game? Nothing much. It is for guys like me to discuss and fans to talk about with each other. It is also a good starting point for any signs being made for the pregame. I can see it now: “78% of America believes Tom Brady has deflated balls.” The game will be played on the field and all these polls and pubic opinion won’t matter once the first hit is made. It will be man on man to decide the best football team in the world this Sunday. 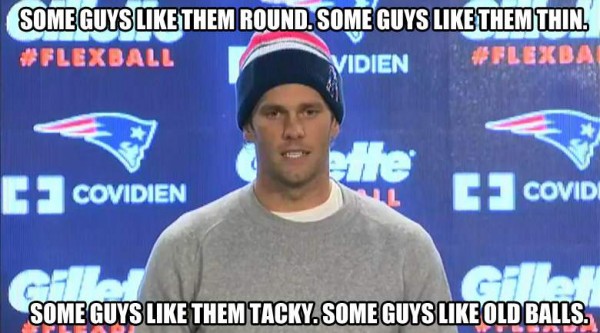 How will history look at the Patriots’ alleged cheating? I would say that they will never be perceived as a clean champion. The N.Y. Post article points out Brian Billick’s assessment that Belichick stopped winning Super Bowls as soon as the NFL halted him from spying on other teams. That is true, but it’s not like the Patriots were blown out in the past two Super Bowls versus the Giants.

Champions in any sport don’t want their accomplishments questioned, but when there are multiple instances of cheating, that is going to be a reality. Even if the deflating is never pinned on a Patriots team member, the perception will be that someone high up in the franchise played a role.

Ultimately I don’t think this will bother Belichick or Tom Brady when it comes to a historic look at their dynasty. Most highly successful people just keep moving forward and don’t worry about public perception. If you have ever seen a Bill Belichick presser, you know he does not give a damn about what people think. 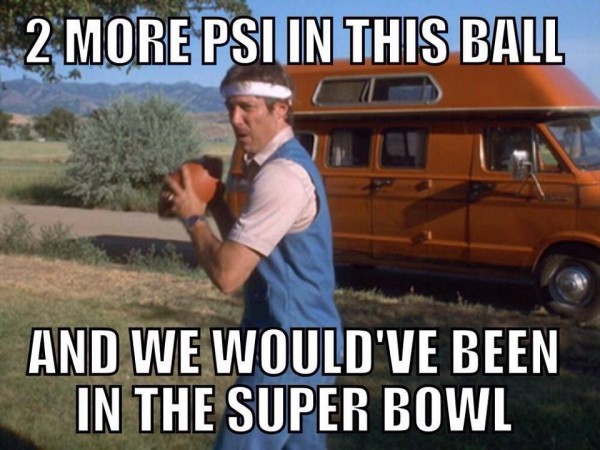 This poll is an interesting one and it will stir up even more talk heading into Super Bowl weekend. But once the game is over and a champion is crowned, there will be no taking that away. If New England ends up on top then their name will never be erased from the record books, poll or no poll. That is all they care about. The Patriots may be historically accused of cheating, but they can never be accused of not trying.