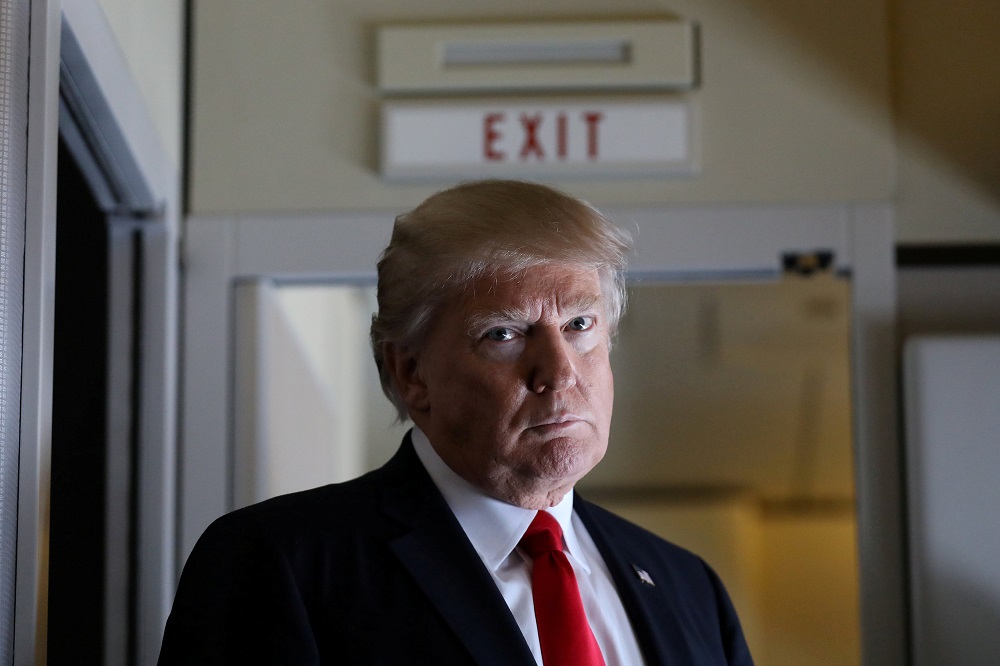 If you’ve heard about Donald Trump‘s travel ban (not an immigration ban, he says), but are still confused on to what exactly all the fuss is about, you’re not alone.

Trump isn’t doing himself any favors by publically slamming federal judges and the lawyers in this case. The fact that his executive order is in front of judges is a shining example of America’s checks and balances system. This keeps a person in power with autocratic intentions from being able to succeed.

He is known for his ‘alternate facts’ and continually repeating them in the seeming hope that they will miraculously become true so that creates confusion amongst his supporters. They want to believe in him and hope for his success, but he keeps creating his own oil slicks for everyone in his universe to slide around on and hope to not crash into something.

His meeting yesterday was alarming when you hear his every complaint and slam about our federal court system. It may not always be perfect, but it’s there for a reason and trying to devalue it’s judges the same way he’s trying to do it with the media is very dangerous.

It’s now Day 20 of his presidency, and it would be great to think these words and actions were just stupidity, but they’ve been repeated and done way too many times now.

You can read the entire transcript here. 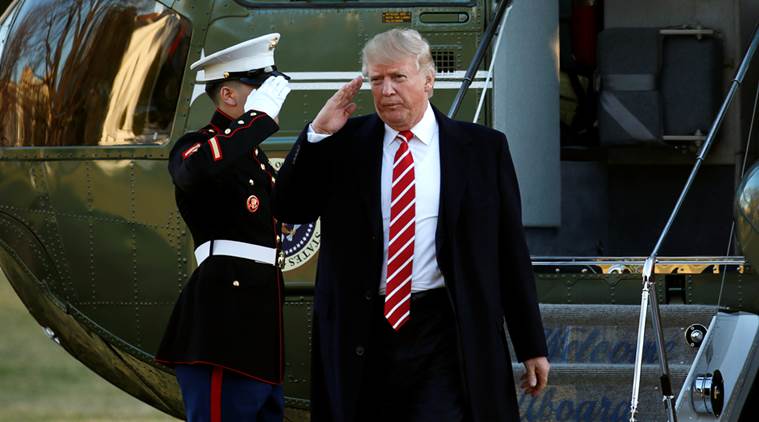 President Donald Trump says it doesn’t take a lawyer to see that his order banning visitors from seven Muslim-majority nations is a “common sense” move to protect the U.S. from terrorists. He says even a bad high school student could figure that out.

But critics, who won an early skirmish in the legal battles over it, describe the order as unconstitutional and discriminatory against Muslims and say that it has caused hardships for families, businesses and universities.

The order is on hold for now while federal courts consider the matter. With the process likely to take weeks or months, here’s a glossary to help follow the legal doings.

EXECUTIVE ORDER: At issue is Trump’s order of Jan. 27 entitled: “Protecting the Nation from Foreign Terrorist Entry into the United States.” The 3,100-word order would temporarily ban visitors from seven mainly Muslim countries with terror ties, halt the entire U.S. refugee program for four months and ban Syrians from the U.S. indefinitely.

TRAVEL BAN: There’s a dispute over what to call the order, routinely referred to as a “travel ban.” Trump himself has called it a “ban” at times. But his press secretary says that’s not a fair characterization since plenty of people continued to flow into the United States when the order was in effect. Trump tweeted on Feb. 1: “Call it what you want, it is about keeping bad people (with bad intentions) out of country!”

TEMPORARY RESTRAINING ORDER: Trump’s order is on hold for now because a federal judge in Seattle last week issued a temporary restraining order “to preserve the status quo” until the courts have a chance to explore legal arguments on the constitutionality of the order. The ruling by U.S. District Judge James Robart, appointed by President George W. Bush, incensed Trump, who referred to Robart as a “so-called judge.”

EMERGENCY STAY MOTION: Trump’s legal team has asked the San Francisco-based 9th Circuit Court of Appeals to issue an “emergency stay” that would allow the president’s order to go back into effect while the courts consider the merits of the case. A three-judge panel from the 9th Circuit heard arguments Tuesday and a ruling is expected within days. Trump’s lawyer told the judges that rather than issuing an up-or-down ruling, the court could strike a middle ground and exempt from the ban people who have previously been admitted to the U.S., and keep it in place for people who have never visited.

EN BANC REVIEW: After the three-judge panel rules, the losing side can request a re-hearing by a larger group of judges on the 9th Circuit. That’s known as “en banc” review.

SUPREME COURT APPEAL: Whatever the 9th Circuit decides, either side could ask the Supreme Court to weigh in on the restraining order. The 9-member court has a vacancy, leaving open the possibility of a 4-4 split. A tie vote would leave intact the 9th Circuit’s ruling. If the restraining order were lifted, the administration could immediately start blocking travel to the U.S. again by those singled out in Trump’s executive order.

STATE OF WASHINGTON v. TRUMP: Regardless of what happens with the restraining order, the case is likely to go back to Judge Robart for a ruling on the broader legal challenge mounted by Washington state and joined by Minnesota. And the case could end up back before the Supreme Court once the lower-level courts consider the case on its merits. Elsewhere in the nation, a number of other lawsuits have been filed against the order by other states and advocacy groups.

AMICUS BRIEFS: More than 90 companies have gone on record in support of the Washington state lawsuit by filing amicus, or friend of the court, briefs that offer arguments to buttress the case. The companies include Apple, Google and other tech and social media companies that call the ban unconstitutional, un-American and bad for the economy.

U.S. CODE: To justify his executive order, Trump on Wednesday read aloud from what he calls the “beautifully written” U.S. Code, citing a section that authorizes the president to suspend the entry of aliens whose presence would be “detrimental to the interests of the United States.” Says Trump: “There it is, folks. It’s as plain as you can have it.” The U.S. Code is a compilation of federal law.