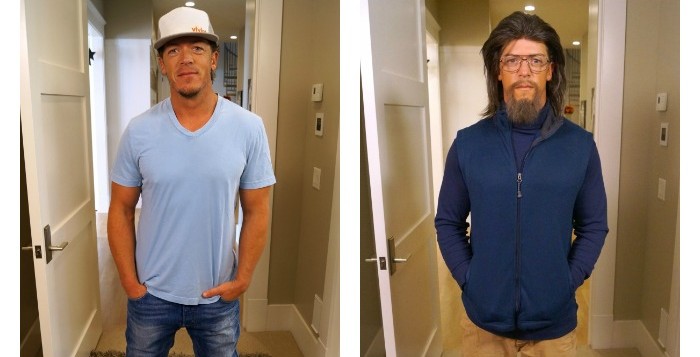 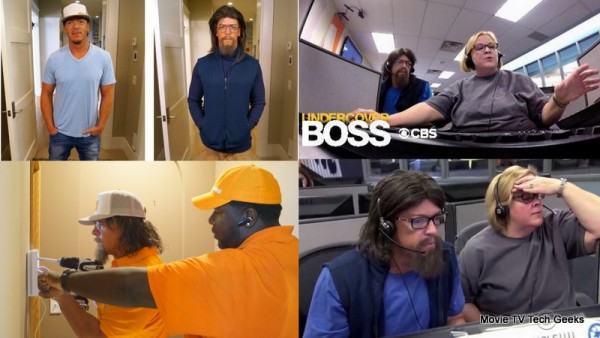 This week on Undercover Boss, Todd Pedersen, CEO of Vivint, went on a mission to observe the inner workings of his company. Based in Utah, Vivint is a company that offers security systems for homes. 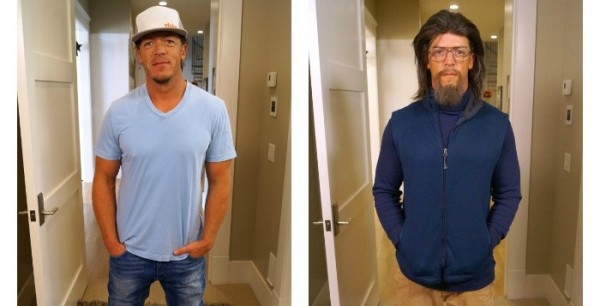 For his first undercover mission as Eddie he went to Syracuse, Utah to work on an install job with his company. He met with Mark, the tech he would be working with for the day. Right away he introduced himself as Todd, but then scrambled to have Mark call him Eddie. Todd, as Eddie, then asked questions to determine whether or not Mark was actually onto him. Mark then admitted he knew Eddie was really Todd Peterson and he was told he was on Undercover Boss. Todd/Eddie felt tension over the fact that Mark knew his real identity. Mark said that when Eddie was climbing up the roof of the house they were working on, he was slipping a lot. Eddie then realized that his workers need the proper shoes to prevent them from falling off roofs they are working on. On a break from work Eddie and Mark talked about Mark’s broken engagement and about trying to get custody of his son. 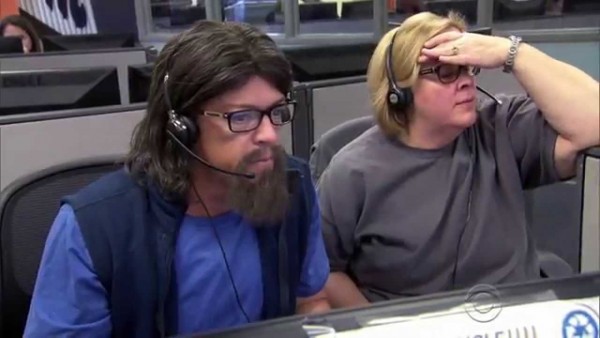 On his second undercover mission he went to St. Paul, Minnesota to work with a monitoring center representative. Since he blew his cover on his first mission he was afraid it would happen again. He then met Sandy, his co-worker for the day. She talked him through the process of taking a call from a customer and he said he hoped he didn’t get a burglary call. He watched Sandy take a call and noticed static interference that made it hard to hear the customer on the phone. When she asked him to take the next call himself he said he was nervous. Eddie awkwardly stumbled his way through the call, forgetting what to do and getting the call disconnected. He said he was embarrassed he couldn’t handle a call from a customer correctly. Sandy then told him the monitoring center needed some fine tuning. She also told Eddie that her 911 operator daughter makes more money per hour than she does. Sandy then told Eddie her husband had died recently and her car was in bad shape. She also confessed she was in debt and needed to liquidate.

For his third undercover mission he went to work in one of the company’s warehouses. He met Alma and she talked him through filling out a work order for a customer. He said he was surprised that the work order involved filling out a piece of paper and he felt that since the company y is a technology company work orders shouldn’t have to be hand written. Alma told him she was a used to the pressure of the job when she realized that he wasn’t used to it. She explained that she needs additional help in the warehouse and Eddie agreed. Alma then said Eddie wasn’t a good candidate for this particular job. She gave him an evaluation of his work performance and told him he needed to move faster. Eddie then asked her how she came about taking her job with his company and she spoke of her struggles along the way. Alma told him her family was number one to her and her daughters motivated her. 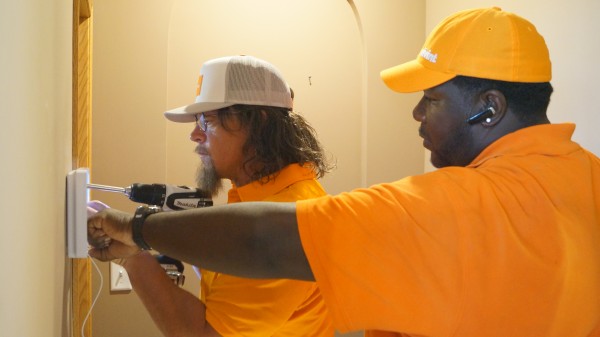 For his fourth undercover mission he went to Illinois to work on an installation in a smart home. He stated how important it was that those doing this job made no mistakes in their work. Eddie then met the homeowner and began working with Will, the installation employee on the job. Eddie then said his specialty is the angles found in the rooms of any house. Will said Eddie was moving a little slow and needed to practice working with a drill. He then told Eddie that even though the company had a great product Eddie was exhausted from working excessively long hours and that his wife was unhappy with how much time his job took up. Will then revealed that his wife had cancer and he wasn’t able to be with her many times during treatment because of having to work. Will also said he wanted to save money so when his wife had a medical procedure he could take time off to be with her. He also said that he and his wife had to pay either for his car or her medications because they couldn’t afford both. Eddie expressed his desire to be able to take care of his employees and that he has failed to do that.

Upon completing his missions, Eddie, as Todd, met with each employee he had worked with. He first spoke to Mark and mentioned that Todd had blown his own cover but that he still had a great day working with Mark. He then gave mark a promotion to supervisor, which came with a pay raise. Todd also said salespeople would go on the roof with techs when they are working. Then he told Mark he was paying off his debts and sending him and his son on vacation.

Todd then met with Alma and told her she was incredibly confident in her job. He then told Alma they were getting a new computerized management system. Todd also paid off Alma’s school debts and gave her money to care for her daughters. She then hugged him and thanked him for what he was doing.

When Todd met with Sandy he said he had a good time working with her. He told her he was nervous doing her job and that he was paying for a monitoring center with new equipment. Todd told her he was giving her money to pay off bills and get out of debt.

Todd then told Will that he was professional and Todd would pay for reconstructive surgery for Will’s wife. He also gave him money to buy a car and provide for his wife.

Below Todd talks about how he came to be on Undercover Boss and what his experience was really like.

Q: How did you get on “Undercover Boss?”

A: The Undercover Boss team approached Vivint about participating in the show.

Q: What was your initial response to being on the show?

A: Initially, I wasn’t interested at all as I’m not into “reality” television. Plus, being in front of a camera 24/7 is not my idea of a good time.

Q: So what changed your mind?

A: I actually watched a few of the episodes with my wife, and I was touched by the experiences the bosses had with their employees. We had a discussion about how we used to know the names of every Vivint employee, and often the names of their spouses. But we’ve grown exponentially since I founded this company two decades ago. We now employ 7,000 people and I don’t have daily interaction with many of them. “Undercover Boss” presented an opportunity to not only get to know some of my employees better, but also to learn more about the day-to-day processes that keep the company going.

Q: What about the “reality” thing? Is “Undercover Boss” real?

A: I haven’t seen the episode yet, but while undercover I found it to be pretty real. My responses, experiences with the employees, their background stories, etc. – all of that is authentic. I didn’t know anything beforehand. I had no idea which employees I would work with or the jobs I would complete until the morning of the each job. Sometimes I would even get on the plane without knowing my destination.

Q: How did you or the production crew convince employees that they weren’t filming “Undercover Boss?”

A: I actually got to come up with my own alias: Eddie Sorensen, a video store owner from Bend, Oregon. I chose the name Eddie because that’s my grandfather’s name. As for the production crew, those guys went through a lot of effort to convince employees that it was actually a different competition reality show. They created a fake show, wore fake badges, and even had a fake television show host to introduce the show every morning. Sometimes, I even forgot I was on “Undercover Boss.”

Q: Does the show determine the employee rewards at the end of the show?

A: “Undercover Boss” is known for its end-of-the-show rewards, so it is certainly encouraged. As for the amount and type of reward, that was completely my decision, and Vivint covers 100% of this expense.

Q: What was the biggest surprise for you during your experience?

A: I actually didn’t know that I would have that wig glued to my head for an entire week. I thought I would maybe have a nice toupee that I could take off at the end of each day. It turns out that the makeup crew is pretty serious about their hairpieces.

Q: How did this experience change your own perception of being a CEO?

A: I’ve always tried to have a lot of interaction with my employees, but this was a unique opportunity to show up and not be treated like the CEO. My experience on “Undercover Boss” reminded me just how essential Vivint’s employees are to the success of this company. If I could get away with convincing the rest of our executive team to put on wigs and glasses, I would want them all to have the same experience.