Home All News Sports UFC’s 2015: Making the Best out of a Series of Poor Occurrences 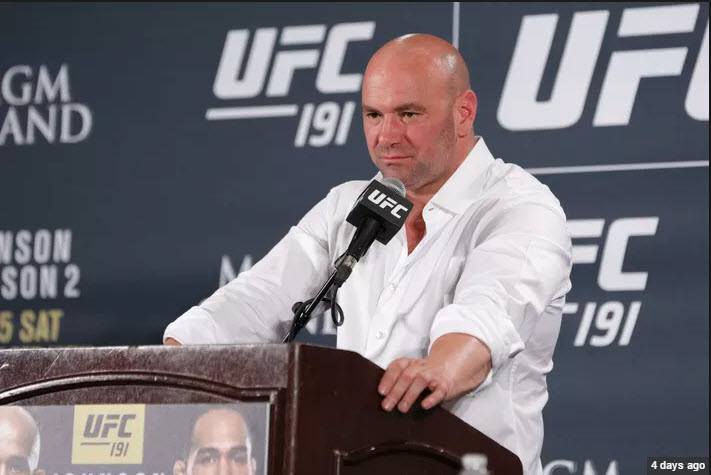 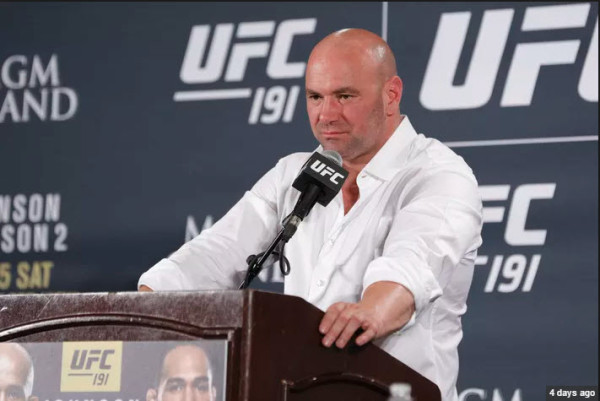 Although the year has been rough, the UFC has still managed to make the most out of a plethora of tumultuous situations.

There’s no telling what UFC President Dana White and his company brass would do if they, at the start of 2015, were informed of every negative occurrence that the year would hold for the promotion—that the company’s dominant light heavyweight champion, Jon Jones, would have yet another encounter with the law—a felonious hit-and-run with a pregnant victim, to be exact—which would lead to his arrest, as well as the stripping of his title.

That the man who captured the UFC Lightweight title—and a series of large sponsorships— and was called “the pound-for-pound best fighter in the world” by White, Anthony Pettis, would be defeated convincingly over the course of five rounds by current- champion Rafael dos Anjos.

That the UFC’s returning (and very popular) heavyweight champion, Cain Velasquez, would be upset by current champion Fabrício Werdum; frankly, Velasquez was a large part of the UFC’s entrance into the Mexican market.

That the UFC’s long-time battle for the right to hold an event in the state of New York—despite all of the speculation indicating otherwise—would once again fail.

Separate from these largely published headlines covering the more “clickable” bad news facing the UFC, a series of more subtle—yet still painful—blows were inflicted to the company.

First, UFC Flyweight Champion Demetrious Johnson, despite being very dominant in performance, and pushed time-and-time again by the UFC through extensive advertising, still has yet to command a wide—or reasonably sized—audience. His UFC 186 title defense against Kyoji Horiguchi garnered only one hundred and twenty-five thousand pay-per-view buys. Additionally, Johnson’s second title defense of the year—a rematch against John Dodson—commanded the lowest Las Vegas gate that the promotion has seen in over a decade.

Additionally, the UFC’s heavily anticipated title bout between Conor McGregor and José Aldo—which was massively promoted through traditional advertising, as well as a large-scale World Tour—was cancelled at the last minute (eleven days before the scheduled bout date, to be exact) when Aldo sustained a rib injury during training. While the lost revenue of the promotion was commonly discussed after this (the money which would no longer be earned from the event), the funds that were already spent were not. Official figures weren’t released, but one can assume that, through traditional advertising—as well as the World-Tour costs—the UFC likely spent millions on the fight’s promotion. And while the bout is currently re-scheduled for December 12th, 2015 at UFC 194, it remains to be seen how much of this original advertising effort will carry-over; clearly, the organization will need to re-promote the fight.

Despite all of this (and a great deal of additional) bad news, the promotion still found a good amount to, for lack of a better term, promote.

Women’s Bantamweight Champion Ronda Rousey has continued her dominant reign inside the Octagon this year, defending her belt twice (with the Holm bout currently scheduled for UFC 193) in under one minute total. In addition to being short in length, Rousey’s 2015 title defenses—specifically the bout against Correia—have the distinction of being overwhelming financial successes (once again, this piece was written prior to Rousey’s defense against Holm). Outside the Octagon, things were also bright for Rousey, as she had film roles in both Furious 7 and Entourage, released a successful autobiography, My Fight/Your Fight, and enjoyed a good deal of success in other endeavors—too many to list, certainly.

Perhaps most telling about Rousey’s success and popularity is the public (and UFC) reaction to her love-life. Rousey began dating UFC heavyweight Travis Browne—who was accused of assault by his ex-wife—this year. Although the accusations from Browne’s wife were found to be false (by a private firm that the UFC hired), the reality is that only Rousey could date a large, gritty, assault-accused, and divorced UFC heavyweight with so little resulting (essentially non-existent) public or company backlash. To be clear, Rousey’s success is so valuable that not even the UFC is willing to challenge her.

The promotion’s other breakout star of the year—the wildly popular Interim Featherweight Champion, Conor McGregor—has also demonstrated (through his rise) just how well the UFC can turn a shoulder to negative occurrences and focus solely on the positive. The Irishman has commanded an unprecedented amount of success—inside and outside of his home country—which has proven to be very beneficial to his employer.

The point being made by the examination of these two examples of 2015 success for the UFC, as well as the countless others that exist (the well-received emergence of Strawweight Champion Joanna Jędrzejczyk, Daniel Cormier’s retention of the title, which sets up a perfect rematch against Jones, etc.) is that the company is seasoned and knowledgeable enough to know how to deal with the negative occurrences that a huge roster of athletes bring, but not dwell upon them. Moreover, the fans are also willing to look past these occurrences.

This admittedly impressive series of (company-made) reactions—and actions—begs the question: How well will the UFC operate and perform financially during a year with noticeably less negative occurrences? Certainly, one of the promotion’s superstars could become injured, lose their title, and/or run into trouble outside of the Octagon, but these situations—particularly the trouble outside of the Octagon—are historically unlikely.

It’s certainly very, very unlikely that Jones will be arrested again, the promotion’s key into an entire market comes up short in a fight, and millions and millions of dollars be entirely lost on advertising in 2016, as was this year. But, if these occurrences—or their rough equivalents—were to take place next year, fans can be assured that the organization will respond in an effective—and self-preserving—manner. While the company’s focus on positive financial interests in the face of controversy and adversity may not appear important to some, this kind of thinking couldn’t be further from the truth; the UFC’s actions this year have been nothing short of integral to the history of MMA as a whole.

In its twenty-third year of operation, the UFC has proven that it has the ability to alternate between stars—and even build new ones—as necessary. No longer is the sport of MMA—or the UFC—tied-down and dependent upon the success of a single athlete, or a small set of fighters. The number one and number two pound-for-pound fighters in the organization—regardless of the list which is being used—in José Aldo and Jon Jones have barely set foot inside the Octagon this year (in Aldo’s case, at the time of this writing, he truly hasn’t had a fight yet this year). And that’s fine.

The wheels have kept moving without these stars, just as they did when the dominant—and financially valuable—Georges St-Pierre stepped away in 2013. Similarly, when the day does come for Rousey to step away from the sport (and it will come reasonably soon as she herself has said), the company will not only survive, but thrive.

The days of MMA and the UFC being a spectacle are long gone, as the UFC’s Fox deal—and the above facts—have cemented. Fans will tune-in to see whoever the big star of tomorrow is, just as they do in the well-established mainstream sports. To be clear, the UFC and MMA as a whole aren’t anywhere close to these mainstream sports in terms of interest, popularity, or public acceptance. However, the recent breeding of stars and continued success—in the face of company-based adversity—have proven that the UFC, and the sport of MMA, won’t be going anywhere anytime soon.

In defending its financial interests in the most intelligent and well-executed method possible, the UFC has (perhaps inadvertently) demonstrated that, for the first time in its quarter-century or so existence (by today’s standards), the sport of MMA is standing upon a solid foundation of fans and interest. Stars will come and go, issues will arise and need to be dealt with, and financially negative occurrences will still be a part of business—but fan interest in the sport of MMA will not cease today, tomorrow, or anytime in the future.

For the first time ever, we can be certain that MMA is here to stay.