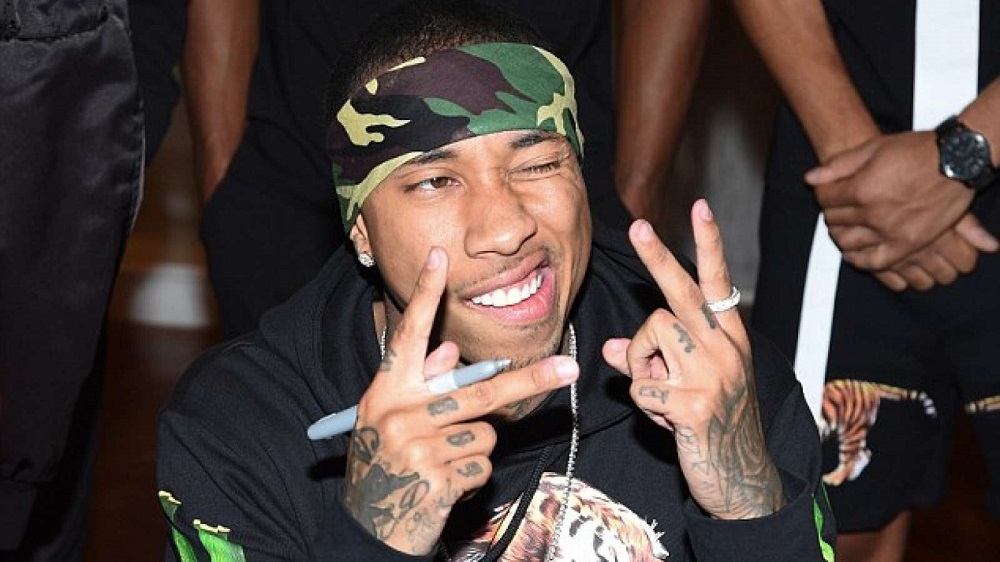 Just when you thought Tyga was all squared up in regards to his legal woes, yet another judgment is made against him.

Only a few short weeks ago a warrant was put out for Tyga’s arrest after he failed to make a court date set by a landlord who Tyga failed to pay rent and damages to. Fortunately, before being locked up behind bars, Tyga reached a settlement with the landlord – reportedly paying about 50% of the over $500,000 debt owing.

Now Tyga is facing another legal battle, as a different landlord is coming after him. The company F&S Investment Property sent over a hefty six-figure bill to the “Rack City” artist after he failed to pay for a Los Angeles house he had previously rented out to run his side clothing business Egypt Last Kings Clothing. According to F&S’s attorneys, Tyga left the premise without notice In June of 2015. Since leaving, the rapper has “[failed] to pay rent and other amounts due.” The company also claims that the house was found in “gross disrepair, [with] utility bills unpaid and hazardous environmental waste [requiring] professional clean up.”

While Tyga was able to get his act together and pay the previous landlord, here is hoping he is able to do the same this time around. 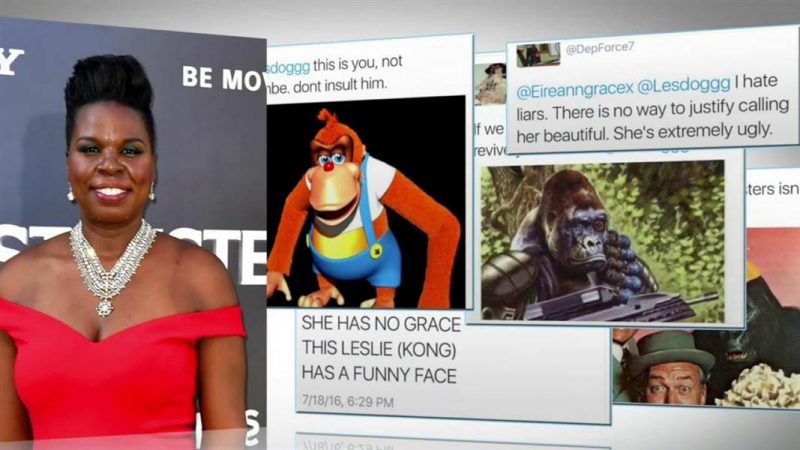 Actress Leslie Jones is the latest celebrity to be targeted by cyber hackers. Early on Wednesday Leslie’s personal website, JustLeslie.com, was covered by the actress’s personal documents as well as nude photos.

The hackers released copies of Leslie’s driver’s license and passport, which were easily accessible to any visitors of the site (prior to it being shut down). In addition, some revealing pictures of the Saturday Night Live comedian were also posted, clearly without the consent of Leslie herself.

Unfortunately, this isn’t the first time that Leslie has found herself being targeted by members of the World Wide Web. Just recently the star worked with social media site Twitter to get a user suspended after they sent her incredibly racist messages. In fact, Leslie’s fight against the various trolls that had abused her on Twitter sparked the worldwide trending hashtag #LoveForLeslieJ. Leslie’s Ghostbuster director Paul Feig even showed his support, subsequently tweeting, “Leslie Jones is one of the greatest people I know. Any personal attacks against her are attacks against us all. #LoveForLeslieJ”

While Leslie has yet to speak out on this recent hack of her personal website, Paul Feig once again took to his social media to address the cyber harassment the actress has been facing. Paul angrily posted, “What’s happening to [Leslie Jones] is an absolute outrage. Alt right, haters, trolls, “comedians,” whoever the f*** you all are, you’re just sad.”

What's happening to @Lesdoggg is an absolute outrage. Alt right, haters, trolls, "comedians," whoever the fuck you all are, you're just sad. 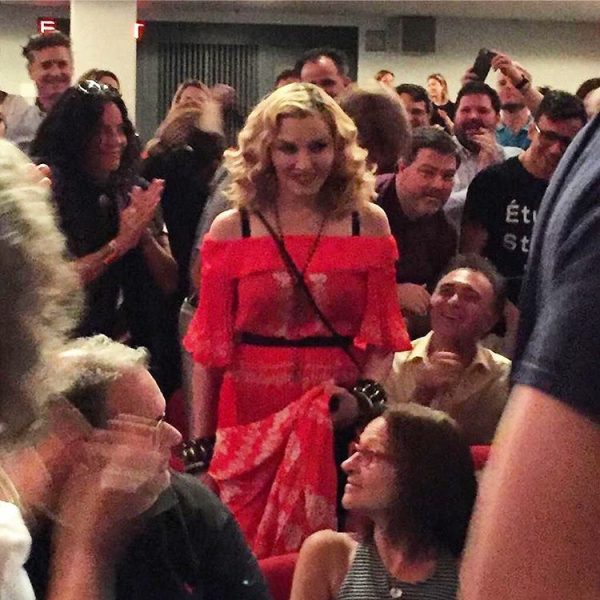 Madonna proved that she could sit amongst the throngs of real people aka fans and watch her classic documentary “Madonna: Truth or Dare” without stealing attention away from the event at MOMA. you know whoever was sitting around her were pinching themselves trying not to squeal at several points in the film.

You all know which ones I’m talking about. I wonder what it was like for her to watch herself back in 1991 knowing that people were surely comparing then and now.

Even better, rather than taking to the stage and taking the attention off Joe Berger, who has really put a lot of work into getting her glory years remembered. Of course, many of us already remember them well, but there’s a whole new generation to remember that she pushed through the music industry for many women behind her.

The Material Girl surprised 400 fans Wednesday who were attending the 25th-anniversary screening of her 1991 documentary, “Madonna: Truth or Dare.”
The singer, wearing a fire-engine red, off-the-shoulder dress, was beaming when she showed up at the Museum of Modern Art. 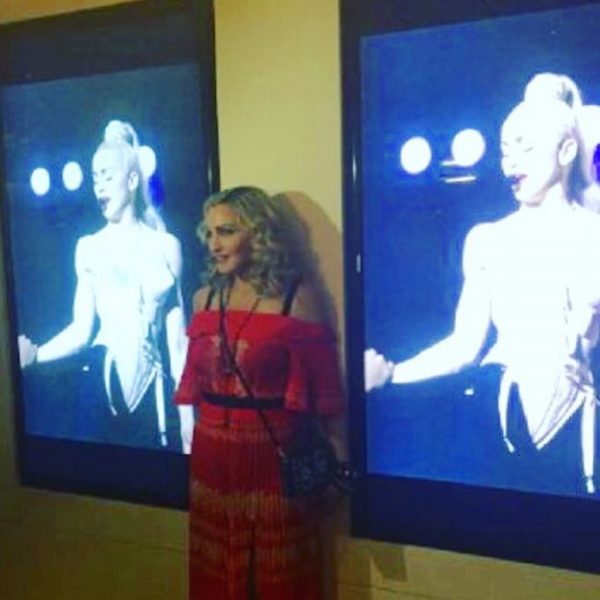 The documentary followed Madonna during her 1990 Blond Ambition World Tour. The film originally premiered at the Cannes Film Festival in 1991 and went on to become the highest-grossing documentary at the time.
Madonna took to Instagram to share the special moment with her seven million fans: “Surreal Moment! At the MOMA!! So nice to watch a film in a museum. So many freedoms we take for granted that we did not have then. Thank you, Alek Keshishian. We changed history with this film.!” Former Cougartown and Friends star Courteney Cox has publicly stated that she is now reconciled to looking older and regrets some of the procedures she had in the past to keep the wrinkles at bay.

Cox, 52, spoke out during an expedition with outdoor adventurer Bear Grylls in the Irish highlands, in which the pair abseiled down sheer cliffs and shared maggots found in a rotting sheep.

“Getting older has not been… I don’t think it’s the easiest thing. But I have learned lessons,” Cox said in the Running Wild with Bear Grylls episode that aired on NBC television on Monday.

Cox, who spoke some years ago about using Botox and laser treatments to prolong her youthful looks, said she was now more relaxed.

“Sometimes you find yourself trying and then you look at a picture of yourself and go, ‘Oh, God.’ Like, you look horrible. I have done things that I regret, and luckily they’re things that dissolve and go away. So, um, that’s good, because it’s not always been my best look. So, now I just have a new motto: ‘Just let it be,’” she said.