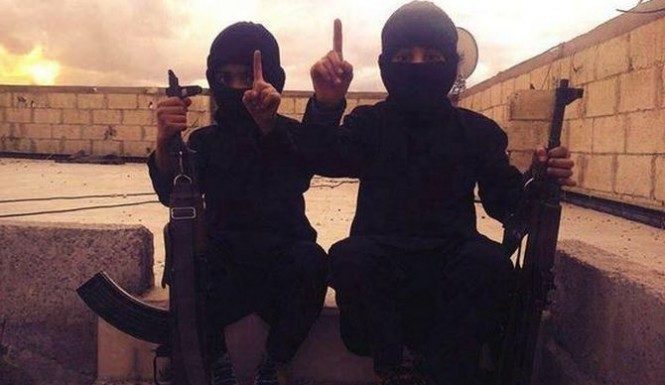 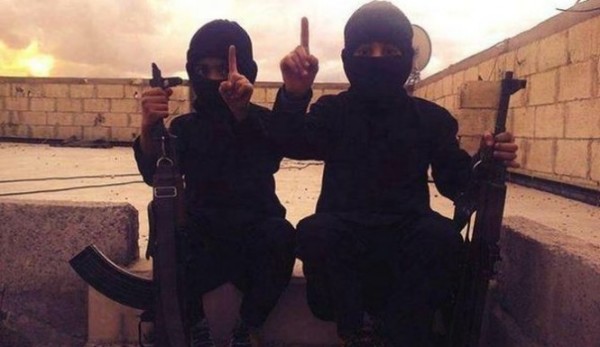 Can the United States out tech ISIS?

ISIS also known as the Islamic State, known for its gratuitous violence against so-called non-believers of its brand of Islam is slowly spreading its influence all over the world, through technology. As previously mentioned in thousands of articles, ISIS has been busy. ISIS has been procreating. Increasing its ranks by convincing susceptible individuals into joining their cause through the use of the internet and social media. ISIS has been reportedly using Twitter for propaganda and recruitment. ISIS has been uploading to YouTube and other video sites to spread videos of their executions to strike terror to the world. ISIS has been reportedly using Telegram, an encrypted messaging app to communicate with its members and the app was allegedly used in the Paris attacks. Even innocent forms of entertainment such as the Playstation 4 and PSN have been reported as being used by the terrorist group. Since ISIS has become so proficient at technology and using it to recruit, could technology also be the instrument to bring them down? Can the US and other countries and realize how to make technology work against the Islamic State?

“The ISIS social-media campaign is a fundamental game changer in terms of mobilizing people to an extremist cause…You are seeing foreign fighters from 80 or 90 countries. In terms of numbers and diversity, it has been quite stunning.”

No matter how many airstrikes are sent against ISIS, as long as fresh troops keep pushing in, the Islamic State can go on indefinitely. Also, ISIS is not bound by borders. Even if coalition forces nuke parts of Iraq and Syria and take out ISIS bases, as long as the leadership exists, they can transfer the caliphate to Nigeria, Iran, Pakistan, and Afghanistan or to any country where you wouldn’t think they’d be. So long as they can communicate, get funds and recruit, ISIS goes on. ISIS has already lured over 20,000 fighters from neighboring countries and even from other continents. There have been fighters from Europe and even the US, radicalized by recruiters online by preying through psychological backdoors turning once decent individuals into bloodthirsty, sadistic killers either out of fear or their own free will. It’s even easier on individuals who are already on the point of radicalization, those with sociopathic issues and even those actively seeking ISIS out to join. If the United States is a melting pot of various nationalities united under the banner of freedom and perceived economic prosperity, ISIS allegedly united over 80 nationalities through religion. The US has strict rules for entry but for ISIS, the prospect of looted treasures, power, the desire to join their brand of Islam and the lack of squeamishness in killing, then joining is easy.

What’s important in any war, however, is not just resources, but communication. Remove the ability to effectively communicate and coordinate or at least find out how and intercept, the war is lost. Man cannot build his tower to reach God if everyone cannot understand each other. The Germans would not have lost World War II if the Enigma machine was not captured and decoded. The US campaign in the Pacific theater was made easier through Navajo code talkers as shown in the 2002 movie Windtalkers.

After the Paris attacks, the hacktivist group Anonymous declared war on ISIS and promised to take down websites and Twitter accounts, which they did by taking down ISIS related websites, taking down over 5,000 Twitter accounts and releasing several names of ISIS members and supporters. No further news so far on Anonymous’ end and ISIS is so confident that they called the hacktivist group a bunch of idiots.

Which means, Anonymous has a long way to go. According to reports, a large percentage of the Twitter accounts they dug up were not all related to ISIS but every little bit helps. A few groups, however, composed of more rational Muslims battle the online group head on. They do this by intervening on the process of radicalization of their fellow Muslims, who are more susceptible to ISIS propaganda which, despite ISIS hardline brand of Islam, are designed to be more secular and attractive to the youth which comprises many of those migrating to Syria. Many of those involved in the Paris attacks were below 30 years old. These rational Muslim groups intercept tweets or messages from those who seem to be on their way to be radicalized and convince them to think hard or seek help. In relation to this, the Institute for Strategic Dialogue in London was successful in using Facebook to locate people at risk of radicalization. These are strategies that need refinement and further implementation. Unlike the passive strategies of the NSA that concentrated on the collection of data yet they kept on missing signs of attacks. The US government is currently pushing the removal of encrypted communication as ISIS thrives on it by using apps such as Telegram. The pitch, however, does not sit well with privacy groups.

A more active and filtered monitoring needs to be done by the NSA as opposed to its mass-data collection. If it’s any way possible for the NSA to mimic the active monitoring done by SHIELD as shown in the film Incredible Hulk in detecting the communication between Mr. Green and Mr. Blue, as well as the active monitoring done by Peter Gabriel’s group in Live Free and Die Hard, then there’s a fighting chance to keep thousands of misguided individuals from migrating to Syria or stop them from conducting group or lone-wolf attacks locally. Another way to fight ISIS online is for social media companies such as Facebook, YouTube, and Twitter to take a more active role in removing ISIS-related propaganda wherever they find it.

Yes. It’s possible to turn the tables on ISIS in terms of technology. If they use technology to spread propaganda to those who would listen, then everyone else can use technology to spread the voice of reason to that same group of people eager to join the Islamic State. ISIS itself did say what technologies they use (Telegram, Encryption, VPNs) and where they go (TOR, Deep Web) to avoid Anonymous. Western Intelligence can take it from there.