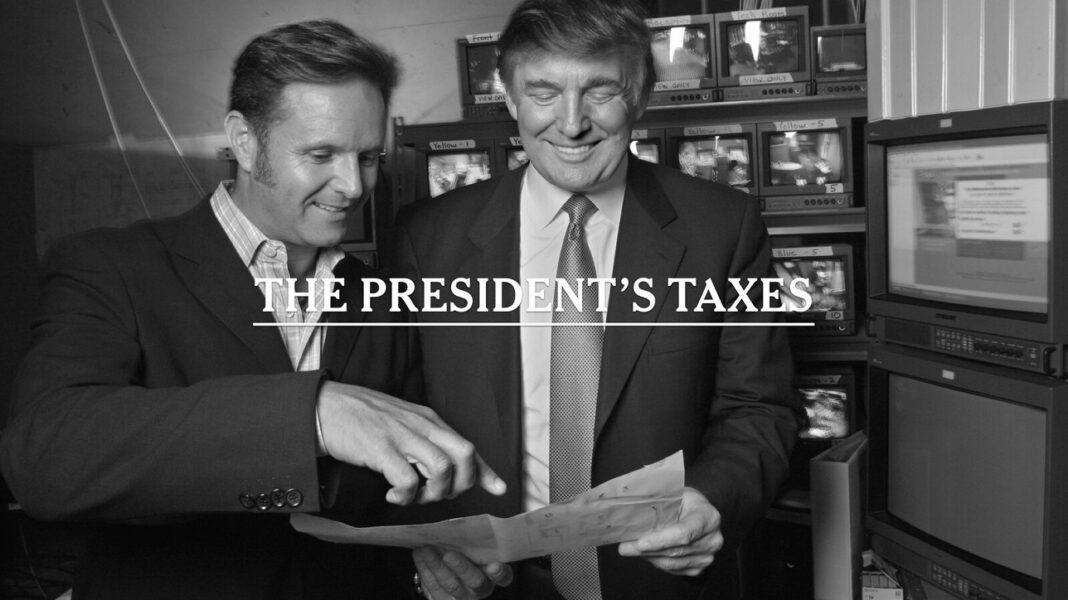 When The New York Times story about the “journal of record” landing two decades worth of Donald Trump’s taxes, it was like a bomb went off around the world. Everyone was talking about it, but mainly it was exactly who you knew would be talking about it; people who can’t wait to see Trump leave the White House. Those of his supporters gave the news a shrug and went on with the rest of their Sunday night watching Sean Hannity praise the president for his tax-avoiding tactics.

Even my mother-in-law, a devout Trump and Fox loyalist said that since the president gives so much money away to charity, it didn’t matter. Even after explaining that the Trump charity foundation had been forced to close due to impropriety, she replied that everyone was just out to get him. If calling our veterans and those who lost their lives serving our country “suckers and losers” wouldn’t lose these ‘patriots,’ learning that they paid more in taxes than the so-called billionaire wouldn’t faze them. At this point, I think his supporters are so dug in that they will rationalize everything he does.

Orlando Sentinel Editor-in-Chief Julie Anderson was curious how readers in polarized central Florida would react to her newspaper leading Monday’s edition with a report that President Donald Trump paid just $750 in federal income tax in 2016 and 2017 — and no income tax at all in 10 of the previous 15 years.

By midday Monday, she’d heard from two people. One questioned the report’s timing and another wondered why the paper would run The New York Times’ account without other sources.

It illustrates how hard it is for any news story — even a deeply reported one that penetrates the secrecy behind Trump’s finances — to change political perceptions or pierce a media shield used by many to reinforce them.

“Bombshell” was a word frequently employed on Monday; how it was used depended on whether you were in Trump-friendly or unfriendly media territory. The liberal website Talking Points Memo used it in back-to-back headlines, saying the Biden campaign, “pounces on NYT bombshell,” and “Trump gives rambling denial of NYT bombshell.”

The conservative site Red State called it “the biggest dud of a ‘bombshell’ in political history.”

Yet readers showed interest. It was the most-engaged story that The New York Times has had this year, with 4.2 million reposts or reactions on social media through early Monday afternoon, according to NewsWhip. Seven of the 10 most-engaged stories concerned Trump’s taxes, either the Times’ pieces or those of other news organizations.

Largely driven by the tax story, Sunday was the second-highest ever for page views on most news websites.

CNN and MSNBC both led late-morning news hours with the story, with CNN’s Christine Romans calling Trump a “serial tax avoider crushed by a mountain of debt.” Fox News Channel replayed an interview with Donald Trump Jr. denouncing the Times’ story. At the time, the tax story on Fox’s website centered on the president’s reaction: “Everything was wrong, they are so bad, Trump says,” was the headline.

Once Trump-friendly, the influential Drudge Report had a red headline on its site: “The Fake Billionaire.”

Larry Holeva, executive editor of four daily newspapers in rural Pennsylvania, including Biden’s home city of Scranton, is cognizant of deeply divided opinion in his territory, but tries not to let those concerns sway his news judgment.

“It can’t,” he said. “At the end of the day you need to know that you’re judging the news based on the value of the news and not how people are reacting to the news.”

His Scranton Times-Tribune on Monday ran a front-page story summarizing the key findings of the Times’ investigation. The story ran under a large photo of Trump’s Mar-a-Lago resort shrouded in palm trees, itself a provocative news decision contrasting Trump’s tax records with his wealth.

The paper got a bigger reaction from readers for another front-page story in which local residents were interviewed about the factors that went into their presidential decision. Some were angry that the story featured five Biden supporters and two who backed Trump, he said.

The Orlando Sentinel’s story ran under the headline, “Report releases Trump tax info.” Somewhat bland, the headline could be seen as a way of mollifying both sides. Anderson said that wasn’t the intent; the caution came because it was just one newspaper’s report.

“We get a lot of letters when people are upset by something that might be critical of Trump,” Anderson said. “We do think about our readers’ reaction, but it doesn’t mean that we’re not going to run a story” if it’s important, she said.

It was still early on Monday, but MSNBC correspondent Ali Velshi, who was in Colorado to sample voters’ opinions on the presidential race, said he hadn’t seen any minds changed by the story.

“The news seems to have hardened people’s already existing perceptions,” he said.

The story got a lot of attention at news outlets in swing states. It was the lead story in The Detroit News, the Milwaukee Journal Sentinel, the Arizona Daily Star in Tucson and the Miami Herald.

The Minneapolis StarTribune also led with it, and the story had attracted nearly 1,400 comments on its website by Monday afternoon.

There were thousands of takes on Twitter per hour. Ryan Ellis, president of the conservative Center for a Free Economy, tweeted that the story “is nothing more than the ‘Orange Man Bad’ version of ‘gotcha’ pieces liberal journalists routinely run about how big companies don’t pay taxes.”

The take was personal on ABC’s “The View,” where host Whoopi Goldberg refuses to say Trump’s name.

“We’re all supposed to be paying (our) fair share,” Goldberg said Monday. “Why are we having to pay, and I say ‘we’ because I work every day like a whole bunch of people. Why is it all on us to do this? Where is he? How dare you!”