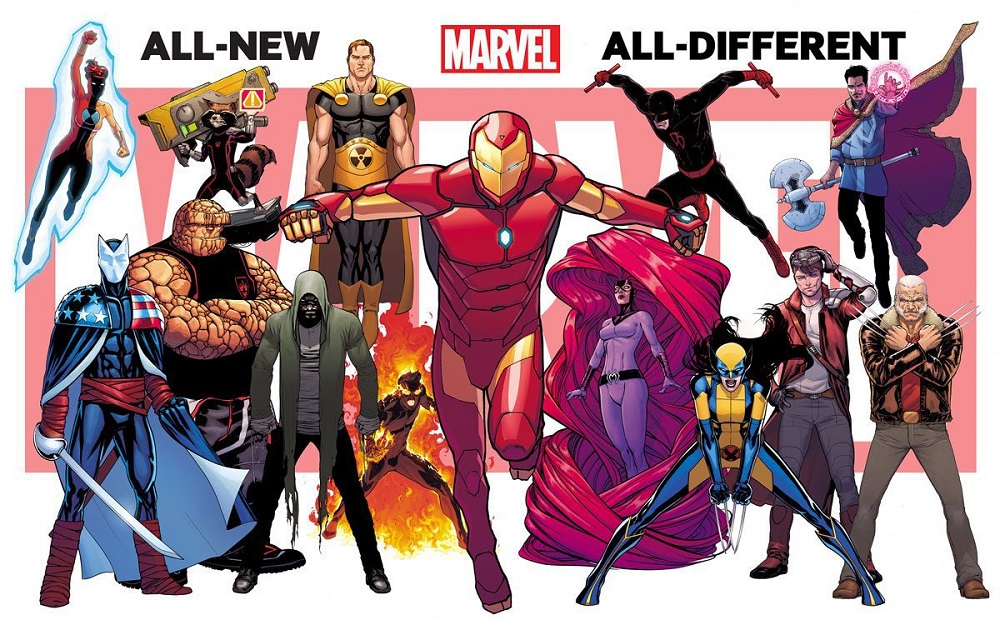 Reboot used to be a term thrown around in the realm of computers as the act of re-starting a computer when it acts unusually, acts crazy or simply stalls. After rebooting, the computer returns to an error-free state and works as efficiently as it could, until the memory is again flooded and corrupted with leftover data and buggy code. Nowadays, rebooting also means re-starting or re-doing an old media franchise. The purpose is often to rejuvenate a franchise or updating it to bring in modern and younger fans. Reboots can both be good or bad. The ideas involved in reboots can be cool and fresh but sometimes terrible, lazy and uninspired. Reboots can be a product of love by longtime fans of a franchise but can also be a tool by greedy, unimaginative folks just looking to cash in. There are two upcoming reboots that will affect geek culture and the public in general. One is generally welcome while the other is a mixed bag. The Transformers film franchise and Marvel Comics.

The news came out a couple of days ago that Marvel Comics is about to do another soft reboot of its continuity. Something Marvel fans and comic book readers are now quite wary of. Marvel calls it a ‘fresh start’ indicating that several of its titles will be undergoing changes indicative of a reboot. The initiative sounds more like a re-launch. Something Marvel promised about a year ago not to do anymore. For several years, Marvel Comics has been releasing new series, new titles and new volumes of old titles left and right. Aside from that, they keep launching major crossover events one after, the other every other Tuesday much to the chagrin of comic book readers. A series of terrible decisions within the Marvel bullpen has resulted in stagnant comic book sales and more often than not, bad storylines, complicated by mishandling of social justice, politics, and diversity which they used to be good at. Every company enters a slump at some point and to get out of it, Marvel’s new editor-in-chief C.B. Cebulski has decided on another relaunch.

Not much is known from Marvel’s Fresh Start initiative other than it being another relaunch or soft reboot much like what it did with Secret Wars 2015 which was followed by All-New All-Different Marvel (ANAD). It was a shame that Marvel didn’t completely reboot its continuity after Secret Wars as it was a great opportunity to finally escape their convoluted sliding timeline and bring new readers in and giving old readers something new just like DC did with its New 52. Well, Marvel could have done better than New 52. Unfortunately, Marvel was pre-occupied with race-bending and gender-swapping several of its main characters and seemed to focus more on politics than telling good superhero stories. Marvel is no stranger to politics and social issues but doesn’t seem to have a good handle on those lately.

The stellar performance of the Marvel Cinematic Universe is supposed to help boost comic sales, but current returns are the opposite. Marvel Comics was supposed to promote more Steve Rogers Captain America but instead went with Sam Wilson. After the Success of Captain America: Civil War, Marvel comics decides to turn Steve Rogers into a Nazi., seemingly negating the film’s success as if it was a conscious effort. It was a good story but very ill-timed. Thor Odinson would have benefited from Chris Hemsworth and Tom Hiddleston’s popularity, but they instead had Jane Foster flying around. Jane Foster as Thor, however, was good storytelling. People are loving Bruce Banner Hulk thanks to Mark Ruffalo, but Marvel readers are greeted with Asian Hulk Amadeus Cho and later had Banner killed by Hawkeye during an obvious cash-in event. And finally, people can’t get enough of Robert Downey Jr. as Tony Stark, but when they pick up an Iron Man title, they see Riri Williams. In another time, these would have been cool ideas. Some of these stories are actually good, but the targeted new readers aren’t picking them up because they aren’t relatable. We don’t mind changes to characters as long as they’re nicely timed and executed. The constant reboots and relaunches by Marvel aren’t doing them much good not just with their readers but with their retailers as well. Marvel has about five Avengers title at a given time, and they hardly last 24 issues before they’re replaced with a new volume.

So because diversity and politics ‘weren’t working’, Marvel decided to launch the Marvel Legacy initiative. Legacy meaning returning to its roots and bringing back classic characters. This move worked well with DC when DC merged the New 52 reality with post-Crisis reality resulting in DC Rebirth. The aim of Rebirth was to bring back classic continuity as requested by fans, thankfully killing off emo Superman and bringing back the hopeful Blue Boy Scout and most of all, bringing back good, fantastic storytelling.

With Legacy, Marvel also promised not to hold any new crossover events for at least 18 months (Venomverse anyone?). However, five months in, with sales still low and more confused readers after the company returned to its classic numbering, Marvel decided to just screw it and do another relaunch, with many news sites calling the move a reboot, perhaps hopefully. Because a reboot would certainly clean things up for both old and new readers. A reboot will certainly help older readers forget about silly events, silly costumes, dialogue that give nosebleeds, bad decisions and retcons fans just can’t wrap their heads around. And a reboot would certainly encourage more new readers to pick up comic books of characters they’ve just seen out of theaters and in TV like Black Panther the Guardians of the Galaxy, the Runaways and the Agents of SHIELD.

Marvel just seems deathly afraid of throwing out decades of continuity. Again, Secret Wars could have given Marvel a clean slate to work with, but the company is afraid to let older fans down. Personally, while I’m still invested in the X-Men’s Dark Phoenix Saga, Fatal Attractions, and the Onslaught Saga, I wouldn’t mind an adaptive reset. I enjoyed reading Ghost Rider’s Rise of the Midnight Sone, Road to Vengeance and Midnight Massacre and won’t forget those. But Robbie Reyes’ Hellcharger is the dope and wouldn’t mind a fresh start with new and adaptive adventures. I say adaptive as imaginative writers can always bring in classic events and make them seem like new. They did those fairly well in X-Men: The Animated Series, Avengers: Earth’s Mightiest Heroes and Spectacular Spider-Man. So letting go of old continuity is quite possible and would allow the creativity of Marvel to go wild. Not too wild as Marvel’s editor-in-chief still needs to rein things in and act like a miniature Kevin Feige.

Or Marvel will just keep the current continuity but launch its titles again beginning with Number 1s, confusing the readers more and making this fresh start seem like another gimmick in a long series of uninspired cash-ins. We’re not throwing shade at Marvel Comics. Without it and its stories, we wouldn’t be having the time of our lives right now. I wish them luck on this little venture. Hopefully, they come up with something as awesome as DC’s Dark Knights Metal. 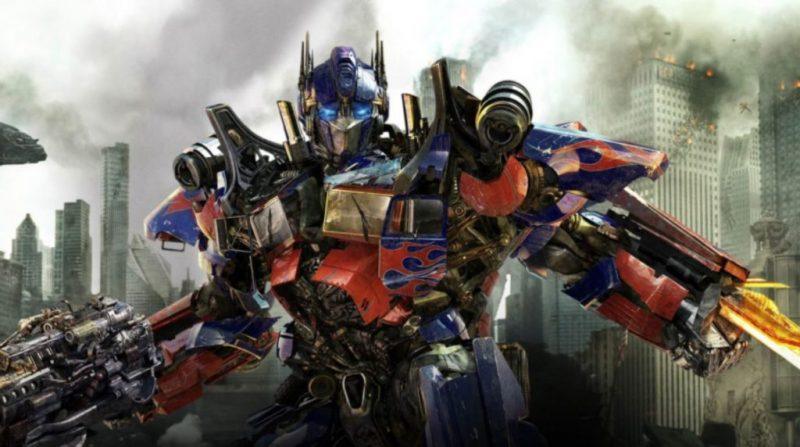 Meanwhile, in the world of transforming robots, Michael Bay’s film franchise is up for a reboot. Should we be happy with this? After the dismal performance of Transformers: The Last Knight, we should be. Transformers: The Last Knight is definitely the worst Transformers film since Revenge of the Fallen. Though it’s sad to know that there won’t be a cinematic follow-up to the Last Knight to completely wrap up the story we’ve wasted our time on since 2007. The only follow-up to it would be the Bumblebee prequel that’s currently shooting.

After the poor performance of the Last film, Michael Bay will be stepping away from the director’s chair. Maybe he himself is already tired of filming the franchise because Last Knight was all over the place. It’s a terrible waste of talent of Sir Anthony Hopkins. The franchise itself is not yet out of steam with Hasbro continuing to launch toy lines and Machinima producing some G1-based web series. While I love Machinima’s generation one robots, it’s stories have much to be desired. Combiner Wars and Titans Return are based on hit IDW Publishing Transformers storylines that birthed Hasbro toy lines of the same name.

Perhaps the next good Transformers film should be an animated one. It probably wouldn’t hurt as the best Transformers movie continues to be 1986’s Transformers: The Movie. What critics call a 90-minute rubout commercial has become much-elevated due to the bad taste brought about by Michael Bay’s films. Transformers fans continue to watch this classic wishing that something similar would come out, or simply justifying it as the best, giving Michael Bay the middle finger because a decades-old cartoon still bests the director’s multi-million dollar beasts.

We Transformers fans now have a problem as to what stories or how to bring Transformers to the modern audience. Many want to see their favorite G1 incarnations come to life, looking much like their cartoon counterparts instead of the inconsistent, indiscernible pieces of metal Michael Bay pushes out. If so, the new film series could be a 1980s period piece much like the hit Netflix series Stranger Things. The film will please Transformers fans old and new as the period will fascinate the majority millennial audience and show off the beautiful-looking period vehicles. Hopefully, Volkswagen cooperates this time to finally give us a Volkswagen Beetle. Oh right, that’s what the Bumblebee prequel is supposed to look like now.

Maybe there should be fewer humans this time as it’s the continuing complaint of all of Michael Bay’s films. The first episode of the G1 cartoon showcased only the robots where Spike and his dad only appeared at the end of the first episode. That’s entirely possible within the new film’s first hour. Spike will then play a mere supporting role for the rest of the film. The humans’ main role would be just to run away screaming while the Decepticons steal energy from power plants and to fail spectacularly while defending said plants. The Autobots meanwhile explore the planet and trying to decide whether they should stay and defend it. There’s plenty of ideas to throw around, hopefully, better than Michael Bay’s creative team of Michael Bay, Michael Bay, and Michael Bay.

Poor guy has had enough trashing, and that is not my nature. We are thankful for the guy for rejuvenating this almost dead franchise, but it’s time for another rejuvenation. Time for a renewal, an escape from the convolution of stories and metal parts. Best of luck to the Transformers reboot. It will be very difficult to top the 1986 Transformers: The Movie.