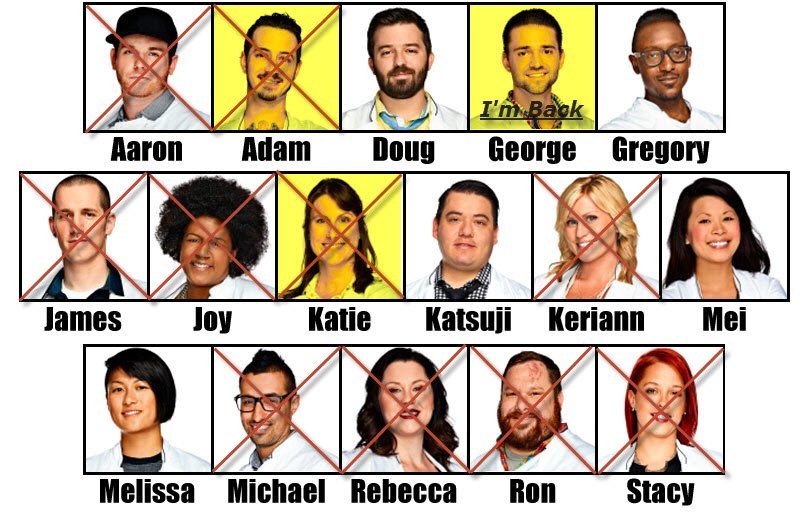 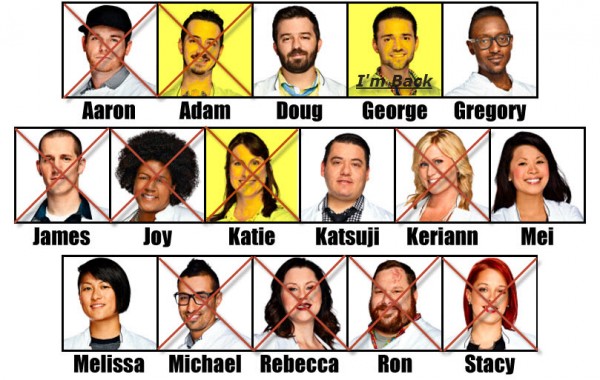 This week on Top Chef the competition is down to only seven cheftestants. After Carrie Ann’s loss last week and Doug’s win during Restaurant Wars, this week brings more intriguing action straight from the Top Chef house and kitchen.

The chef’s sudden death quickfire challenge for the week was judged by Jasper White. Cheftestants were tasked with creating their own chowder. White wrote a cookbook on chowder recipes, turning up the pressure on this quickfire. Mae and Adam agreed to share a bucket of clams in order to complete their recipes. Steamer clams were all that Mae had left after the other cheftestants took a good portion of her bucket of clams.

Gregory chose to make clams inspired by Japanese flavors and methods of cooking. His coconut curry soup recipe was one he felt confident in. Adam stated that as the only New Yorker left in the competition he wanted to be the one to nail a chowder recipe. Mae made her dish using Thai flavors and styles of cooking. Katsuji made a Mexican inspired chowder dish. Upon running out of time the chefs were tasked with presenting their dishes to Padma and Jasper White. Padma asked Katsuji if he works with oysters a lot and he admitted that he does not.

Jasper White announced that Adam made one of his favorite dishes and that Melissa’s was delicious as well. He then chose Gregory’s as his favorite, giving Gregory immunity in this week’s elimination challenge. This week marked the third time that Gregory has won the quickfire challenge. White stated Doug’s chowder was too salty and shouldn’t have used oysters. He also complained about Katsuji’s sauce and said he couldn’t even taste the oyster. Katie was also criticized for using sour dough in her dish and lost the challenge as a result. 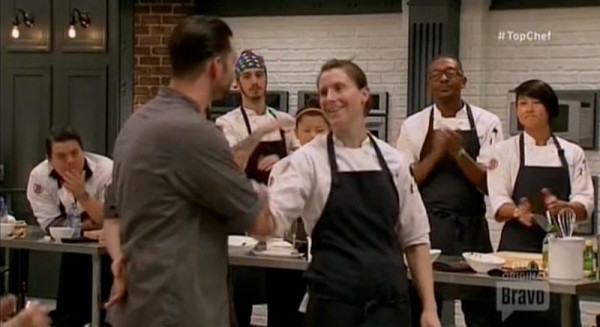 The next challenge was for the chefs to create their own dishes using rabbit. George stated that he knows nothing about Katie and didn’t care to, as he just wanted back into the competition. George struggled to get his rabbit legs cooked correctly and made the decision to quickly cook the loins. Katie expressed concern that her rabbit legs would be undercooked and that would end up sending her home. Jasper declared George’s dish the best. Tom told George his rabbit was cooked perfectly and it would have his vote. This allowed George to officially re -enter the Top Chef competition. Katie was then told that she had been eliminated. It was then announced that Last Chance Kitchen was returning to this season’s competition. 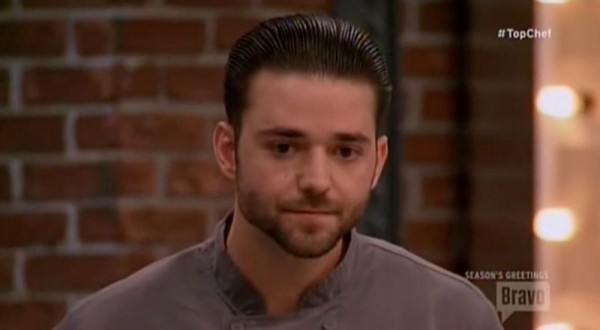 In a twist no one expected, for the first time in Top Chef history Gail and Richard Blais were brought in and Padma announced the chefs would be catering an event where Boston locals and Top Chef fans could sample the contestant’s dishes. Chefs were then tasked with creating a dish that would feed 75 people.

Padma announced that she, Tom, Gail and Richard Blais would be the ones doing the shopping for this challenge. Chefs weren’t privy to the ingredients at their disposal until they arrived for the challenge. Each chef had to draw a knife to determine if they would be cooking with the ingredients purchased by Tom, Padma, Gail or Richard. 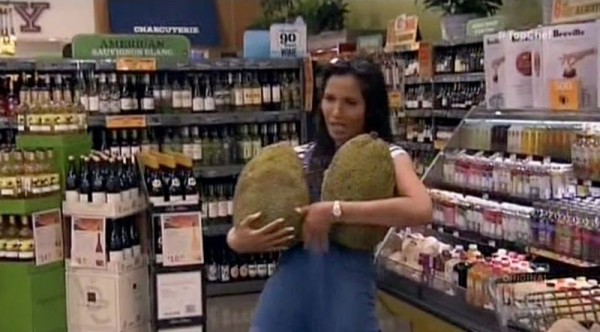 Tom, Gail and Padma headed straight for the vegetables and took their time shopping even though they only had a half an hour in which to shop. Gail admitted she was shopping based on what she wanted to eat not based on what the chefs she was shopping for would want. Richard said he was buying protein and vegetables because he wanted to help the chefs cooking with his ingredients succeed in the competition. In a brilliant move, Padma knocked over a display of fish in the grocery store.

Back at the Top Chef house the cheftestants discussed how frustrated they were that George was back in the competition. Adam stated he never doubted George and that he was familiar with George’s restaurant. George said he felt uncomfortable in the house because the chefs living there have developed relationships from living together. He also stated that he wanted to win the competition to make his father proud and prove to his family that he could win Top Chef. Adam then confessed that he was a bad student until he found a passion in creating dishes and that he believed he could win the competition.

In 2 1/2 hours the chefs had to complete their dishes using the ingredients the judges purchased. Adam felt like the ingredients he had access to, were not ingredients that he could use to create a Top Chef, quality dish. Doug said that he was struggling when it came to preparing his dish. Doug said that Katsuji’s dish was as crazy as he is but that he was proud of Katsuji for coming up with the idea to create a shrimp dish with sangria on the side. 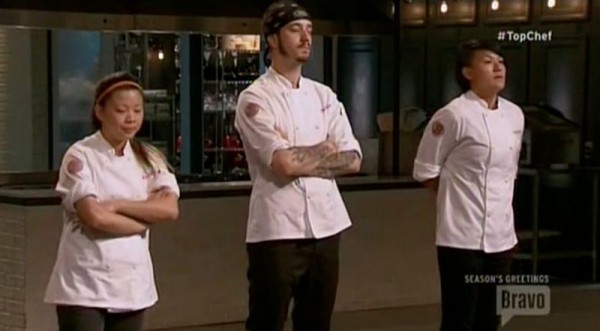 Tom, Padma, Gail and Richard then discussed what they thought of the dishes prepared by the chefs. They said that Mae’s dish was not flavorful but was slimy and undercooked. Richard stated that he did not like Adam’s technique in preparing his dish.

The chefs discussed their dishes while waiting for the judges to make their decision. Once all the chefs were standing in front of the judges Padma called out the top three chefs that had their favorite dishes. George, Gregory and Doug received praise from Padma and Tom. Gail announced that Doug had prepared the best dish. Padma then announced that Adam was the cheftestant being eliminated for this week. 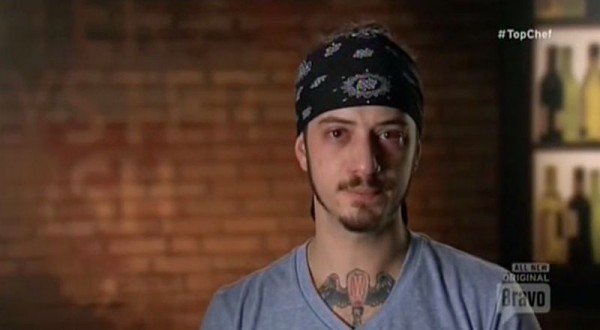