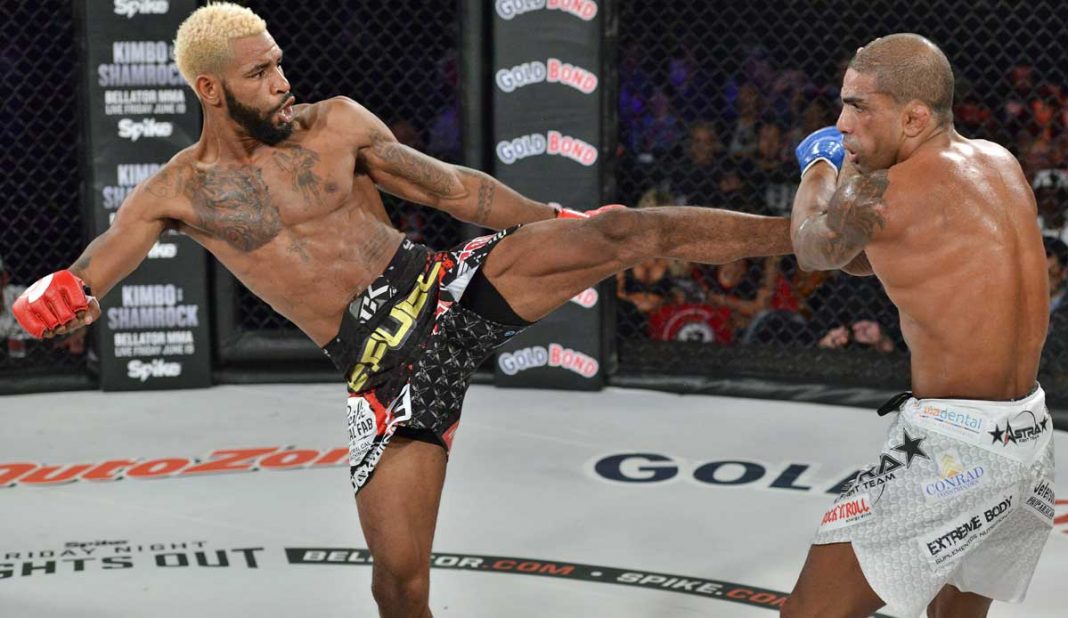 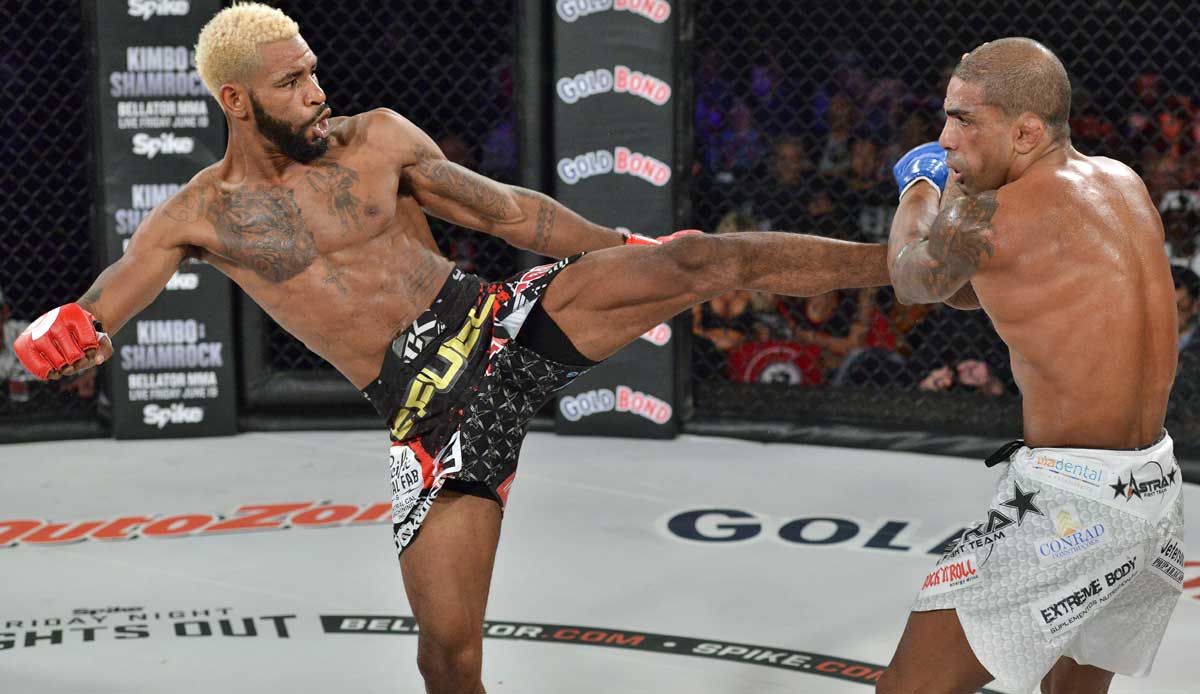 MMA is more popular than ever before, and while this point most certainly allows for larger live audiences, larger television viewer counts, massive pay-per-view buy rates, and more mainstream exposure, it also means that more athletes than ever are finding financial incentive and motivation to step into the cage.

In the past, high-level wrestlers, karate practitioners, judo practitioners, and boxers, for example, would make the jump to MMA after a while, as the financial benefits of doing so were too impressive to ignore. Today, athletes are beginning to train in every single discipline that MMA encompasses, at an early age, for the sole purpose of excelling in the sport.

The byproducts of this new breed of MMA athletes are also plentiful, but in short, a number of exclusively trained prospects are emerging. While these five fighters may not have necessarily gotten their start in such a fashion, they are well-rounded, incredibly skilled, and understanding of each component of the sport, and accordingly stand to make a notable impact, both this year and in the future.

Let’s take a look at the top five most promising MMA fighters of 2016! 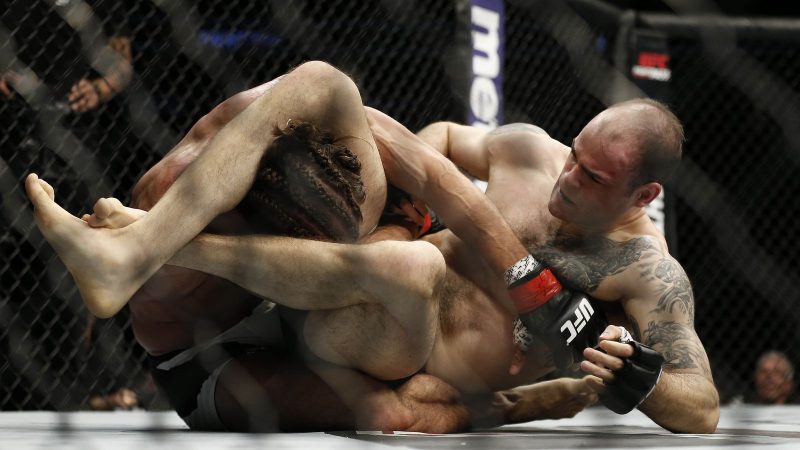 Previously released from the UFC, “The Barn Cat”, Tamdan McCrory, is back with a vengeance.

After a five-year layoff, the TUF competitor returned to the cage in Bellator, where he was matched with promotional-mainstay Brennan Ward to, in all honesty, lose. Ward is one of the promotion’s top athletes and one of the best welterweights in the world (although he still competed at middleweight when he fought McCrory) and was knocked out by the rejuvenated Barn Cat in just twenty-one seconds.

McCrory would prove that the quick KO finish was far from a fluke at Bellator 134, against Jason Butcher. Butcher is a high-level fighter who claims to have “the best guard in MMA”, and appropriately, is a BJJ black belt under Jorge Gurdel. McCrory promptly dispatched him—by armbar submission—one minute and six seconds into the contest.

Finally, McCrory returned to the UFC in similarly impressive fashion by defeating the elite Josh Samman via third-round submission. Samman, a fellow TUF veteran, has proven to be skilled in all areas of the game, and although the contest was competitive, he too found himself overwhelmed by The Barn Cat, ultimately.

Perhaps due to his lax promotional skills behind the mic and perhaps due to his composed general nature, McCrory still hasn’t achieved the press that he deserves following three outstanding wins like these. Still, he’s back better than ever, and fans can expect him to do big things in 2016. 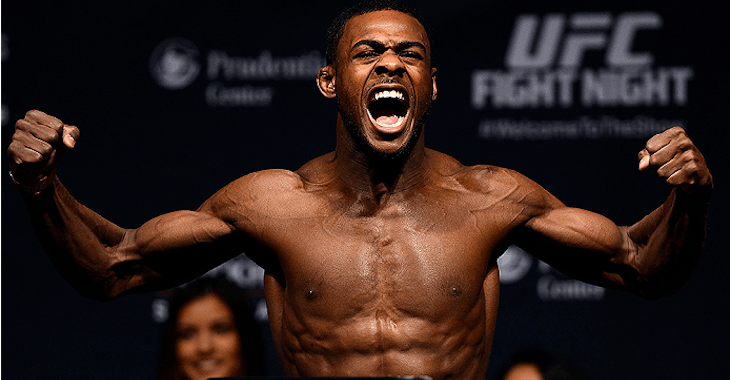 Training with Team Serra-Longo and fighting in the bantamweight division, the undefeated Aljamain Sterling looks ready to make serious waves in 2016.

The skilled fighter and wrestler holds four UFC wins to his name, three of which have come by way of stoppage. After testing the free market and ultimately re-signing with the UFC, it appears as though Sterling will be a part of the promotion for some time to come. Another win could place him in serious contention for a shot at the title, and accordingly, he is one of the most promising fighters of 2016. 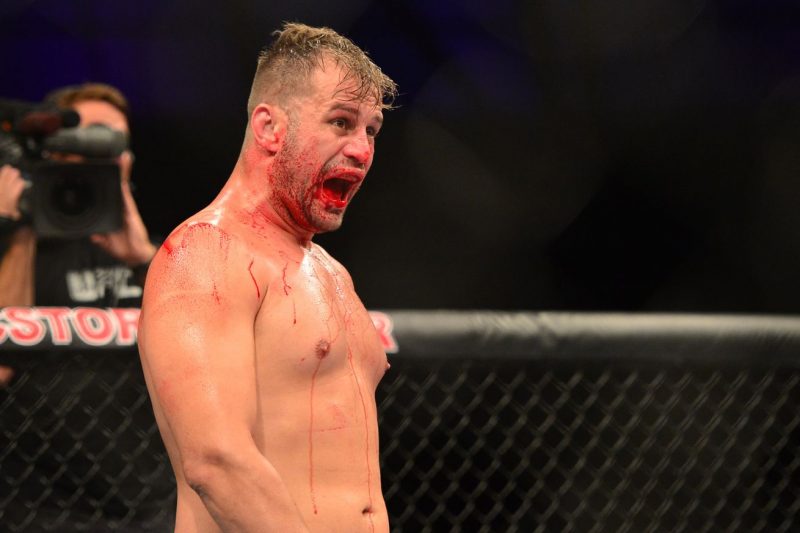 A Golden Gloves boxing champion, NCAA Division 1 Wrestler, and UFC fighter holding a promotional record of eight and two, including wins over Roy Nelson, Gabriel Gonzaga, Mark Hunt, and Andrei Arlovski, Miocic is currently set to fight Fabricio Werdum for the heavyweight belt, and there appears to be a lacking amount of faith in his corner.

A slight betting-odd underdog heading into the contest, Miocic really does have each and every tool required to steal the belt and dominate the division for many years to come. His wrestling is some of the best around; his striking has proven to be more elite than ever before, and his cardio has never looked better. It’s also worth noting that his two UFC—and career—losses came against Stefan Struve, largely due to fatigue (a problem which has since been solved), and Junior dos Santos, in a very close and somewhat controversial decision. What’s more is that Miocic is constantly improving in every area of the game.

Expect to hear Stipe Miocic’s name quite a bit more in 2016, regardless of whether or not he wins the belt.

Emmanuel Sanchez is one of Bellator’s best-kept secrets. The twenty-six-year-old featherweight trains with the expert team at Roufusport, and to date, holds a promotional record of three wins and one loss—the sole setback being a decision to the elite Pat Curran. His Bellator wins have all been exciting, notably, and have come over high-level prospects in Henry Corrales, Justin Lawrence, and Daniel Pineda.

There isn’t much more to note; Sanchez is young, hungry, exciting, skilled, on an impressive streak, has only lost to the best in Bellator, and trains alongside one of the greatest MMA teams in the world. He is most certainly worth watching this year. 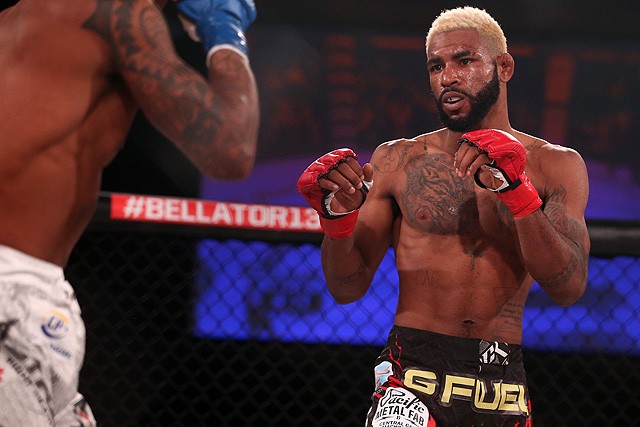 Such a claim shouldn’t be made lightly, and it most certainly isn’t here. The NCAA Division 1 wrestling champion Caldwell is undefeated to date in MMA, including six wins in Bellator, and most recently, a career-defining triumph (to this point) over the elite Joe Warren.

Warren, who is a collegiate and Olympic wrestler, is known for “bullying” his opponents inside the cage with his wrestling, pressure, and tenacity. In his fight against Caldwell, though, Warren was bested with his own style, being taken down, pounded with solid shots, and submitted with a rear-naked choke.

Caldwell dispatched one of the most underrated bantamweights in the sport like essentially no other fighter has or can. In addition to being indicative of his bright future, the triumph earned Caldwell a crack at the belt.

That fight, and all of his additional contests will be worth watching.

These five fighters aren’t guaranteed to succeed—as all fans know, such an assurance is not real in the ever-volatile sport of MMA—but based upon their skills, developments, and overall streaks, it appears as though they will achieve an impressive amount of success in 2016.

Time will tell, but regardless, these fighting careers of these five athletes are worth monitoring closely.