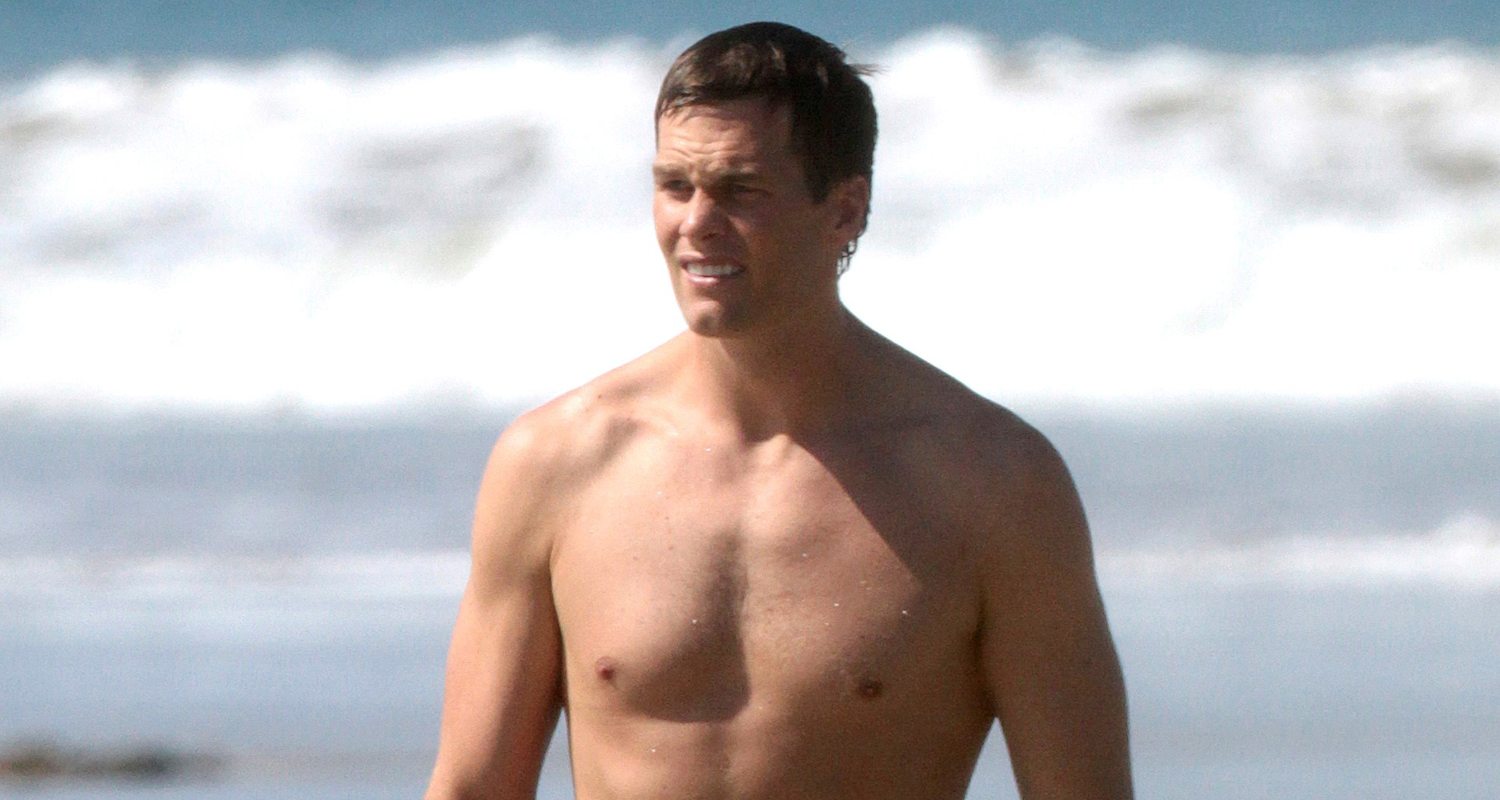 Tom Brady is easily (or arguably) the greatest quarterback of all time, and now that 40 is looking him square in the eye, he knows there are others breathing down his neck.

Next up for Tom Brady is challenging the conventional wisdom of how long a quarterback can play at a high level in the NFL. The leader of the New England Patriots turns 40 on Thursday; an age considered both a line of demarcation and decline for even the game’s greatest names.

Brady already redefined what it meant to have success after age 35 even before he captured his fifth Super Bowl ring last season. With a stated desire to play until age 45 – and possibly beyond it – Brady might one day find himself in rarer company.

According to Pro Football Reference, Brady is poised to become the 20th quarterback in league history to appear in a game at 40 or older. Whether it’s a byproduct of the system he plays in, avoiding injury, or the training and nutrition regimen he swears by, unlike virtually all of his predecessors Brady isn’t showing signs of slowing down.

“For Tom, I think it’s gonna come down more to motivation,” said Hall of Fame quarterback Warren Moon, who retired at age 44 after 17 NFL seasons and six in the CFL. “Does he see himself having the same motivation, drive, and desire five years from now that he has right now?”

Since 2000, seven quarterbacks have thrown a pass over the age of 40 in the NFL: Moon, Brett Favre, Vinny Testaverde, Matt Hasselbeck, Doug Flutie, Mark Brunell and Brad Johnson.

“I think injuries will have a lot to do with (how long Brady plays),” Moon said. “He’s won five Super Bowls. How many more years can he have that deep down, burning desire to want to win?”

Meanwhile, Brady is coming off his 12th Pro Bowl selection and is playing as if he’s still in his prime. At 39, he threw for 3,554 yards and 28 touchdowns in a regular season shortened by his four-game “Deflategate” suspension. In addition, his 67.4 completion percentage last season was second only to the 68.9 percent he completed during his 2007 MVP season.

Brady also has been finding the end zone at a higher rate the older he gets.

By comparison, over his final five seasons, Peyton Manning averaged 34 touchdowns. Favre came in at 22.

Hasselbeck played at 40 in 2015. He said Brady benefits from playing in a quarterback-friendly rules era, but he does take a fair amount of hits.

He also sees a player defying his age in other ways. 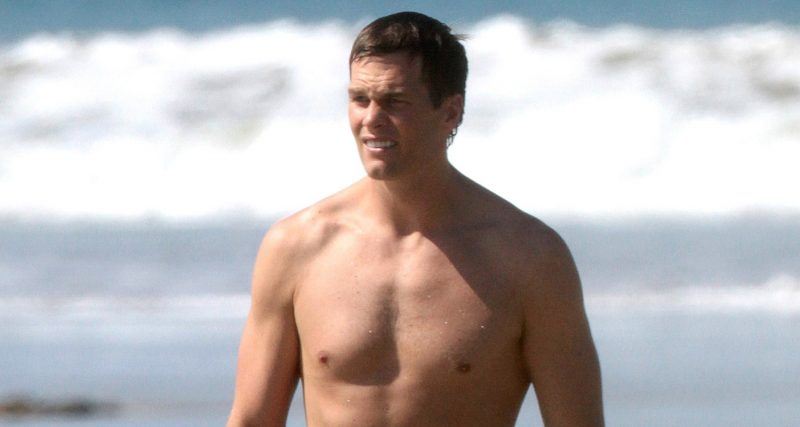 “He looked better than I have ever seen at running or scrambling,” Hasselbeck said. “It was like all the extra attention he’s put in training and recovery showed up on the football field.”

Since 2004 when Brady was 27, he also has relied on a nutrition and workout program developed by friend and health guru Alex Guerrero. Under Guerrero’s guidance, Brady follows a mostly plant-based diet during the season.

In 2013, Brady and Guerrero partnered in opening the TB12 Sports Therapy Center. The basis for Guerrero’s program – in particular the plant-based diet component – has been criticized by some as junk science. But since Brady began working with him, other than a torn left ACL in 2008, he has not missed a regular-season game due to injury.

Receivers Julian Edelman and Danny Amendola also have used Guerrero’s methods. For the past three months, star tight end Rob Gronkowski has utilized the program as he works his way back from back surgery that ended his 2016 season after eight games.

Brady has even served as his personal chef. 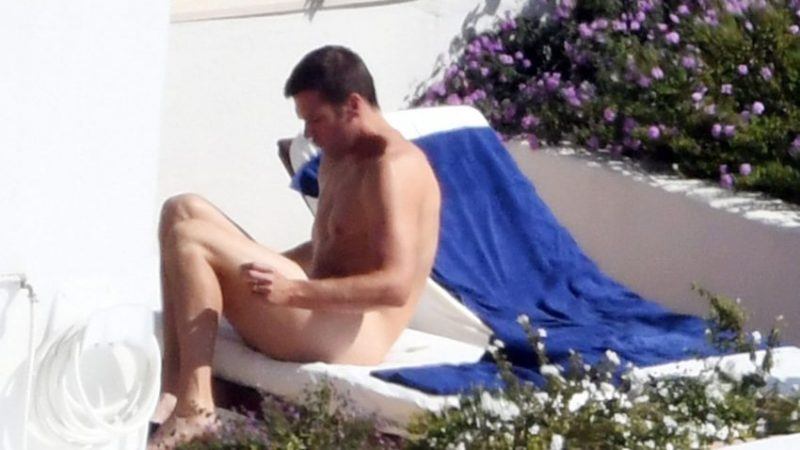 For all the respect Brady has garnered, beginning Thursday whatever he does going forward will come with all the reminders he is now in a special age group.

“People don’t let you forget it,” Hasselbeck said. “People act like you’re getting ready to go in an old folks’ home.”

Patriots backup quarterback Jimmy Garoppolo said not even Brady’s Super Bowl rings can protect him from the jokes he’ll hear.

“We have to, right? It wouldn’t be right if we didn’t,” Garoppolo said. “We’re there to bring him back down to earth every once in a while.” 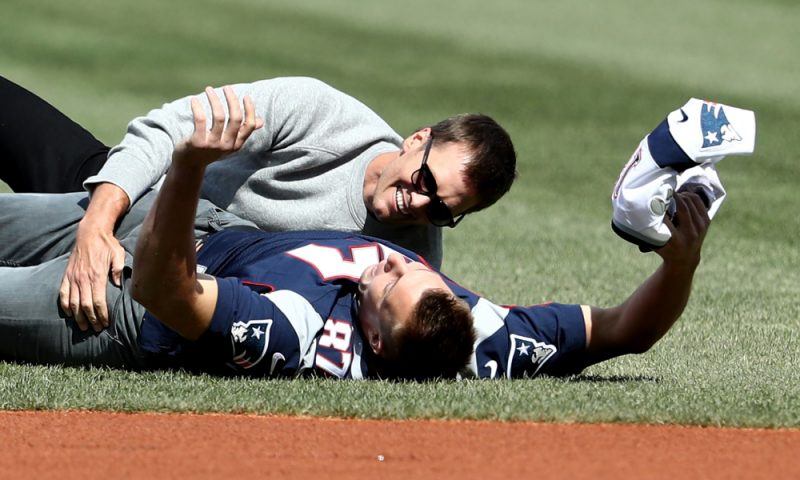 Rob Gronkowski already said what he’s gotten him for his birthday.

It turns out Brady might have to wait until September to open his present. But that doesn’t mean Gronk’s gift isn’t a good one.

Q: What do you get a guy like Tom Brady for his birthday?
Gronk: I get him touchdowns. You’ve got to catch the ball. That’s all he wants.

On Wednesday, Gronk revealed what he got Brady for his birthday: touchdowns.

In their time playing together, Brady and Gronk have connected for 67 touchdowns. No other player has caught more touchdowns from Brady than Gronk. The next closest player? Randy Moss with 39.