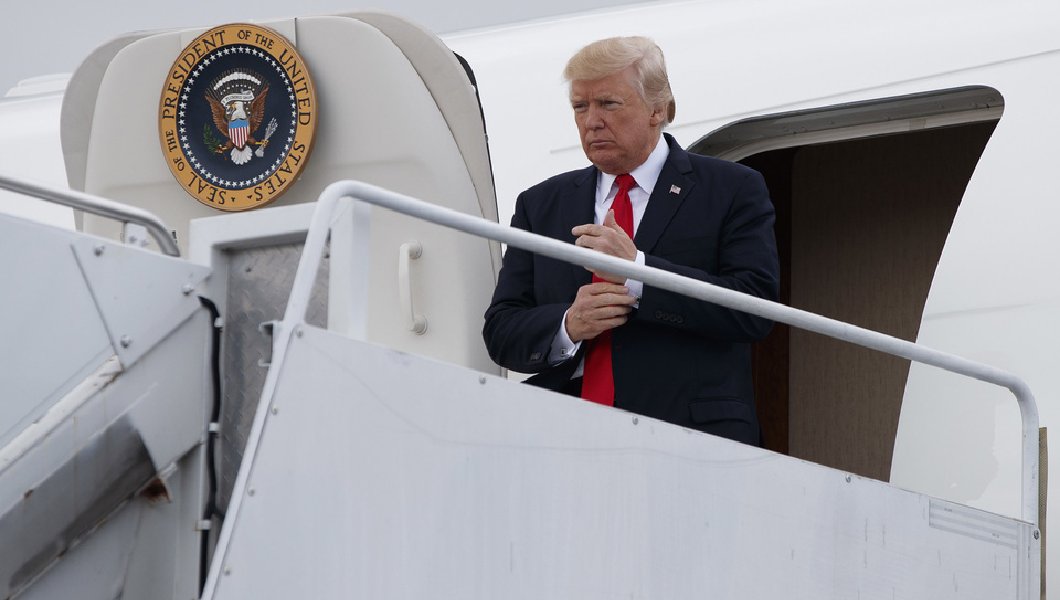 By now, we become accustomed to Donald Trump‘s threats, but we’ve also come to know that they are about as empty as his moral standing, so his latest claim to force the collapse of the Affordable Care Act aka Obamacare has been debunked already.

President Donald Trump’s bold threat to push “Obamacare” into collapse may get harder to carry out after a new court ruling.

The procedural decision late Tuesday by a federal appeals panel in Washington has implications for millions of consumers. The judges said that a group of states could defend the legality of government “cost-sharing” subsidies for copays and deductibles under the Affordable Care Act if the Trump administration decides to stop paying the money.

Trump has been threatening to do just that for months, and he amped up his warnings after the GOP‘s drive to repeal and replace “Obamacare” fell apart in the Senate last week. The subsidies help keep premiums in check, but they are under a legal cloud because of a dispute over the wording of the ACA. Trump has speculated that he could force Democrats to make a deal on health care by stopping the payments.

The court’s decision is “a check on the ability of the president to sabotage the Affordable Care Act in one very important way,” said Tim Jost, professor emeritus at Washington and Lee University School of Law in Virginia, a supporter of the ACA who has followed the issue closely.

Because of the ruling, legal experts said, states can now sue if the administration cuts off the subsidies. Also, they said, the president won’t be able to claim he’s merely following the will of a lower court that found Congress had not properly approved the money.

“We’re not going to wait to find out what Donald Trump wants to do,” said California Attorney General Xavier Becerra, who is helping steer the states’ involvement. “My team is ready to defend these subsidies in court.”

The Justice Department had no comment. The White House re-issued an earlier statement saying, “the president is working with his staff and his Cabinet to consider the issues raised by the … payments.”

Trump has made his feelings clear on Twitter. “If ObamaCare is hurting people, & it is, why shouldn’t it hurt the insurance companies,” he tweeted early Monday.

He elaborated in an earlier tweet, “If a new HealthCare Bill is not approved quickly, BAILOUTS for Insurance Companies…will end very soon!”

In a twist, the appeals court panel seemed to take such statements into account in granting 17 states and the District of Columbia the ability to intervene on behalf of consumers.

The judges’ decision said states’ doubts that the administration could adequately defend their interests in court were fanned by “accumulating public statements by high-level officials…about a potential change in position.”

“He’s really a terrible client, President Trump is,” University of Michigan law professor Nicholas Bagley said. “The states point to his public statements and say, ‘Are you kidding me? We know the president is poised to throw us under the bus and we know because he said so.'”

The health law requires insurers to help low-income consumers with their copays and deductibles. Nearly 3 in 5 HealthCare.gov customers qualify for the assistance, which can reduce a deductible of $3,500 to several hundred dollars. The annual cost to the government is about $7 billion.

The law also specifies that the government shall reimburse insurers for the cost-sharing assistance that they provide.

Nonetheless, the payments remain under a cloud because of a disagreement over whether they were properly approved in the health law, by providing a congressional “appropriation.”

A district court judge agreed with House Republicans, and now the case is before the U.S. appeals court in Washington

If Trump makes good on his threat, experts estimate that premiums for a standard “silver” plan would increase by about 19 percent. And more insurers might decide to leave already shaky markets.

In Congress, some prominent lawmakers in both parties are saying they hope to provide at least a temporary guarantee for the subsidies before open enrollment season for 2018 starts Nov. 1.