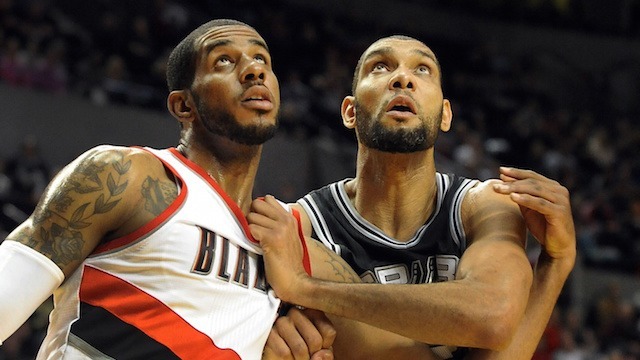 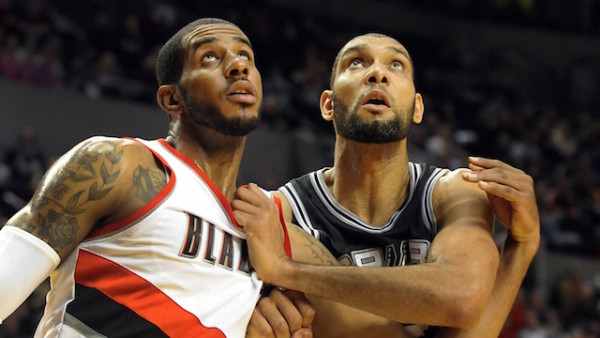 The biggest star of NBA Free Agency 2k15 has made up his mind—LaMarcus Aldridge will be sporting silver and black for the next four years after signing an $80 million contract with the San Antonio Spurs.

Coming off a less than spectacular season as defending NBA Champions, San Antonio is entering the final year of an era. 2015-2016 may very likely be the final season for sure-fire Hall of Famer Tim Duncan, and it will definitely be the end of Manu Ginobili’s professional basketball career. Five NBA Titles later, things will be looking a bit different on Gregg Popovich’s squad.

That’s where Aldridge comes in. Sure, people will question why he went to a team which will be losing two of its biggest stars after one season; but they don’t realize that it really doesn’t matter—the Spurs’ championship window is more like a perpetually-open door.

The Los Angeles Lakers and Boston Celtics are the NBA’s two winningest franchises, but even they are going through a regrouping stage after seeing a lot of success from 2007-2010. That’s normal. Most teams win, rebuild, win, and repeat.

Not the Spurs. Since Duncan arrived in the 1997 NBA Draft, San Antonio hasn’t missed the playoffs. And if you let the 1996-1997 season slide, you’ll have to go all the way back to 1989 to find a playoffs without them.

Well, now the Spurs are looking to extend that streak far past Duncan’s final season. With The Big Fundamental on the team, San Antonio will always be in championship contention; but even after he calls it quits Aldridge, Kawhi Leonard, Tony Parker, and Danny Green will be there to just keep on winning.

That’s really not why Aldridge decided on San Antonio though. He had that with the Portland Trailblazers to an extent. If he was satisfied with just making the playoffs, LA would still be in Oregon. That’s not what he’s looking for. He wants to win. He wants to win fast, and he wants to win now.

Unfortunately for Aldridge, his contract was pricy. That $80 million had to come from somewhere, and big men Tiago Splitter and Aron Baynes got the short end of the stick. Baynes is off to the Detroit Pistons to continue to get posterized by anybody and everybody, but Splitter is actually a pretty big loss for the now-centerless Spurs.

As a result, Tim Duncan will be even more important to this team than before. Duncan is an extremely underrated defender and rim protector, but with no one bigger than him on the roster, he’ll be thrown into the center position. Not a problem. Duncan can already post-up, rebound, and clog up the lane; so the name change is basically a formality.

Aldridge and Duncan will also be absolutely fantastic together. Their play styles complement each other perfectly. Both stretch the floor from the lane all the way to the edge of the three-point line. Whether they’re posting up or shooting a jumper, these two can score. Throw in rebounding, and the Spurs have quite the duo on the court. On top of that, Aldridge could very likely have the best year of his career simply because Duncan makes his teammates so much better.

Finally, the Spurs are helping set a trend that the rest of the NBA seems to be seriously considering. Everyone watched the Golden State Warriors win it all with a small lineup, so Popovich decided to one-up them by forming a big-small-ball squad.

Because of their ability to stretch the floor, Duncan and Aldridge can matchup with just about any formation a team could throw at them. Neither is afraid to work the post against a center if need be, and they are still bigger than anyone the Warriors would have been able to put on them.

Ginobili wants one more ring. So do Duncan, Parker, Pop, and even Leonard. LaMarcus Aldridge wants his first.

Good luck stopping a determined championship contender with an additional superstar in the arsenal.