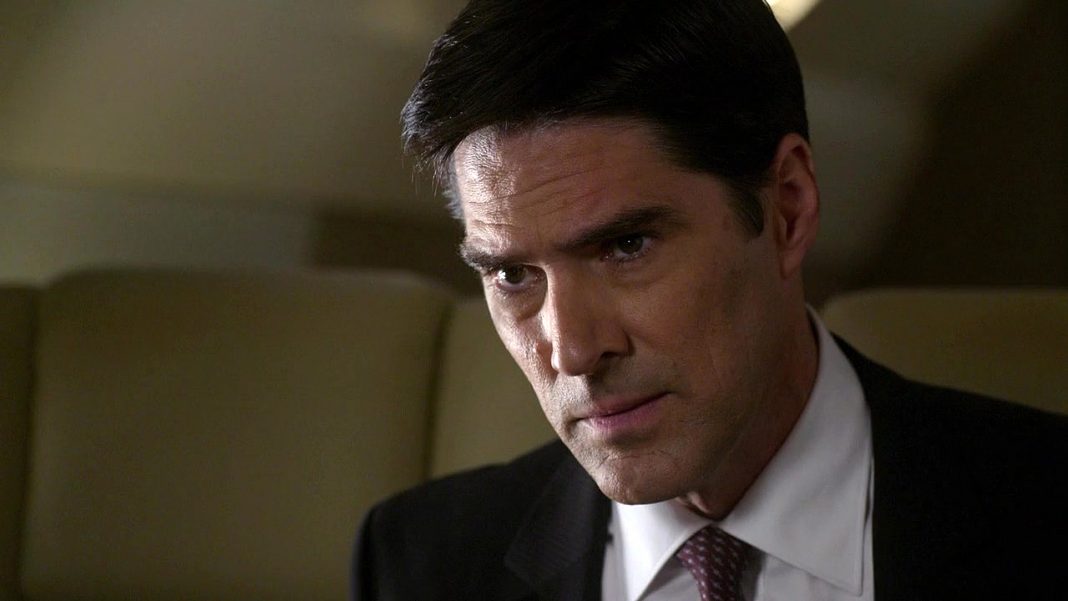 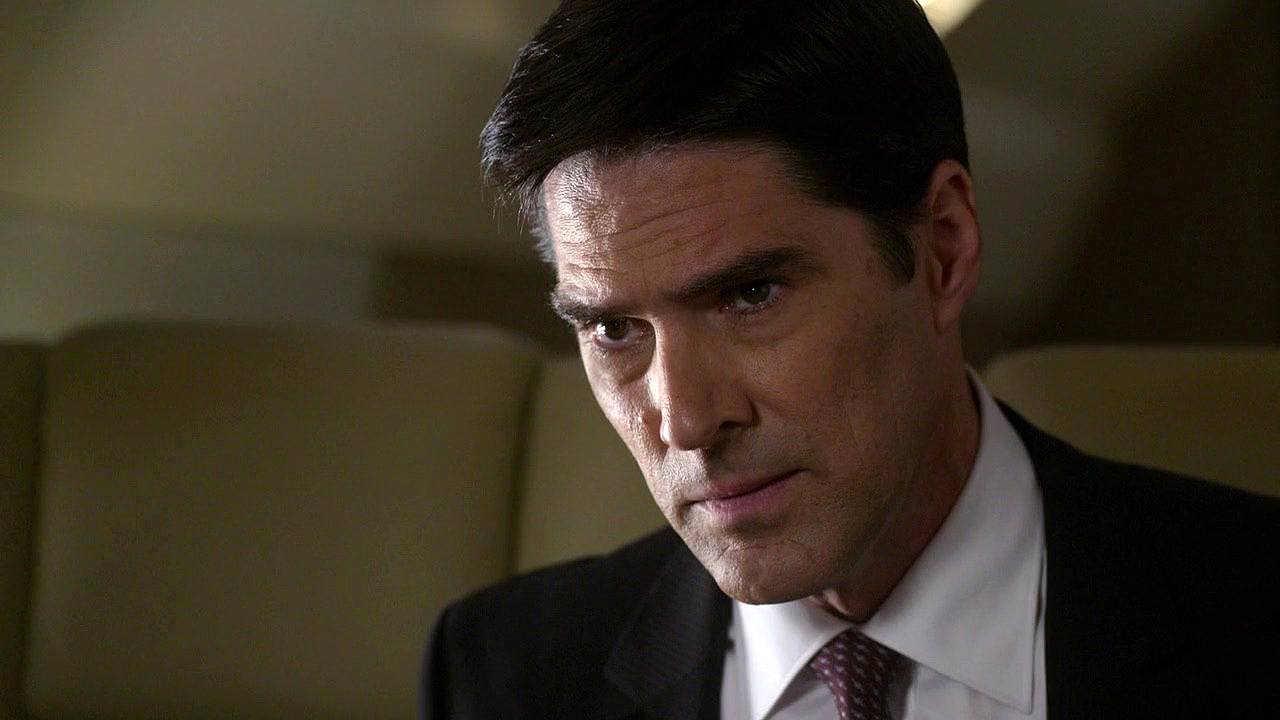 The “Criminal Minds” altercation that got Thomas Gibson fired from the veteran CBS procedural drama was kicking a writer on-set.

The official dismissal/firing follows news that the actor — who had been on the veteran procedural since its start — kicked a writer on-set. As of Thursday, Gibson was facing a two-episode suspension following the incident. His character was to be written out of both episodes, with that now turning into being written out of the series on which he has starred for 11 seasons.

The incident occurred while Gibson was directing an episode of the drama’s upcoming 12th season and had a dispute with the hour’s writer, who also happened to be on-set. Insiders say they got into an argument and tempers on both sides flared, with Gibson said to have instinctively reacted to aggression and kicked the writer.

“I love Criminal Minds and have put my heart and soul into it for the last 12 years,” Gibson said in a statement to media outlets on Friday. “I had hoped to see it through to the end, but that won’t be possible now. I would just like to say ‘thank you’ to the writers, producers, actors, our amazing crew, and, most importantly, the best fans that a show could ever hope to have.”

Gibson had been under contract for the ABC Studios/CBS Television Studios co-production for all of season 12. This was the second incident for Gibson with the series; he pushed another producer a few years ago and had to attend anger management classes, though he was not suspended.

“There were creative differences on the set and a disagreement,” Gibson said in a statement on Thursday. “I regret that it occurred. We all want to work together as a team to make the best show possible. We always have and we always will.”Gibson’s dismissal from the series comes as Criminal Minds was already undergoing a bit of a creative change for season 12. The series said farewell to former leading man Shemar Moore last season, and will see Paget Brewster return for season 12. Brewster was a regular on the CBS drama from seasons two through seven. She was credited as a special guest in season nine and returned last season as part of the storyline that saw star Moore exit the series after 11 seasons. To help make up for the void, the drama cast CSI: Miami grad Adam Rodriguez as a series regular. He will debut in the season 12 premiere.

Thomas Gibson has been fired from “Criminal Minds,” the CBS crime drama he’s starred in for twelve seasons. This came just one day after he was suspended from the first two episodes of the new season because of problems. He was directing and starring in those episodes and creative issues arose.

It appears that an on-set altercation happened with a producer resulting in his being fired from the show. No word on a replacement for his leading character or how the show will explain his disappearance from the upcoming season.

ABC Studios and CBS Studios issued this quick and rather terse statement:

“Thomas Gibson has been dismissed from ‘Criminal Minds,’ ” ABC Studios and CBS TV Studios said in a statement Friday. “Creative details for how the character’s exit will be addressed in the show will be announced at a later date.” 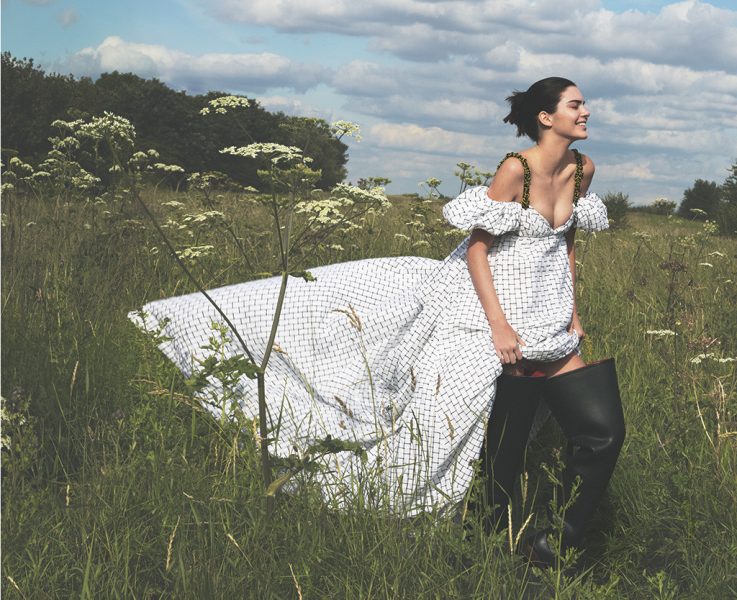 Kendall Jenner is appearing as the cover girl for the next issue of Vogue. The photo shoot for the issue found Kendall wearing a Gucci item as well as dresses by both Maison Margiela and Proenza Schouler. When asked about how the media perceives the Kardashian family Kendall said that when people meet members of the family, they are surprised to find that they are not as horrible as the media makes them out to be.

Fans of the fashion bible have taken to social media in their droves to condemn the magazine for selecting the reality TV star as their cover girl.

‘RIP Vogue USA,’ said one user, which led to countless others following suit with tweets echoing the same sentiment. 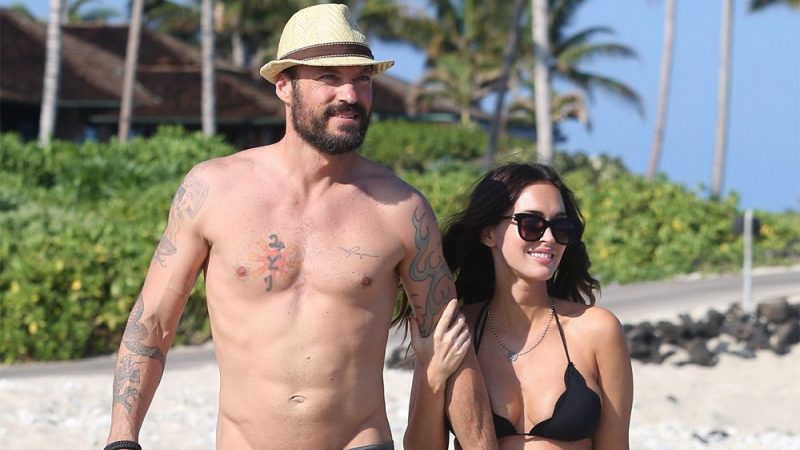 Megan Fox and Brian Austin Green welcomed their third child into the world together last week. The couple now has three sons who are two and three years old. Congratulations go out to the family.

Miranda Kerr will be appearing on the cover of the September 2016 issue of Harper’s Bazaar. For the magazine’s cover shoot she invited cameras into her home in Malibu. She is pictured in the magazine’s spread wearing swimsuits by La Perla and Hermes. In the interview for the cover story, Kerr said that she and husband at the time, Orlando Bloom, moved from New York to California to give their son a better life. She now lives in a home that her fiancé purchased for her.

Supermodel Bar Refaeli gave birth to a baby daughter today. The baby is the first child for Refaeli and her husband and was born in Tel Aviv, Israel. The couple has been married since September of last year and announced her pregnancy by posting a picture to her Instagram account on New Years’ Day 2016. The picture showed the positive pregnancy test. Throughout her pregnancy she continued to post photos on her Instagram account. 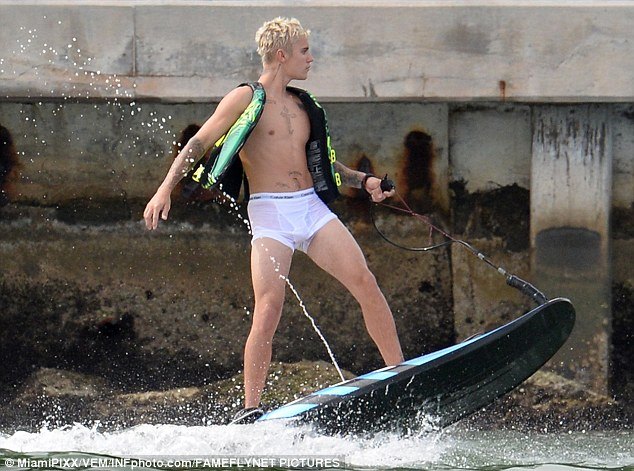 Justin Bieber has recently been romancing 18-year-old Sofia Richie, daughter of Lionel Richie. Sofia and Justin are said to have recently spent five days together in California and flew to Japan together so that Bieber could perform two scheduled concerts in the country. Sofia is also known for having modeled for Madonna’s line of juniors clothing.

Mena Suvari and Alicia Silverstone will be starring in an upcoming TV show called American Woman. The show will air on TV Land and is a comedy Suvari and Silverstone are set to play single women living in the 1970s. 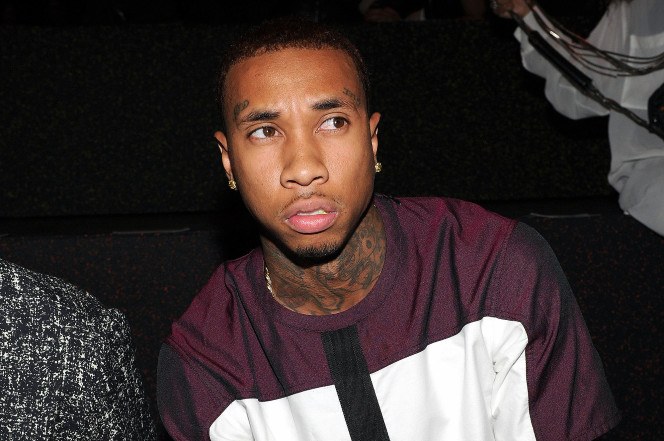 Rapper Tyga recently had a warrant out for his arrest after failing to attend a court hearing he was supposed to be present at. His legal troubles stem from his rental of a home in Malibu in 2012. Tya missed three months of rental payments on the house and then moved out before his rental agreement had concluded. The owner of the house then sued Tyga for $480,285 worth of damage to the house. Tyga recently purchased a luxury car and the owner of the house he rented got wind of it. The owner pursued Tyga in court for spending money on a car instead of paying for the damages he did to the house. Tyga has not officially commented on the situation and is said to be out of the country this week with his girlfriend, Kendall Jenner. 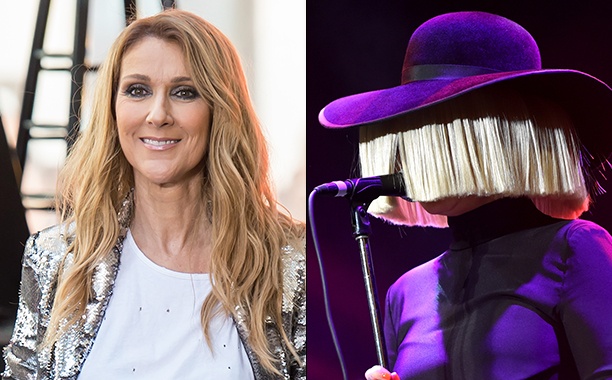 Up-and-coming singer Sia is getting quite the boost to her career with a ringing endorsement from Celine Dion. She even went so far as to write a tribute to Sia where she said that Sia is incredible and confessed she has never met anyone else like her. Dion said that Sia has a clear vision when it comes to her performances, videos and singing. Dion has been aware of Sia since Sia co-wrote the song “Loved Me Back To Life.”

Though Jay Pharaoh and Taran Killam have been let go from the cast of Saturday Night Live, both of them will be filming pilots for Showtime. Both pilots are for comedy shows, and the directors of both shows had said they would work with Killam and Pharaoh’s work schedules for Saturday Night Live.

Christie Brinkley is fighting back against the media amidst rumors that she and ex-boyfriend John Mellencamp recently broke up because she thought he was a redneck. Brinkley explained that the real reason the couple broke up is that their careers and separate homes prevented them from spending time together. She has also had to take to her Twitter account to discount the rumors that they broke up over political viewpoints that were different. She even confessed that both she and Mellencamp are supporting Hilary Clinton in the election.

Wrapping up today’s celebrity gossip, Stephen Colbert is in talks to broadcast live on cable TV on election night. The network has announced that there will be no commercial breaks during his broadcast and his language will not be censored. Showtime will air the live broadcast and has stated that Colbert is excited about being able to use curse words on a live broadcast.