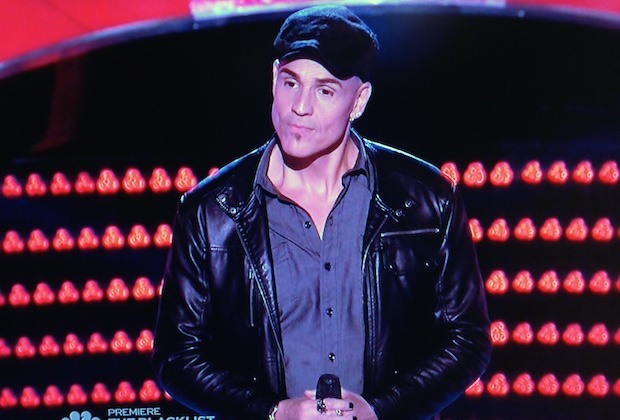 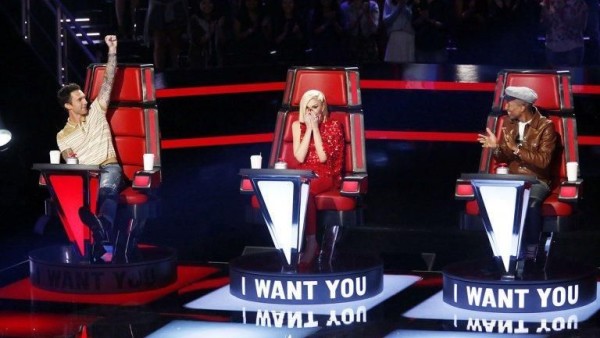 It is week 2 of season 9 of The Voice. This week the judges – Adam Levine, Blake Shelton, Gwen Stefani and Pharrell Williams – continue recruiting their team in blind auditions.

So here’s a recap of some of the highlight performances (good and bad) of the night:

“I Want You to Want Me” by Cheap Trick

Morgan was the first performer of the night. She took a unique twist on the classic song “I Want You to Want Me,” adding her obvious country-flare.

Her slowed down version of the hit garnered the attention of both Blake and Gwen, but she inevitably choose fellow country singer Blake Shelton to be her mentor.

The 17-year-old grew up in a rock n’ roll household. The singer joined her first band when she was 12-years-old, where she shocked audiences with her performances of classic rock songs. To me, her vocals didn’t feel strong enough to carry the ambitious song, however she was able to get three judges to turn their chairs

“Lay Me Down” by Sam Smith

Jeffrey was spot-on when he decided to sing a Sam Smith ballad for his audition. He has a very Sam Smith-esque voice. He delivered a strong performance, while ensuring to add his own personal touches to the hit song.

“Lips Are Movin’” by Meghan Trainor

Lyndsey works full-time in her family-owned pest-control business. Although she enjoys working with her family, her true passion lies with music.

Lyndsey definitely added her own flare to the pop song.

Finally, The Voice delivered on a truly unique sounding artist, who obviously has a strong understanding of music. It was not all too surprising that she got all four judges to turn and caused a battle between them in attempt to recruit her.

“Word Up” by Cameo

Although the singer has the looks, he unfortunately didn’t deliver enough in his vocal performance. Joe tried to conquer a clearly high-energy song, but quickly became out-of-breath and unable to fully showcase his singing abilities. 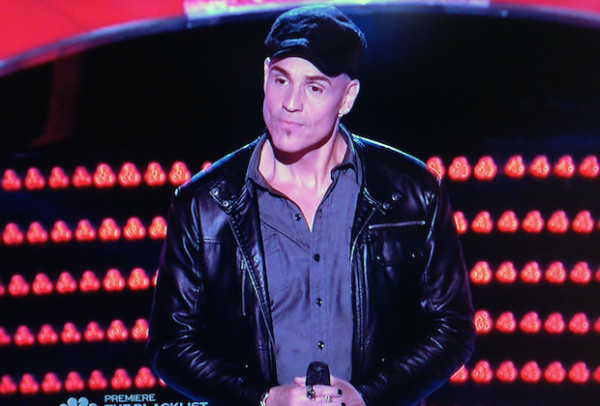 “Here I Go Again” by Whitesnake

The 45-year-old photographer took to the stage to prove it’s “never too late” to pursue your passion. Manny reveals that he has been in countless bands in the past – ranging from R&B to Spanish-influenced groups.

Barely a line into the song, Manny gets Adam to turn (who is obviously a fan of his song choice). His well-polished, seasoned vocals had all four judges turn their chairs. Adam was even seen standing on top of his chair, giving Manny a standing ovation. Needless to say, Adam was able to convince Manny to join his team.

“its Too Late” by Carole King

At a young age, the singer found out she needed reconstructive surgery for her eardrum. After getting the procedure, she found a new appreciation for sound and music.

The singer has a very distinctive, folk-sounding voice. She quickly gets both Gwen and Pharrell to turn their chairs.

Madi is definitely one of the only singers so far in the blind auditions that I may actually remember come the battle rounds.

“Thinking Out Loud” by Ed Sheeran

Chris is a 31-year-old musician from Texas. He grew up playing in a band with his family. He chose the Ed Sheeran hit “Thinking Out Loud,” as he is a newlywed and felt he could truly “connect” to the song.

Seconds into his performance he peaked the interest of all four of the judges. He gave a soulful, but more tame performance of the song. Therefore, I am a bit confused to why he caught the judges’ attention so quickly.

“Seven Bridges Road” by The Eagles

The night closed out with an act that does something that “has never been seen before on The Voice stage,” as Carson Daly gladly hyped throughout the show. Amanda and her boyfriend Jubal are both music lovers and own a kids music school together.

While the couple doesn’t offer too much more than a well rehearsed country performance of the song, they “floor” the judges when Jubal gets down on one knee and proposes to Amanda.  Of course, on national TV she says yes.

So while mentors Gwen and Blake are in the midst of divorces, The Voice attempts to establish itself as not the wrecker of all marriages, by fostering a new one.

So how many spots are left?

Adam has 5 spots, while Blake, Gwen and Pharrell have just 4 spots left.

And that concludes tonight’s blind auditions. You can catch the next series of auditions tomorrow night on The Voice on ABC at 8/7c.