Home All News Movie News The Madness of ‘Deadpool’ 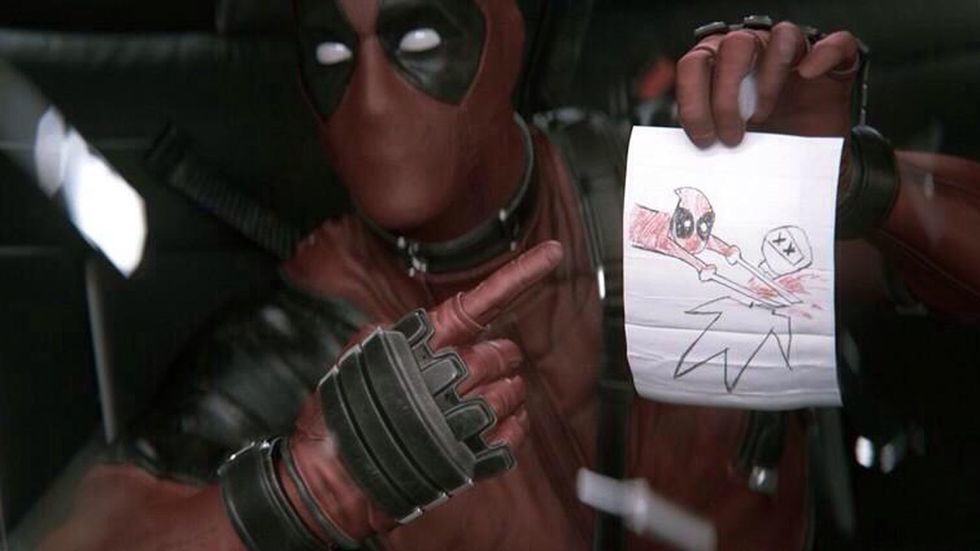 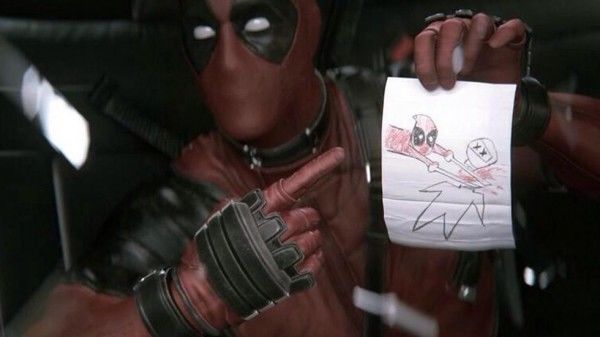 Just watched Deadpool. Yeah, late again but it was a good ride. Just good? Not insanely great as an iPhone 6S? I’d have to admit, when I watched it I didn’t know what to make of it. But it’s that type of movie where you’d have to watch it again to make sense. But the itch to watch it again is there. Not the kind of movie where you’re forced to watch again to understand but don’t really want to. Make sense? Deadpool is like an ultra-violent, strictly-no-kids-allowed superhero movie parody except it’s not since it’s his own story. It’s a comedy slash love story slash horror story with plenty of slashing.

No spoilers here, not much anyway. We’ll just discuss a few elements of a self-indulgent movie that could confuse moviegoers who have no idea of who Deadpool really is. So if you don’t know the character and intend to watch the movie because your friend won’t shut up about it, go to Wikipedia to brush up and check out the Youtube channels Variant and ComicsExplained, or you could get an issue of New Mutants 98 from eBay. I’d have to admit I’m not much of a fan since I wasn’t into Wolverine’s BFG-toting Weapon X buddies like Maverick or Agent Zero during the 90s. That and I was short on a few bucks. My first real brush with the character was his book’s tie in with an X-Men event called Curse of the Mutants which involves vampires and I love that kind of stuff. In that comic, Deadpool was hilarious.

So why are fans crazy about this crazy movie? Because comic book fans love it when the source material is followed, most of it anyway! (Cough! FF4! Cough!) The film was also loaded with references to and Easter eggs referring to other films. Ironically, Deadpool is from the same film outfit, Fox and Fox thought, let’s experiment and see if following source actually works. In the comics, Deadpool is a crazy antihero character and the process that turned him into what he is made him crazier. The antagonists inject him with something nasty to accelerate his mutation and subject him to intense stress through torture for the injection to work. Placing him in a software development job with an impossible deadline and overbearing boss will also do the trick but won’t be as R-rated.

With that, the movie doesn’t take itself too seriously but the plot was solid and the humor well-placed. The R-rating probably helped because Mr. Pool’s dirty mercenary requires it. Wolverine, due to his nature should have been an R as well but we can’t have that. As a supporting character for the X-Men, Deadpool is a dead throwaway for an experimental R-rated movie which just happened to be successful. Expect an R-rated FF or Wolverine soon. Maybe even a few R-rated films from Marvel studios featuring potentially R-rated characters like Tigra and Black Cat. Jessica Jones is already taken and her also R-rated series is successful by the way.

About the craziness of the Deadpool character, audiences should understand that the movie is crazy because the character is. The guy loves talking to his enemies, himself (who talks back) and believes that he has an audience (that’s us) so he talks to them too. I’d like to share a little tidbit in the comics. When Deadpool talks in the comics, he has one or more bubbles that refer to him, himself and some other self. One of those other selves is a similarly powered and just as crazy Marvel villain called Madcap. Madcap started out as a Captain America villain who by accident that killed his family, was exposed to a chemical agent that rendered him unable to feel pain, rendered him emotionless and gave him a super healing factor. He dresses like a garish clown, has a toy gun that shoots bubbles and can render someone insane through eye contact. An encounter with Deadpool incinerated both characters but the remains regenerated into one being with Deadpool being dominant and Madcap becoming a speech bubble. But they were later separated in another story.

I said no spoilers but here’s a tiny bit. In the film, Deadpool’s enemy is someone named Ajax. Like Madcap and Deadpool, Ajax has a super healing factor but like Madcap, he doesn’t feel pain. Deadpool can say ouch and probably feels pain all the time while his cancer grows and his healing factor fights, like an itch you just can’t scratch. Who wouldn’t go insane from that?

I have a couple of gripes about the movie though. This movie is an X-Men Tie-in or it exists within the X-Men franchise hence the presence of Colossus in the trailer. Colossus here is terribly buff and looks old and talks old in this movie as opposed to his character is the other X-Men movies. I guess the years between now and X-Men: The Last Stand and changes brought by X-Men: Days of Future Past must have been good to him.

In X-Men Origins: Wolverine, Deadpool was clearly a mutant from the beginning with enhanced speed and agility used in his bulletproof swordplay at the start of the movie. He was already enhanced before his cancer and didn’t need any processing to give him powers. It’s another convolution to the already convoluted franchise or maybe that Deadpool is a self-contained universe that makes liberal use of X-Men characters and references but not really linked to the convoluted X-Men timeline.

In unrelated convolution, in X-Men the Last Stand, Angel was a young man and that I assume was set in the 2000s. Then who is the Angel/Archangel recruited by Apocalypse during the 80s in the upcoming movie? Could it be Angel’s dad Warren Worthington II? The same guy who developed the cure?

Also, I’m just nitpicking here but aside from the crazy, Ajax and Deadpool also have the same power set. It’s the same Marvel formula some fans have been complaining about. Before I didn’t mind it much but now I see it since somebody brought it up. The cool thing is, the origin was done through flashbacks so origin story complainers won’t have much to complain about. But really, generally obscure characters need origins. But don’t let origin issues and same-hero-villain-power issues get in the way of enjoying the story and the movie itself. Deadpool is fun and crazy. Go watch it and stick to the end credits.