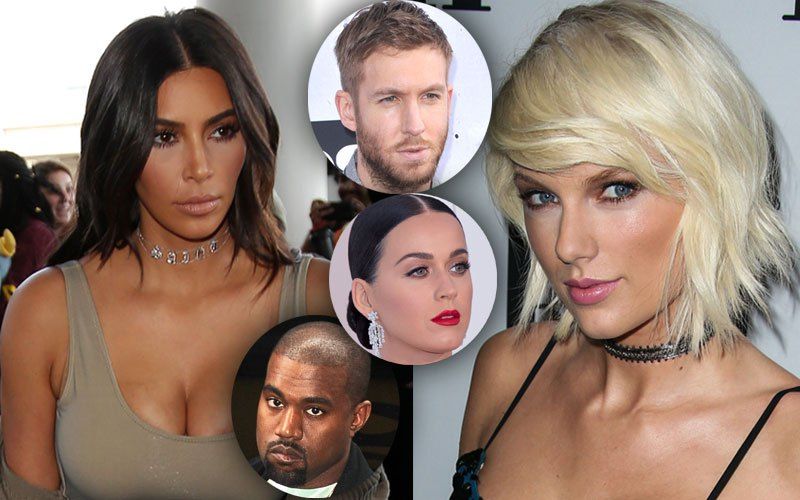 People are all up in arms about the Snap Chat video Kim Kardashian-West posted that prove Taylor Swift lied about knowing Kanye was going to say what he said about her in “Famous. Swift’s friends and other people feel like we should “just forget about it. There are more important things going on in the world right now.” But we can’t just shrug our shoulders and say, “Oh man, she got us.” Because if it were any other person, in particular, a person of color, no one would be encouraging the masses to leave it alone.

Here is what we have to understand about this situation. Taylor Swift is very well aware of her privilege. She knows that people regard her as this powerful, feminist, strong leader that has taken on the likes of Kanye West, a brute, black, egotistical male that puts himself and his wife on a pedestal. Swift knew that people would give her the benefit of the doubt over him, and so she used that privilege to sway the situation in her favor. To make it seem like he and Kim K. are just out for bad blood and refuse to leave her alone. Taylor made it look like she has no inkling of an idea why they continue to bring her up in social media, in interviews, and in songs. She played the victim role because she knew people would believe her. I mean, after all, she is a blonde haired, blue eyed, non-threatening Caucasian female who can do no wrong. That narrative is what’s wrong with what she did and why we can’t sweep this under the rug.

How much longer are we going to let privilege get the best of us? When are we going to say, “Enough is enough, you have to answer for what you did?” It disgusts me that people are making excuses for her. There is a very real double standard that continues to divide us when across the board there should be a fair course of action/ response when different people do the same thing.

The girl purposely tried to make Kanye look bad. And for those that say, “Well what about what he did to her in 2009,” clearly they got past it and became friends. In a real friendship, when stuff happens, and you get past it, you let it go and don’t secretly plan for the day you’re going to “sock it” to your so-called friend.

Taylor Swift wants to talk about the “assassination” of one’s character when she did the very thing she is accusing the Wests’ of doing by lying and releasing statements asking them to leave her alone. How can we pardon her actions when she knowingly lied and tried to make them the bad guys? Doesn’t that go against who she is? Even now she’s saying that Kanye never played the “bitch” line for her. If that’s the case, why threaten legal action in the event of a video being released? Wouldn’t’ the video prove that he’s lying because he ran everything by you but the line that serves as the inciting incident?

In the midst of all this, I’m trying to understand why she didn’t come clean in the first place. I have narrowed it down to two scenarios. Situation one: She could have honestly thought it was funny and didn’t see anything wrong with the lyric. Then after getting off the phone with Ye, her reps got wind of the song, told her she cannot cosign it and must deny knowing anything about it. Situation two: She knew from the very moment he called and told her about the song she was going to pretend everything is kosher and then flip the script. If the latter is indeed the case, then she is the worst, most dangerous kind of privileged, entitled individual.

The kind that will make you believe everything is cool and then in a crucial moment act oblivious once the shit hits the fan. Taylor is the kind of person who wants everyone to think she’s so humble and graceful and badass when in reality she’s a manufactured persona always on the brink of exposure for who she truly is. I bet that’s why Calvin Harris feels the way he does about her. I mean her people did burst him out recently about a song she co-wrote with him under a pseudonym, which Harris confirmed. Even when she had her beef with Nicki Minaj last summer, she was condensing, rude and very anti-girl power in her response to the rapper.

When it comes down to it, there is no room to defend what Taylor Swift did. I have my issues with Kanye and Kim, but taking advantage of the fact that people don’t think highly of them in an attempt to make yourself look better is pathetic.

Just own up to what you did and keep it moving Taylor Swift.