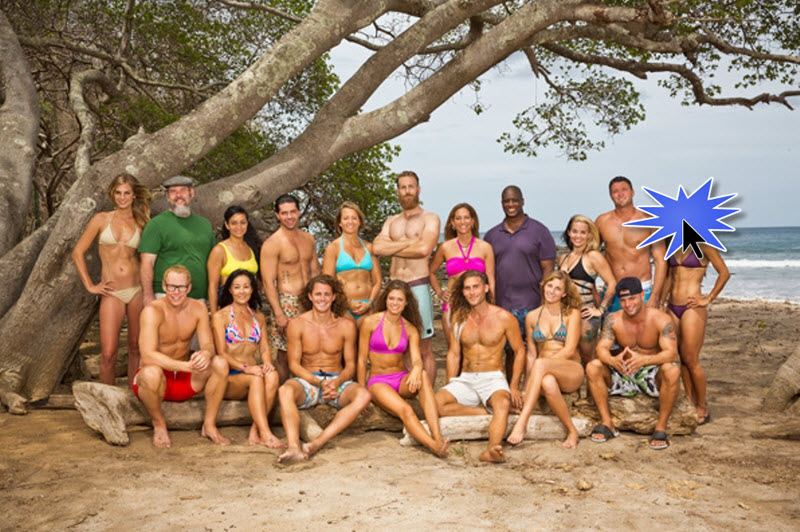 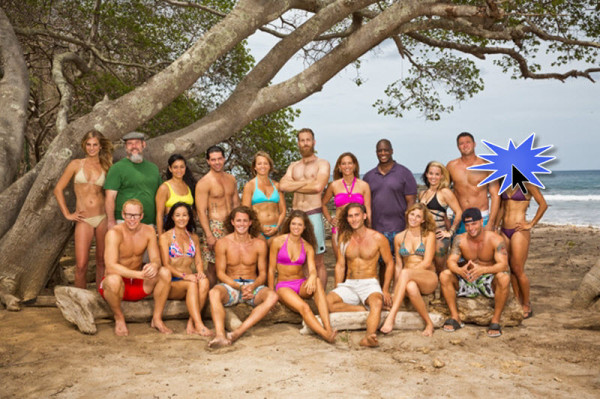 In the premiere episode of Survivor’s 30th season called Worlds Apart, the three tribes were introduced to viewers. Contestants were divided up into these three tribes based on what they do for a living as well as their general approach to life. The white collar tribe includes an Executive with Yahoo and a former professor as well as a retailer buyer and a marketing director. These contestants are accustomed to being in charge of those around them and always being the ones to make decisions for a group. 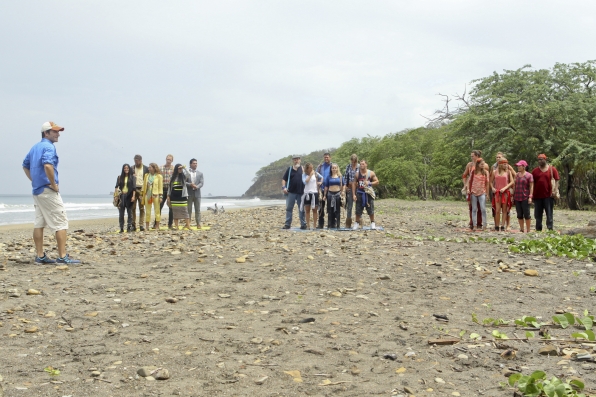 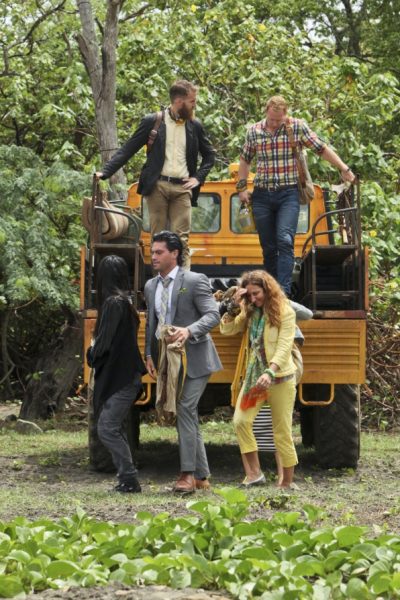 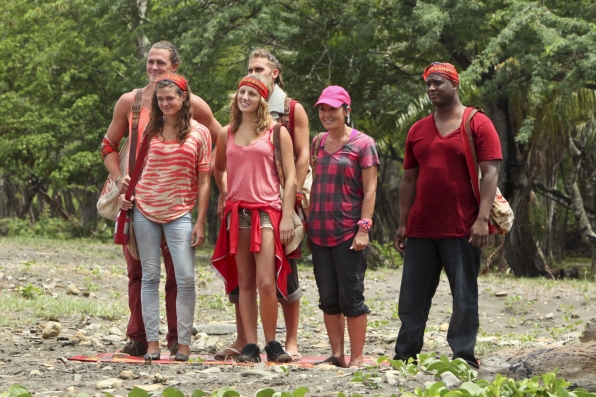 Joaquin, Dan and Will then each had to choose one more member of their tribe to make a big decision. Once each picked a fellow tribe member Jeff talked to them about how they would feel having to lead their tribe. Each tribe was then named and given a map to direct them to their base camp.

The no collar tribe was the first to arrive at their camp, where they decided that they should make a decision for the group. Then Will and Jenn wandered off to find the clues that had been planted throughout their camp to lead them to the immunity idol. They came across a small bag of beans and a large bag of beans and had to choose whether to take a bag or leave them there, which would show whether or not they wanted to be honest. Jenn said that they should take the big bag, meaning honesty was their choice. 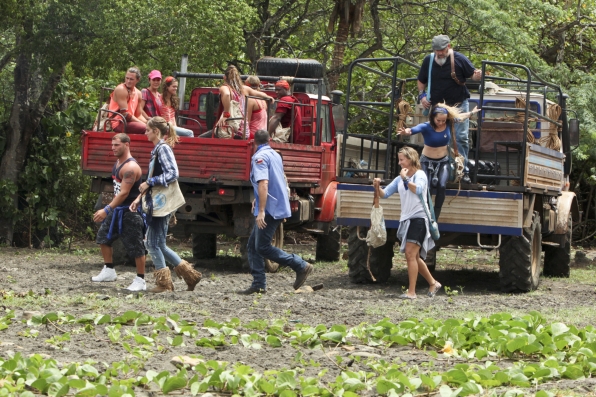 When the blue collar tribe arrived at their camp they talked about how they wanted to portray themselves over the course of the competition. They talked about whether or not they wanted to be good guys or bad guys. Dan and Mike were also faced with the task of choosing the large bag of beans or the smaller bag to determine if they would be an honest or dishonest tribe. Just like the no collar tribe they chose honesty over dishonesty. When they got back to camp with the bag their fellow tribe members felt like they were being screwed over, because it looked to them like the bag of beans they took was not full when they arrived back at camp.

The members of the white collar tribe introduced themselves to each other when they arrived at camp. Joaquin and So then went to find their own bags of beans. Joaquin said if he had an advantage he would take it and that being honest at this point in the game was a bad idea. So’s gut instinct won and the two made the decision that they would not be neutral, as opposed to honest or dishonest. She said that she loved having an advantage but it wouldn’t be easy for her to trust Joaquin. They took the clue and hid it but So said she was worried about having a target on her back. 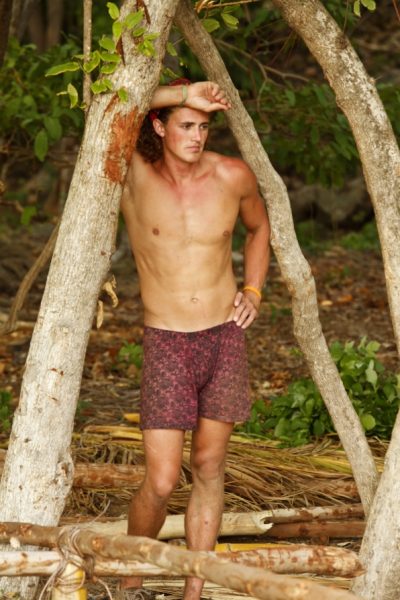 The blue collar tribe found food and started a fire. When they went to build their shelter they started to argue about how it should be done. Dan was angering the other tribe members to the point where they stated they wanted to get rid of him. The no collar tribe celebrated finding a coconut and then Joe said he would be able to start a fire. 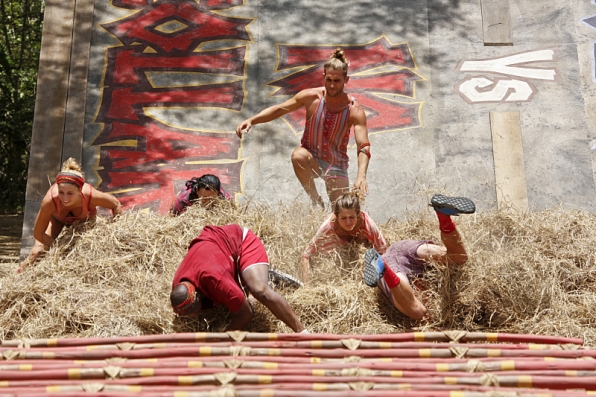 The three tribes then showed up for their first challenge of the season. The challenge was to navigate a steep ramp and an obstacle course. They had to free a latter from its box and climb up over and back down the other side of a platform. They then got to choose one of three puzzles that they had to solve. The first two tribes that could solve the puzzle they chose would win immunity. The first tribe that finished the puzzle would get a fire making kit. The white collar tribe took the easiest puzzle while the no collar tribe took the visual puzzle. The no collar tribe finished the challenge and won immunity as well as the fire making kit. The blue collar tribe also won immunity for themselves. 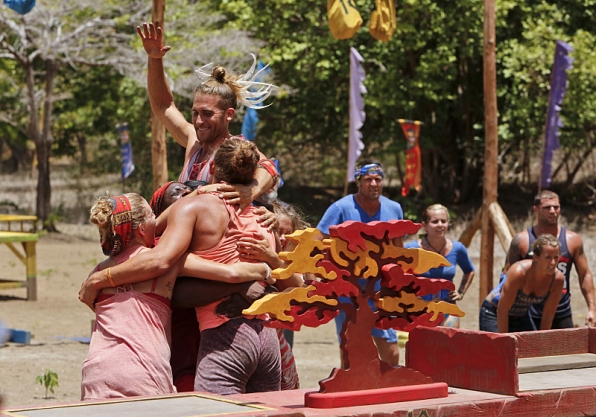 The tribes were dismissed back to their camps after Jeff told them that someone from the white collar tribe would be going home that night.  Sherine and Carolyne were blamed by So for the tribe losing the challenge. The tribe discussed that women were seen as weaker than men so it would probably be one of the female tribe members that would be going home that night. So said Carolyne had been happy to do nothing because she didn’t want to put herself on the line. She then said that she wanted to vote Carolyne out and she could probably talk Joaquin into voting for Carolyne as well. She also said that the hard part would be convincing the guys to vote Carolyne out. Then So said she wanted to be the first cast off. So then confessed that she had the hidden immunity but she didn’t want to have to use it tonight. 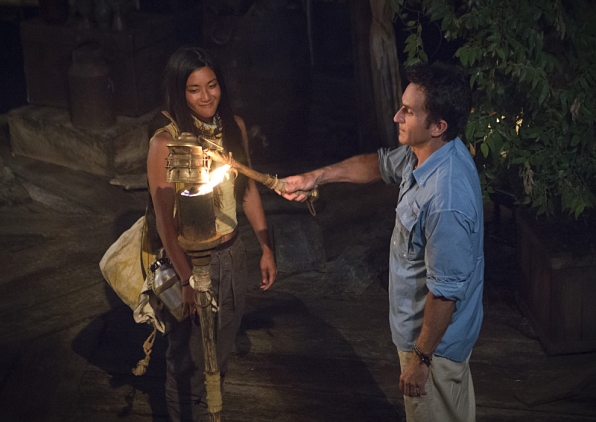 The contestants then arrived at tribal council. Jeff then asked how the first few days had gone for the contestants. After talking about the decisions certain contestants made, they turned in their votes. Jeff then announced So Kim was voted out and put her flame out.