In the opening scene of this weeks Law & Order: SVU,  the DA came to Olivia’s apartment to talk to her about the pimp named Jonny D from last week’s episode. She told the DA that Jonny D happens to be the father of her foster son, Noah and she is concerned about it. Olivia ran the DNA three times to confirm Noah is Jonny D’s biological child. She wanted to make sure she would still be able to adopt Noah, knowing what she knows now. 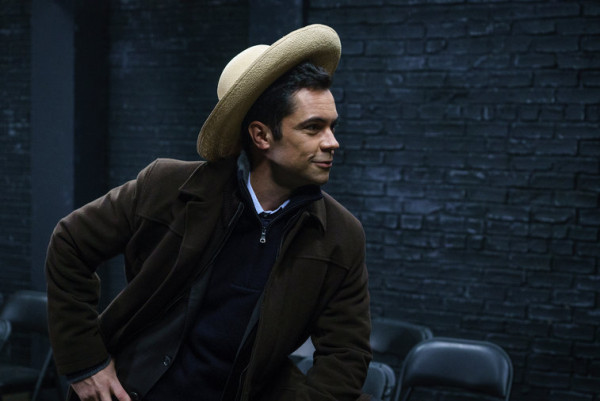 In the next scene, a literary event for fictional author Walter Briggs took place in a Manhattan hotel. Special guest star Marcia Cross played Walter Briggs’s wife Charmaine and was in attendance at the event with him. As Walter and Charmaine left the event they were flagged down by his daughters, who claimed they were prevented from attending the event because Charmaine doesn’t like them. The women asked him if he was sure he was fine and he said he was. The couple then got into the back of a car and drive away, much to the chagrin of both daughters. 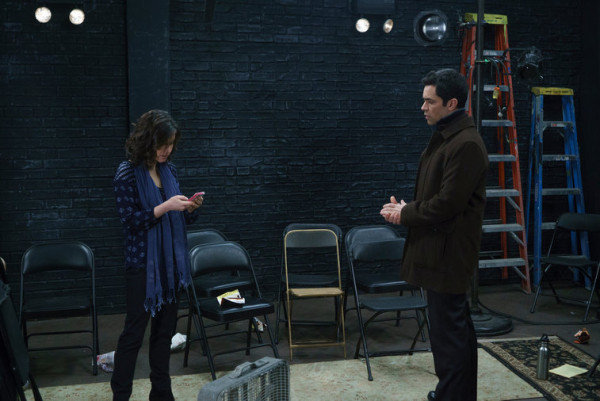 The two daughters then went to the station to talk to Olivia. They had come in to report a rape because they felt that their father was being raped by Charmaine. According to Walter’s daughters Charmaine had been giving Walter pills to help him maintain an erection and forcing him to engage in sexual intercourse with her every day. Walter’s daughters also said that Walter has a heart condition and that, as a result, it is not safe for him to take these pills. The women then said that Walter is divorced from both of their mothers and they have been prevented by Charmaine from seeing their father. They told Olivia that Walter’s housekeeper had given them all of this information. While one of Olivia’s detectives pointed out that what the women were accusing Charmaine of technically isn’t rape. One of Walter’s daughters then said that Walter is close to 80 years old, has dementia, and can’t legally concede to having sex with Charmaine. 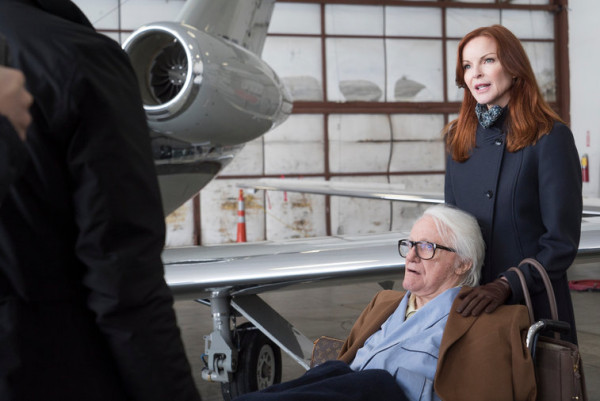 When Olivia asked the women why Charmaine would do this they told her that their father’s will is divided between Charmaine herself and Walter’s children. Olivia then figured out that Charmaine was sleeping with Walter every day to try and get pregnant so when he passes away her child will get his money. The detectives then brought Walter’s housekeeper to the station to question her. She told them that she has worked for Walter for 30 years and that what Charmaine is doing to him is wrong. 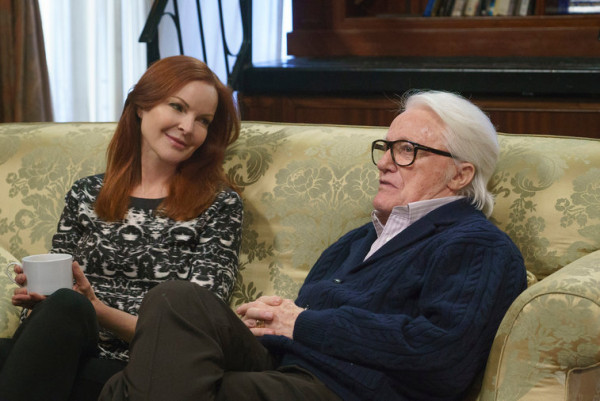 Rollins and her partner then went to Walter and Charmaine’s house to question them. They said they had come by to perform a welfare check of Walter. As he was talking to the detectives, in the middle of a sentence Walter forgot what was going on. Charmaine then said that Walter was simply tired. 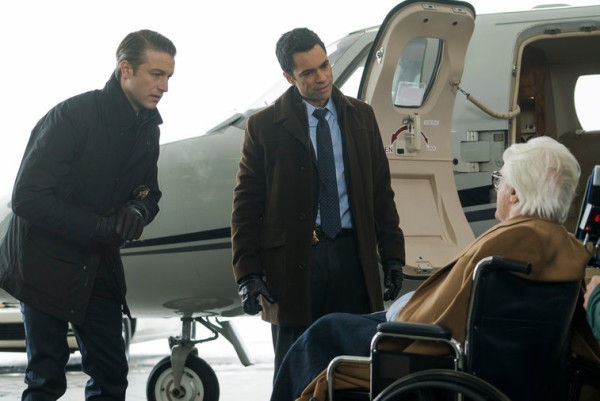 In the next scene the couple’s housekeeper called Rollins to tell her Walter was being taken to the hospital due to a heart attack. By the time the detectives got there they were told Charmaine had had him moved to an unknown hospital, just after his daughters got a court order stating they could visit him. Further investigation determined that Charmaine took Walter to an upstate New York airport to fly to Canada. The detectives then met the couple at the airport.

Charmaine went before a judge in an upstate New York courtroom. The judge ruled that Walter be admitted to a hospital for an evaluation of his mental state. Back at the station the next day the detectives found out that the previous night Walter died of another heart attack while in the hospital. Since his daughters didn’t get guardianship from the judge fast enough, the detectives realized Charmaine was still legally in charge of Walter and could make the decision about what to do with his body. The detectives then got a court order to take custody of the body. Based on the coroner’s report, semen was found on Walter’s body, meaning Charmaine extracted sperm from him shortly after his death. The DA came to the conclusion that Charmaine killed Walter. In court the judge filed a not guilty plea on Charmaine’s behalf and set her bail amount.

The media confronted Charmaine as she got out of her car and tried to ask her questions about Walter’s death. Back in the courtroom, the DA put Walter’s housekeeper on the stand and asked her about Charmaine giving Walter erectile dysfunction pills. The housekeeper testified that Charmaine would crush the pills and put them in a glass of orange juice without Walter seeing her do it. She then testified that though she likes Walter’s daughters she does not like Charmaine. She said it broke her heart that his daughter Delilah was not able to visit him. 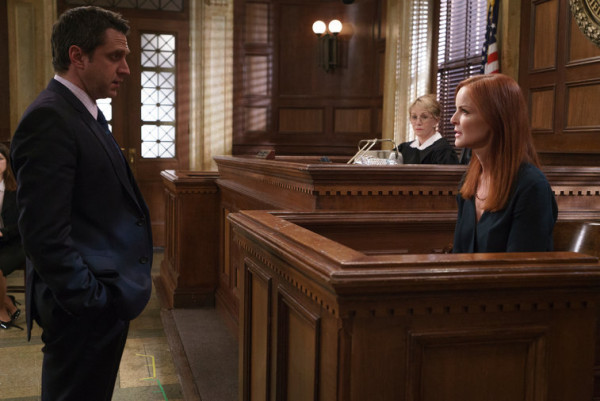 The DA then put the doctor on the stand that had been assigned Walter as a patient following his heart attack. Charmaine’s lawyer argued that since Walter was in bad health he could have died doing the simplest thing, so Charmaine couldn’t be blamed for his death. Several people in the courtroom, including Charmaine herself, received a video message from Walter at that moment. The detectives determined the video had been filmed three years prior and an online company sent the video to recipients as soon as Walter’s obituary was published. In the video he said both his daughter’s mothers had turned the women against Charmaine. 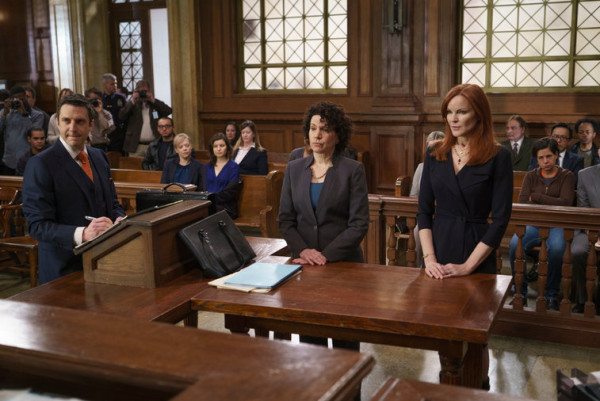 The video was then shown to the judge and jury in the courtroom. Charmaine then testified that Walter knew he was going to die and that is why she took him from the hospital. Judith agreed to testify once she realized that Charmaine only disliked Delilah, and wanted her away from Walter. Charmaine then told Delilah, Judith and the DA that she had taken her egg and Walter’s sperm and got the couple a surrogate.