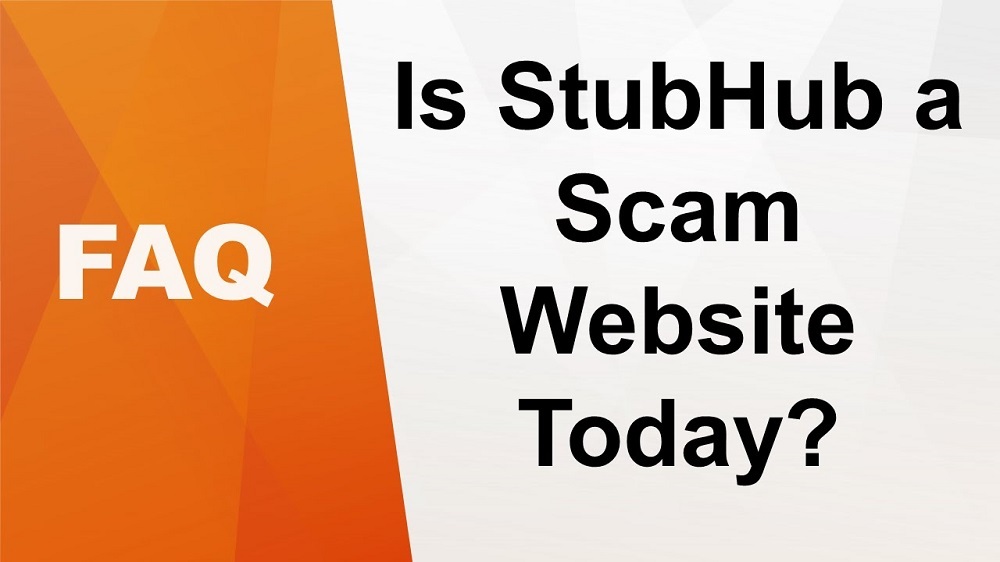 If you’re thinking about using StubHub in the near future, think again, or at least make sure you don’t have blood pressure issues.

You see the ticket resellers’ ads all over the internet, and on every single NFL game each week. So it seems like a good call to use them to head off to a live football game.

And my first experience with the ticket broker went fine as I picked up some Atlanta Falcons tickets for their home opener of 2016. The seats were valid and not too costly. I was sitting near the ceiling of the Georgia Dome, so I wasn’t expecting much anyway. Just wanted inside the building for the first game of the year.

My second time around with StubHub was a nightmare. At least in “First World” terms. I didn’t end up homeless or starving after this interaction with the eBay-owned ticket hub. I did end up with two charges on my Paypal account for the same pair of tickets.

Oh, and no tickets to show for the double charges.

That’s what happened in this case. As I bought my tickets the page glitched, and said: “something went wrong, please try again.”

I’m a patient guy. I never send food back at a restaurant, no matter what. I don’t like complaining. So I rolled with the StubHub glitch and tried checking out again with the preselected tickets totaling $81 and change.

Same issue. Glitch and no tickets were showing for my purchase. So at this point, I try to chat with a StubHub rep who informed me they couldn’t help.

They felt terrible about my issue, though.

The whole reason I use chat help is to keep from wasting my time on the phone with a human. The human on the other end of the customer service line doesn’t want to talk to me either, so chat is the best way to go most of the time.

Once I built up the resolve to use my phone app to converse with a human, things got worse. If StubHub didn’t have my $162 and change, I would have never called of course.

But there we were, me versus a lady who was in as bad a mood as I. Ear to ear for a battle worthy of an Octagon. I have to admit I was a little impressed with the disrespectful way the customer service supervisor spoke to me after I got a little smart with her.

Yes, she was the second person I had to talk with since the first person was no more helpful than the chat humanoid.

The supervisor proceeded to tell me the charges were like at a gas station when the credit card company puts an extra hold on some of the consumer’s money before the real charge hits.

I told her I didn’t care how her system worked and failed to see why she was comparing a ticket broker to an oil company. I simply wanted my $162 back. Like right then.

The immediacy of my request for my own digital cash caused a real rift between me and this lady whom I had never met, but now hated with all my heart.

She told me how naive I was to think StubHub could just give my money back within seconds.

My retort was that they took my money within two minutes. And gave me no products in return.

I thought I had her in a Matlock type corner, but she was not impressed. I was told I would get my money back within 3-5 business days!

“That’s how banks work,” she told me.

So now I had a lesson in how banks work as well as the process of filling up my truck with gas when using a credit card. Very educational, but I was out a fair amount of money and even worse…I still had no freaking tickets to the football game!

Was I offered some tickets on the house to make up for StubHub’s mistake?

Did the lady offer to send me some Paypal money with a StubHub Paypal account that must exist on some level somewhere on the internet? That would have been instant, just like my payment to them.

I was never once offered any form of tickets to the event I desired in the first place. It was clear to the StubHub supervisor from her computer that I had been charged (twice) for tickets that I did not have. Still she never told me how I could get these tickets.

And no way in hell was I going back through the process of using their website. Fool me once, F U. Fool me twice, F UUU.

Hopefully I will save some poor soul the trouble I went through with StubHub. I would prefer a shady guy on the street to what I went through with this megacorporation. “Freddy” on the corner may scam me with some fake tickets, but I’m pretty sure he would only charge me once.

And by the way, I have bought lots of tickets from guys outside of basketball games in the past. Never one single problem.

I’m no fan of Ticketmaster, but at least their website worked flawlessly when I did order some more Falcons tickets to replace the ones I never received from StubHub.

The bigger the company, the harder the fall…for the poor bastard on the consumer side.