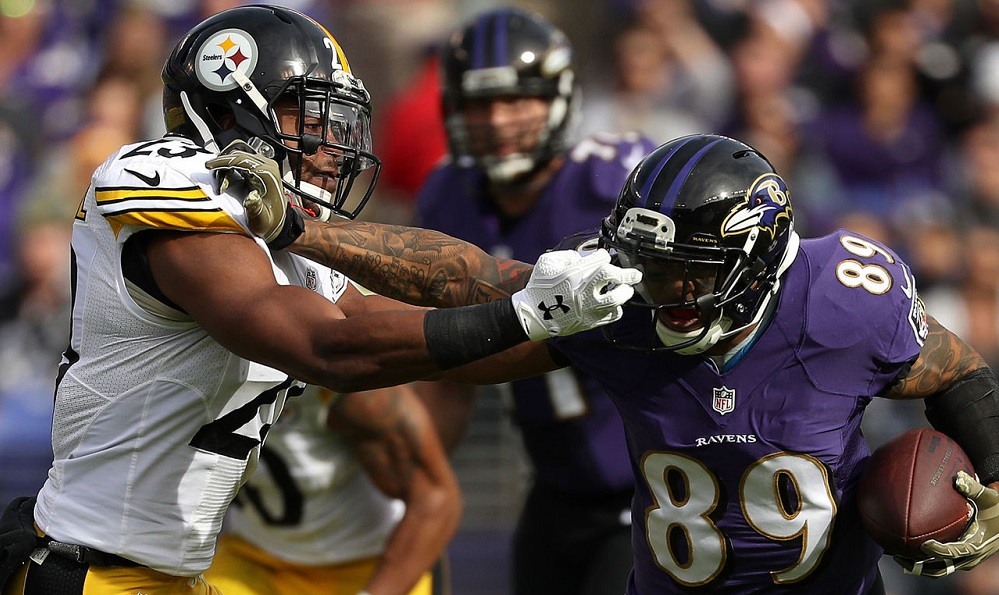 Baltimore Ravens wide receiver Steve Smith Sr. has never been shy about sharing his feelings on players, teams, or anything else for that matter. Smith also has his own “lifetime hit list” for people he feels have done him wrong.

Sunday, as the Ravens take on division rival Pittsburgh Steelers, Smith will have the chance to go after list member and Pittsburgh safety Mike Mitchell. Smith is questionable with an ankle injury, but he may force himself to go for the chance to hit Mitchell.

Mitchell earned his spot on Smith’s bad side by allegedly screaming “How do you like that!” at Smith after the receiver fell to the ground with microfractures in his back after a spear hit by Lawrence Timmons.

It’s also important to note that Smith and Mitchell were teammates in 2013 with the Carolina Panthers. Smith also helped Mitchell figure out his contract when he left the Panthers before the 2014 season. Smith doesn’t take too kindly to people he’s helped in the past trying to screw him over and injure him.

“He is one of the people I will hunt up when I come back for my final season,” said Smith back in January. “I make enough money, so I’m willing to take whatever fine I can get because I still have some change left over.”

Mitchell, on the other hand, doesn’t seem too concerned about the historically feisty Smith.

“It is something that he tries to use to fuel himself,” said Mitchell after Smith’s initial comments. “It isn’t even something I concern myself with. I didn’t think of anything when I heard about it, and I don’t think anything about it now. I am going to continue on and play football.”

I watched Smith tear up various New Orleans Saints cornerbacks for years while he was still with the Panthers. The man can burn you during the play and then kick your ass when it’s over. Of course, with the NFL now penalizing and fining players for anything and everything and the two personal foul eject rule, Smith may not get to beat Mitchell the way he wants.