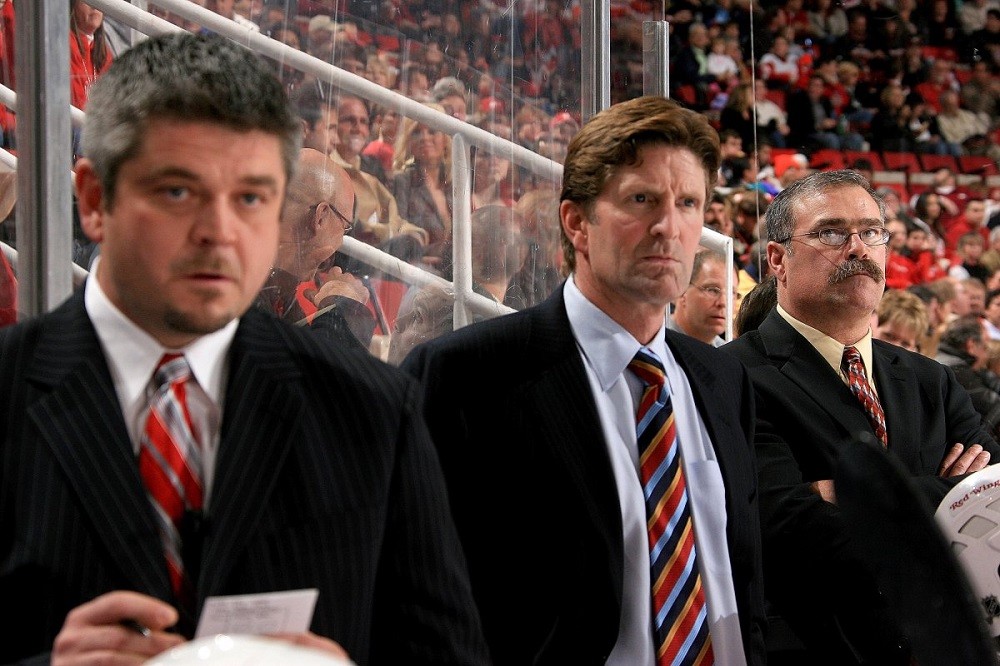 The Edmonton Oilers started their current road trip out east on really bad footing. They dropped decisions to both the Toronto Maple Leafs and the New York Rangers last week, getting just one point in the standings in the process. After starting the season off so strongly, mostly in home games, you had to wonder if lengthy road trips were going to be the Achilles’ heal of this year’s Edmonton Oilers team. However, Edmonton may have answered that question by putting together two solid wins over the weekend, results that attest to the team’s fortitude. On Saturday night, they beat the New York Islanders, and they followed that up with a win over the Detroit Red Wings on Sunday, a key victory that came on short rest.

The Oilers now have five points in their current road trip. Most NHL teams will take that kind of production when playing in enemy territory. Edmonton currently sits on top of the Pacific Division standings quite comfortably. Through thirteen games they have a huge seven-point lead over the second-placed San Jose Sharks.

Edmonton sitting on top of an NHL division is something that long-time hockey fans are not used to seeing. Edmonton last had a good season back in 2006, however, even that season was heavy with playoff success. The regular season that year was entirely different as the Oilers were the last team into the Stanley Cup playoffs. Under the current divisional structure of the NHL, the Oilers have only finished 6th or 7th in the Pacific. In fact, you have to go all the way back to the Wayne Gretzky era to find a year when Edmonton won their division outright. The last time they did it was in the old-school Smythe Division in 1986/87.

A thirty-year divisional drought in the NHL could actually be viewed as more egregious than the World Series drought that the Cubs just ended. I think many might not see it that way based on the length of times involved. However, the World Series is competed for by 30 teams and that makes lengthy droughts more probable. Albeit that is a number that has varied over the last century, but as a contrast, the Smythe Division used to have only five teams, and the current Pacific Division has just seven. If you make adjustments for the number of teams involved, missing top spot for thirty years when you have a 14% to 20% chance each year might be harder or comparable to missing winning the World Series for as long as the Cubs did, given that many of the years involved they were just one team of thirty teams (ie. 3.3% chance; presupposing even odds for every team for sake of argument).

But while the Oilers on top of the Pacific by a lot of points is, for lack of a better phrase, sort of weird, seeing a Todd McLellan team on top of a division is nothing out of the ordinary at all. McLellan, the head coach of the Oilers, is certainly a man who knows how to manage a team to regular season success. He won three divisional titles in San Jose before moving over to Edmonton. With just eight years of head coaching experience in the NHL, three divisional titles is impressive. 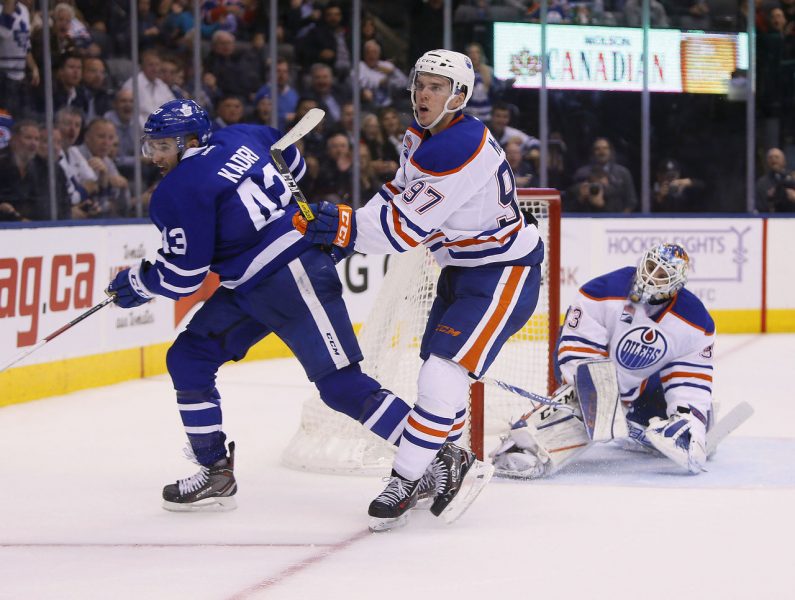 After beating Detroit 2-1 on Sunday, McLellan spoke with OilersTV (video below) and he addressed a key matter. “We needed to manage the game (against Detroit) fairly well because of circumstances,” the head coach said. “Back-to-back (games), injuries, that type of stuff…we did a good job of it.” The ability to win on the road on short rest is the characteristic of a strong NHL team. With a record of 9-3-1 and something to show on the road, I’m very sure that Edmonton this year aren’t going to be Edmonton of the last few decades when it comes to divisional standings.

Next up for the Oilers is what looks like a tough one. Edmonton will face the Pittsburgh Penguins on Tuesday in a game that will wrap up Edmonton’s road trip. This could actually be a battle of titans as the Pens are 8-2-2 and they’ve earned a lot of respect in NHL.com’s Super 16, something Edmonton has yet to receive much of.