In LOTUS, the mid-season finale of Supernatural (and we’re assuming the next episode as well, as he’s included in IMDB), Stephen Lobo plays Rick Sanchez, who plays the lead Secret Service agent – and happens to be the one who goes after Sam and Dean.

Anyone remember Pamela Clayton from Croatoan? Or Deputy Jan Harris (the police offer who killed her new husband because of the Darkness’s fog?)? Well, both of these characters were played by Sonja Bennett, who happens to be Stephen Lobo’s wife. 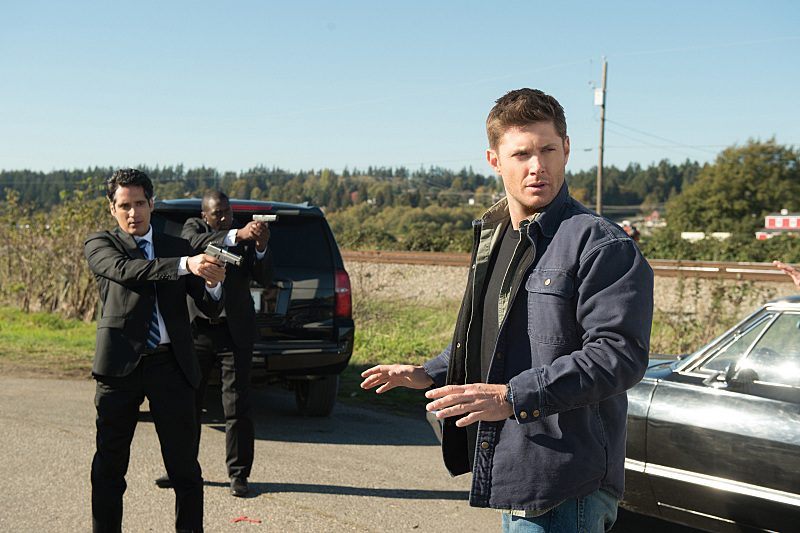 Tell us about your character, Rick Sanchez.

Rick is head of the Secret Service and has a very close relationship with POTUS. We get the sense there’s a deep level of trust and confidence between them. He performs his duties, either on of off the books, with unquestionable dedication and loyalty. He will go to any length to protect his boss. He’s never failed him and he never will.

What was it like working on the set of Supernatural?

Amazing. Completely professional, easy, fluid. Everyone prepared and bringing their ‘A’ game. They’re a family. I mean a lot of that crew has been there since day one. But what really left an impression was “the boys” themselves. My wife’s been on the show a couple of times, and she said she had a fantastic time working with them. But when you’re coming onto a show that’s in Season 12(!) it’s hard to predict what the atmosphere will be like. I remember early in my career I did a guest spot on a show that had been going for a number of seasons and the lead actor, although a wonderfully sweet guy, was going out of his freaking mind. (laughs) Success can be a weird thing. Brings up all kinds of other challenges. But these guys were having an absolute blast. They’re energy and commitment to every moment, both on and off camera was infectious and inspiring. I must confess I didn’t know much at all about this show before but I’ve been converted. I’m a fan. 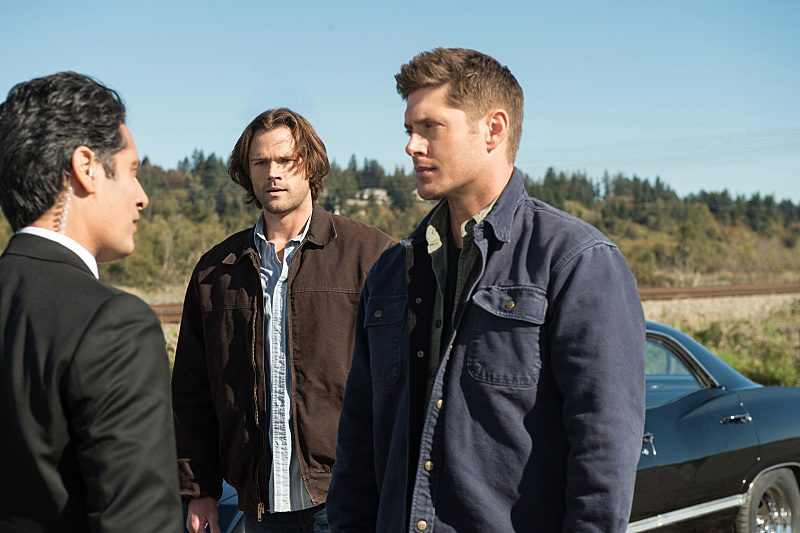 There were a ton of just funny moments, and I found myself constantly giggling and man-crushing on these two handsome young lads as they would find endless ways to amuse each other and crack each other up.  But as for my favourite behind the scenes moment… There is a line in the script – it’s one of the last lines that Dean says to me in one of the episodes… There was nothing wrong with the line as written but during blocking, the director, the lovely and talented Robert Singer, wanted to come up with something that had a little more Dean Winchester panache to it. If they thought of something, then great. If not, no big deal. They already had a line that worked. So after blocking Jensen went off, had a look at the script, specifically our previous scenes, and then came back to shoot with the perfect line. It’s just a tiny moment, and it didn’t have to change, but these guys found an opportunity to make something that already worked better, and they did. I love that.

How did you get into acting?

I was in my mid-20’s. I was floundering.  My first acting class was a theatre elective at university that I took while flunking all my other classes. It fit. I stuck with it. I took more classes. Some very gracious people whom I respected told me that I was an actor and this was something I could/should do and from that point on I tuned everything else out and pursued it. I found my way to the Drama Centre London where I trained for 3 years and feel extremely grateful to have made a career of it since then. It’s been an awesome ride.

I’ll be appearing in a few of episodes on a new show called Beyond that’s set to air in 2017.