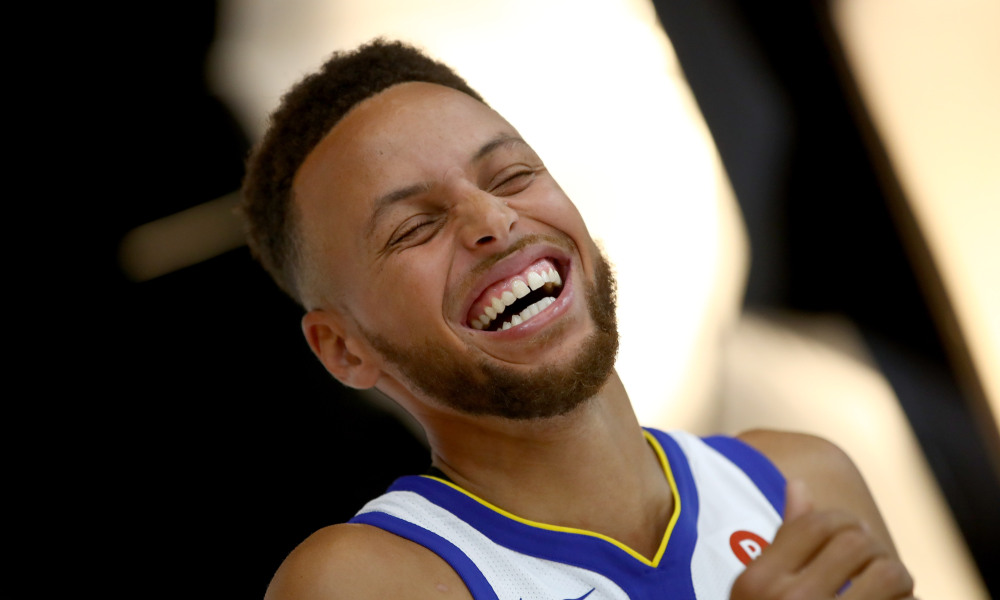 The Republican House tax reform plan dropped Thursday, a whole 429 pages on the tax code and how to simplify it. Fun stuff. The biggest shocker in the document? None other than Golden State Warriors point guard Stephen Curry.

That’s right, Steph Curry is the only person mentioned in the 429-page piece of legislation, used as an example of the need to distinguish between wage income and pass-through taxable income.

“Our legislation will ensure this much-needed tax relief goes to the local job creators it’s designed to help by distinguishing between the individual wage income of NBA All-Star Stephen Curry and the pass-through business income of Steve’s Bike Shop,” read the GOP plan.

Steph isn’t sure how he ended up as the only person mentioned in the tax plan, but it sure does show just how far he’s come over the course of his career.

“It was weird, that’s about it,” said Curry. “There’s a lot of people wondering why I was called out, whatever the case may be, but mama, I made.”

Curry might be the only person mentioned in the new GOP tax plan, but he isn’t the first person, or professional athlete, to be used in legislation as an example. Republican leaders have called on other star athletes in the past while talking taxes, comparing Tom Brady to “Tom’s Bike Shop,” Michael Jordan to “Michael the local plumber,” and billionaire Microsoft founder Bill Gates to “Bill the Electrician.”

“When we talk about how tax reform will help local small business owners, we regularly reference famous people to help clearly communicate how we are proposing to separate wage income from small business income,” said a spokesperson for the Republican-led House Ways and Means Committee in charge of tax policies. “Our messaging has previously mentioned Bill Gates, Tom Brady, and Michael Jordan, among others.”

Curry certainly does have quite the wage income, especially over the next few years as he plays through the first season of his new five-year, $200 million contract. It does seem interesting, however, that Republicans chose to mention the one NBA player that President Donald Trump has had a Twitter feud with. They could have chosen LeBron James, Kevin Durant, Dwyane Wade, Russell Westbrook, or anyone else, really, with the same effect.

Check Out Our 2017 Holiday Gift Guide: