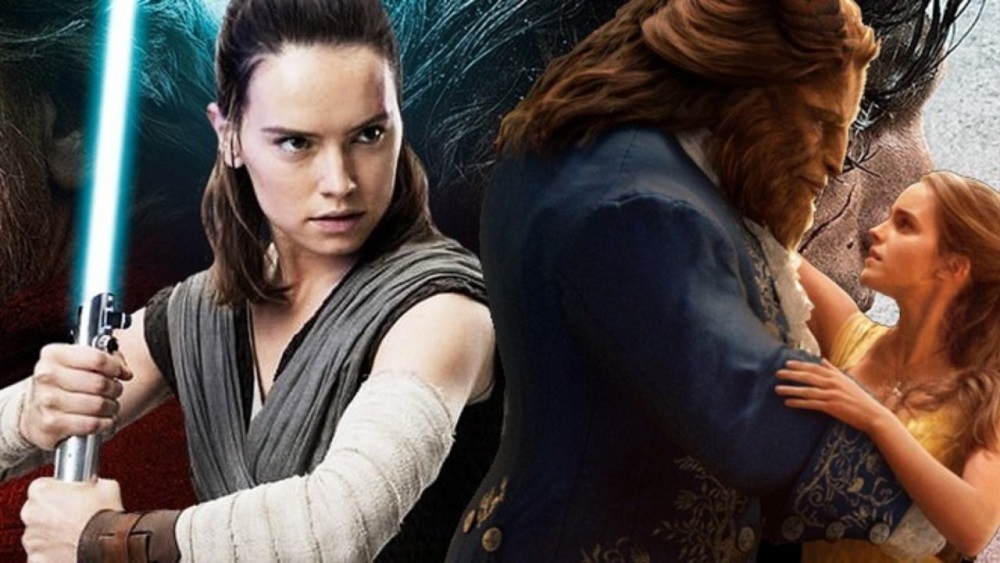 The three biggest movies of 2017 were female-driven, and “Star Wars: The Last Jedi” just pushed its way into the top spot at the box office.

This is actually something that hasn’t been seen in nearly 40 years as “Beauty and the Beast” and “Wonder Woman” fill out the next two slots for biggest box office numbers of 2017.

“Women truly emerged as the giants of cinema this year,” said Paul Dergarabedian, a senior comScore analyst, adding Oscar contenders like “The Shape of Water,” “The Post” and “I, Tonya” to the list. “The Post,” starring Meryl Streep as a newspaper publisher coming into her own, has only been playing for 10 days in three cities but has already taken in about $2 million, a strong total that bodes well for its Jan. 12 wide release.

On the last day of the calendar year, “Star Wars: The Last Jedi” has surpassed “Beauty and the Beast” as the top grossing film in North America in 2017. It also topped the charts for the weekend for the third time, but just barely — Dwayne Johnson’s “Jumanji: Welcome to the Jungle” is close on its tail.

According to studio estimates on Sunday, “The Last Jedi” will add $68.4 million over the weekend bringing its domestic total to $533.1 million. “Beauty and the Beast,” also a Disney release, netted out with $504 million for the year.

With the weekend’s earnings, “The Last Jedi” will also cross the $1 billion mark globally — even before it opens in China on Jan. 5.

But “Star Wars” is facing some hefty competition still, from the likes of The Rock, Jack Black and Kevin Hart, whose “Jumanji” sequel took in $66.5 million in its second weekend in theaters to take second place. The Columbia Pictures film has earned a stunning $185.7 million to date and could even reach $350 million domestically by the end of its run.

The acapella franchise “Pitch Perfect 3” took third place in weekend two, with $17.8 million, bringing its total to $64.3 million — still less than what “Pitch Perfect 2″ earned on its opening weekend alone in May 2015 ($69.2 million).

Another musical, “The Greatest Showman,” with Hugh Jackman as P.T. Barnum, came in fourth place with $15.3 million after adding 310 screens. The animated kid’s film “Ferdinand” took fifth with $11.7 million.

In its first weekend in theaters after debuting on Christmas Day, Ridley Scott’s “All the Money in the World” took in $5.5 million, bringing its total to $12.6 million. The film got some added recognition when Scott replaced Kevin Spacey with Christopher Plummer and reshot portions of the film only 6 weeks before it was set to hit theaters. But the hype of the impressive feat hasn’t translated into big earnings.

Another adult-targeted film, Alexander Payne’s “Downsizing,” is struggling in theaters, taking in $4.6 million in its second weekend in theaters. The Matt Damon-starrer has earned only $17.1 million to date against a $68 million production budget.

“As end of year marketplaces go, this is a great time to be a moviegoer,” said Paul Dergarabedian, a senior media analyst for comScore. “There are so many movies out there; the only trick is how do you see all of them.”

“We actually had a really great end of year surge,” Dergarabedian said. “‘Star Wars’ adding about a half billion dollars didn’t hurt. But ‘Star Wars’ didn’t do this alone. It’s not just about the big movies at the top; it’s also about the smaller movies that provided a really great foundation. Every dollar counts.” 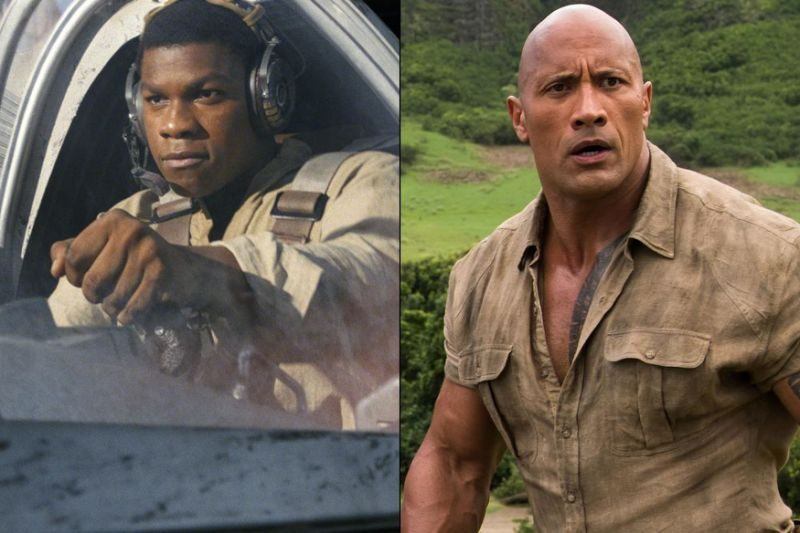 Overall, the year was a mixed one for studios and theater owners. Domestic ticket sales totaled about $11.12 billion, a 2.3 percent decline from last year and on par with results for 2015. Horror movies, which do not quite play to the same effect on Netflix and other streaming services, were a particular bright spot for theaters, with films like “It” and “Get Out” becoming cultural sensations.

Marvel superheroes also did some heavy lifting. Led by Chris Pratt as Star-Lord, “Guardians of the Galaxy Vol. 2” was the fourth biggest movie of the year, while “Spider-Man: Homecoming” rounded out the top five. “Thor: Ragnarok” and “Logan” made the top 10.

Underneath those positive results, however, was a grim reality: Ticket sales were propped up by higher prices. Attendance declined by roughly 4 percent, to 1.26 billion, according to analysts, the lowest total in about two decades, as a string of big-budget films stumbled.

Mr. Scott also had a tough time over the weekend with “All the Money in the World” (Sony), a crime drama about the 1973 kidnapping of John Paul Getty III and his grandfather’s refusal to pay a $17 million ransom. The film, which cost Imperative Entertainment more than $50 million to make, collected about $5.5 million, for a domestic total since arriving on Monday of $12.6 million.

It was a miracle that “All the Money in the World” arrived at all: To the astonishment of Hollywood, Mr. Scott — only six weeks before the film’s release — expunged the disgraced Kevin Spacey, replacing him with Christopher Plummer and refilming extensive sequences. Reviews for the retooled movie were mostly positive. Ticket buyers gave “All the Money in the World” a B grade in CinemaScore exit polls.

Also of note for the year in moviegoing: Only one animated movie, “Despicable Me 3,” ranked among the top 10 ticket sellers. Last year, four films made the cut (“Finding Dory,” “The Secret Life of Pets,” “Zootopia” and “Sing”). The pullback may involve blurring boundaries — chunks of superhero movies are essentially animated — and sequelitis: “Cars 3” underperformed for Pixar.