All News Movie News Some Realistic Science Behind THE AVENGERS: AGE OF ULTRON
April 30, 2015

Some Realistic Science Behind THE AVENGERS: AGE OF ULTRON

On May 1st The Avengers are back to kick off the summer movie experience early in Avengers: Age of Ultron! This is truly the time of year all you superhero nerds have been waiting for. Although The Avengers is sure to be packed with mind-boggling action, did you ever take a second to think about the real science behind superhero movies? If you didn’t, the people at Reactions have put together a nerdy, fun video about the realistic side of our favorite superheros.

Starting with the ever smooth billionaire Tony Stark, did you ever wonder what his suit was made of? Well, it’s could be made from a nickle titanium alloy called Nitinol which is strong, but light enough to fly in. It can even be reformed after sustaining damage. The suit is most likely also reinforced with Carbon Fiber which can take large blasts of heat. Stark even smashed old atoms together to make new elements in order to keep his power reactor going for his suit. This way of making new elements is actually done all the time!

Now on to the most patriotic superhero ever Captain America and lethal supersheroe Black Widow. Am I the only one who wonders how they heal so fast? Well apparently, it’s because of the white blood cells called Macrophage that pump out growth factors. These factors work between 2-5 days in you and I, but for superheroes their souped up factors work in a matter hours. 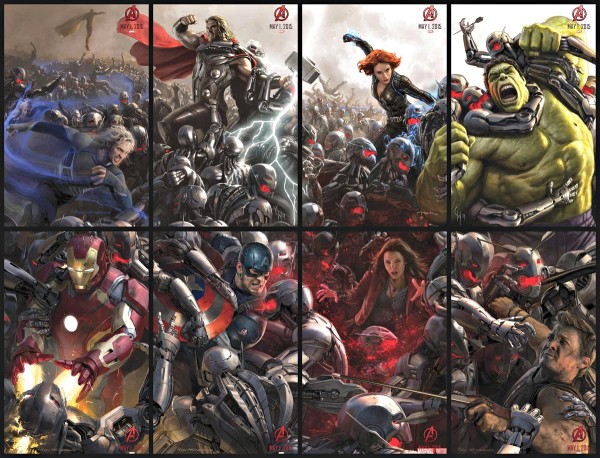 Wouldn’t that have been pretty handy when we were always skinning our knees up as children? If you think that’s cool, consider Captain America’s shield. That thing can protect him against freakin’ anything! Captain America’s shield is made with something other than just plain old steel. It’s actually made with Vibranium that can protect it against anything. It absorbs a shocking amount of energy that can take a lot of heat which is why it can even deflect missiles.

All this is pretty cool stuff considering I thought that all that superhero gear was just made up! This fascinating video was put together by The American Chemical Society which is a non-profit organization rooted in the US Congress. With over 158,000 members, they’re known as the largest scientific society in the world. Their main offices are in Washington, D.C. and Columbus, Ohio. I bet they’re doing some pretty cool stuff in that office like…..experimenting with how realistic superheroes really are!