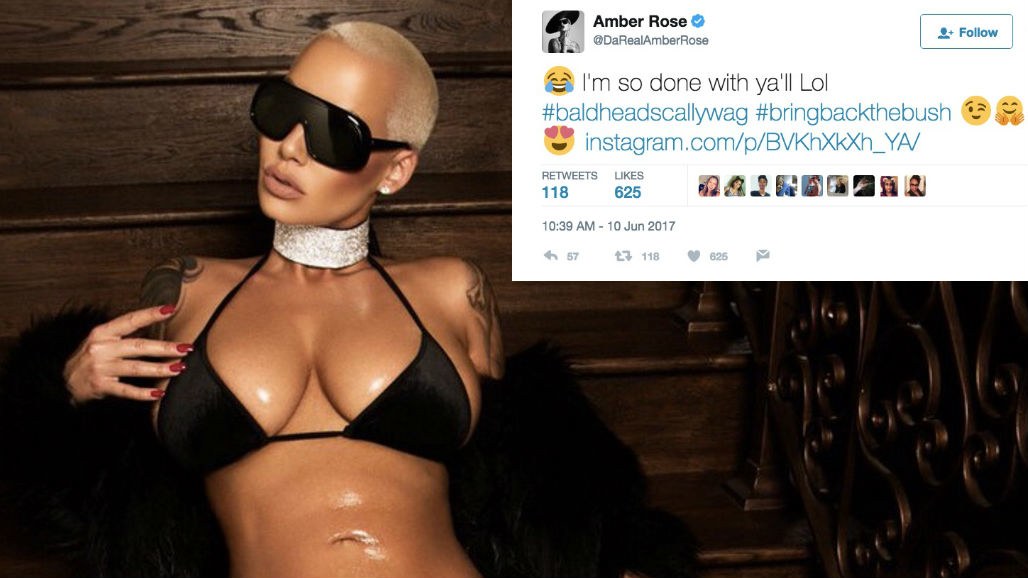 Social media is a powerful tool. It has transformed the way we view each other, how we view the world around us and how the news that shapes our lives is reported. It captures the real, the fake and the ugly. The absurd and the entertaining. The dramatic and the bushy? For those who didn’t get the crystal clear memo concerning women’s pubic hair, according to Amber Rose’s most definitely NSFW Instagram post of a very hairy vajayjay, the bush is popping again. You can see the photo by clicking here. Again it is very NSFW.

The celebrity personality is no stranger to shock and awe moments. From posing in barely there swimsuits, to promoting her slut walk proudly and out loud, Rose is an unrelenting activist for women who like to “get theirs.” She unapologetically embraces the labels slut, hoe, tramp and THOT and in doing so, empowers other women with similar backgrounds and experiences to do the same. Many women call she did an act of feminism, but is getting naked and putting your cooch on display really a feminist move? Some people think so and others, naturally, not so much. I myself am torn on the matter. 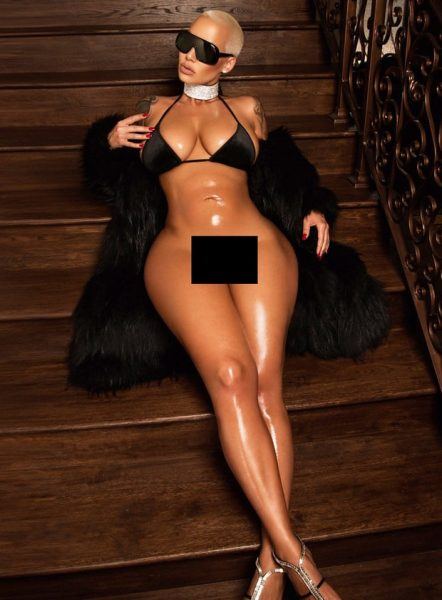 I get it. Women have spent so much time adhering to the demands and proclivities of men, which include notions like conducting oneself in a ladylike manner, that the need to express our sexuality as a symbol of power is always at the forefront of our minds. But I don’t believe that showing off our boobs, ass and vagina are optimal ways of fighting the good fight. It doesn’t take much intelligence or talent to pop that pu**y on the Gram or to Snapchat it for the world to see. My low-key disapproval of these kinds of “feminist” acts and my back and forth about the women that do them as forms of feminist expression does not come from a male influenced set of rules that I subconsciously subscribe to. Nor does it comes from a place that believes women should obey the “traditions” that long held many of our female ancestors back from exploring all that they could have been. No, my thought process on the matter stems from the belief that women are far greater than the sum of the parts that make up our outward appearances. While there is power in that, we are so much more powerful than that.

When it comes down to it, what really is feminism? The root definition is the “advocacy of women’s rights on the basis of the equality of the sexes.” However,  a lot of millennial women define the movement by the kind of demonstrations we see from people like Amber Rose. Not only do they see what she did as a f*ck you to “the haters,” in their eyes, it’s just business as usual on social media. But the freedom to express oneself the way Rose did is just a small part of the overall progress that women have made in the fight for equality, fairness, and access. Public displays of nudity are not the all-encompassing measure by which we know we have achieved anything.

I think a part of my back and forth about this kind of feminism is a) the messenger; someone who is no doubt an attention whore borders the line between doing things for shock and awe and doing things to make a profound statement and b) it doesn’t send the strongest message. Nonetheless, at the same time, it is daring, and it is bold and something that our grandmothers would have NEVER gotten away with. That in and of itself, in my book, is a barrier breaker, which is a cornerstone of the movement. But how much of an affect do these actions have on attaining “equality of the sexes?”

For modern day feminists, if you consider yourself a part of the fold and hold any kind of ideals that question the validity of a self-proclaimed feminist’s actions, you are just another societal tool still heavily influenced by the patriarchic system that continues to suppress women in many areas of life. I do not agree with that. Having the ability to say, “That’s not what I would do as a person who believes in feminism” is just as much a feminist stance as the ones who maintain that they have the right to do whatever the hell they want.

The most constructive thing that has happened as a result of Rose’ picture is the conversation about pubic hair. People need to grow up and stop shaming women for deciding against shaving or waxing themselves bald down there. I am a firm believer in “to each its own” when it comes to matters of the vaginal area. More women should know that they don’t have to subscribe to the notion that pubic hair is nasty or unhygienic. That’s a personal choice, and no one should feel pressured to conform to a societal standard about women’s bodies that men created. Men don’t feel the need to do it in order to be more attractive so why should we?

There are many faces of feminism and acts like going half naked on social media, in today’s world, are just one corner of the bigger picture.