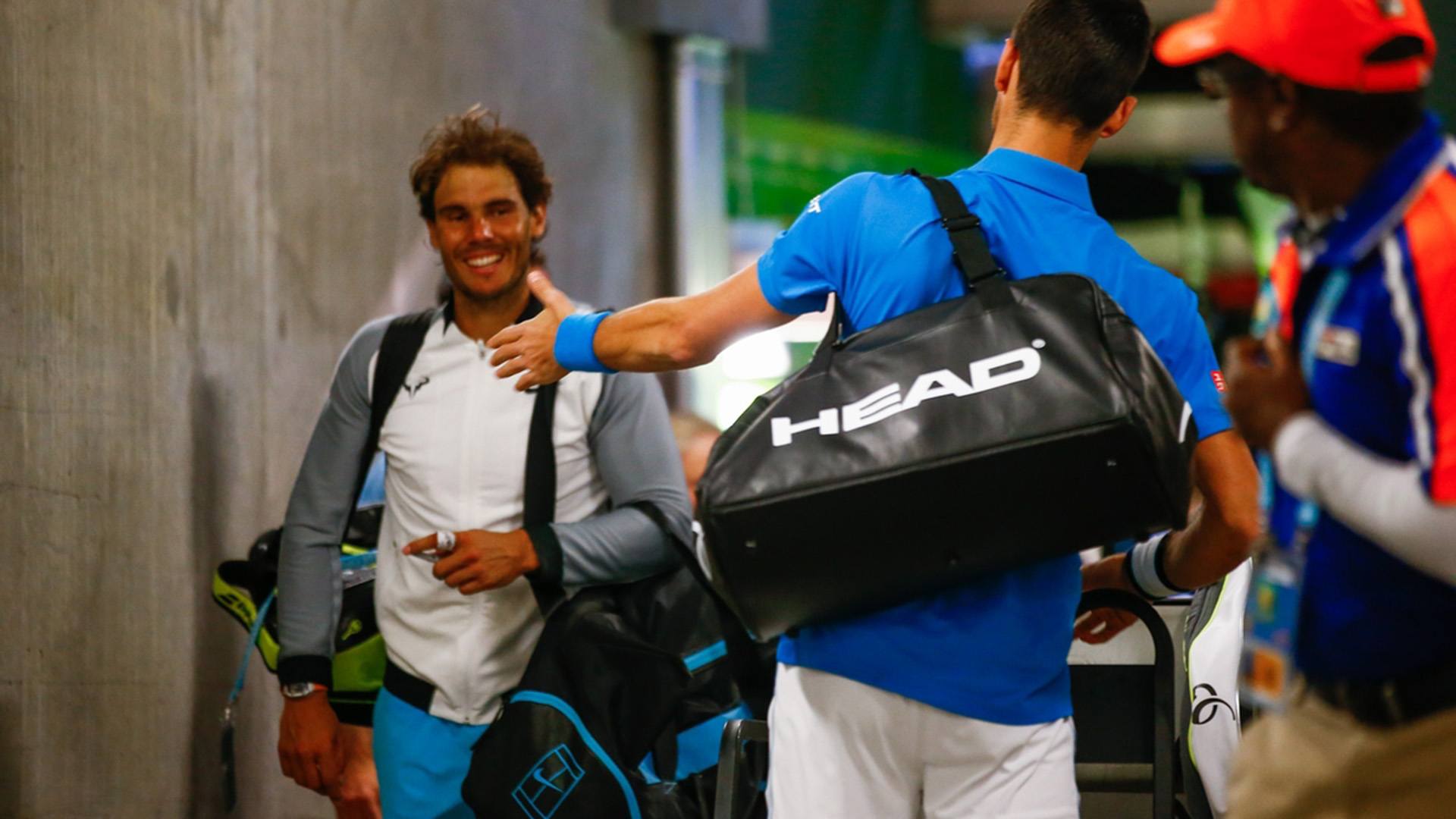 Things have changed for fellow competitors Rafael Nadal and Novak Djokovic again in the rankings. Not too long ago, Rafa had a noticeable slide down the rankings chart, but things have switched up, and it’s Djokovic who’s had a dramatic slide downward.

French Open champion Rafael Nadal moved up two spots to No. 2 in the ATP rankings on Monday, his highest placing since October 2014.

Novak Djokovic, meanwhile, slid from No. 2 to No. 4 in the new rankings, his lowest status in 7½ years. He lost in the quarterfinals at Roland Garros, where he won the title a year ago to complete a career Grand Slam. That was also his fourth consecutive major championship, but he failed to defend any of those titles.

Andy Murray retained his No. 1 ranking after a semifinal exit in Paris, while Stan Wawrinka stayed at No. 3 after losing to Nadal 6-2, 6-3, 6-1 in Sunday’s final.

Roger Federer is still No. 5 after missing the French Open for the second year in a row.

Nadal’s victory in Paris gave him a record 10th trophy at the clay-court tournament and ended his three-year drought without a Grand Slam title. He now has 15 major titles, breaking a tie with Pete Sampras for second place among men on the all-time list behind Federer’s 18.

Nadal was asked Sunday whether getting back to No. 1 in the rankings is important to him. He has spent a total of 141 weeks there, most recently in July 2014.

“I am playing well. I am in a good position. I just won the most important event of the year for me, so that’s the only thing that matters today, no?” he said. “Winning these kind of titles, then you have chances to become any number (in) the ranking.”

By winning the women’s championship at the French Open on Saturday for the first tour-level title of her career, Jelena Ostapenko jumped from 47th to a career-high 12th in the WTA rankings. The Latvian, who turned 20 during the tournament, lost in the first round a year ago at Roland Garros.

French Open runner-up Simona Halep moved from No. 4 to No. 2.

Angelique Kerber kept the No. 1 spot, despite being beaten in the first round in Paris. She is the first woman seeded No. 1 to lose in the French Open’s first round in the professional era, which began in 1968.

Serena Williams dropped two spots to No. 4. She is taking the rest of this year off because she is pregnant.

Elina Svitolina, a quarterfinalist at the French Open, rose one spot to a career-high No. 5.