Movie TV Tech Geeks News
Home All News Politics If the Senate ‘goes nuclear,’ what does that mean? 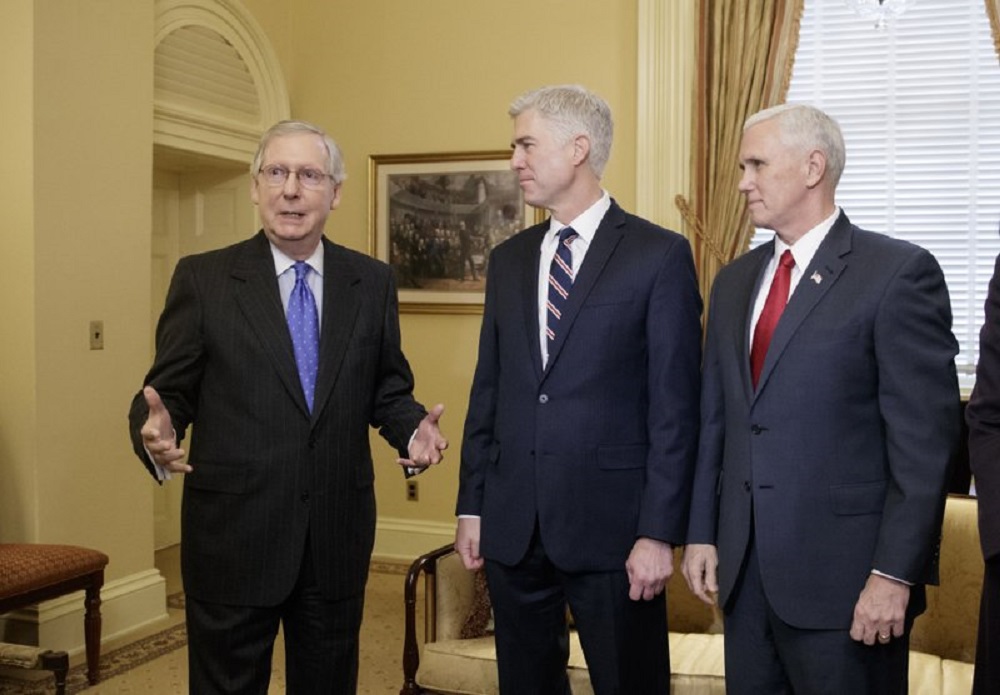 The word ‘nuclear’ alone is enough to send shivers up ones back, but when President Donald Trump encourages Senate Majority Leader Mitch McConnell to ‘go nuclear,’ for Supreme Court nominee, Judge Neil Gorsuch, it sounds more like something from his reality show. Like when one of his contestants goes on a tear and just leaves scorched earth behind.

“If we end up with that gridlock, I would say, if you can, Mitch, go nuclear,” Trump told reporters on Wednesday. “It’s up to Mitch, but I would say go for it.”

For some, it will feel that way, and it’s a device that is making the filibuster an endangered species. In 2013 Senate Democrats used this option when Republicans were pushing back on President Obama’s nominees for the lower courts. Harry Reid went nuclear, triggering the option so that Obama’s judicial and executive branch nominees didn’t have to follow the 60-vote rule to be nominated. This move made it so that nominees could move forward with just a majority vote. It doesn’t apply to Supreme Court nominees, though.

At the time McConnell said, ““It’s a sad day in the history of the Senate.”

This ploy is now preventing Democrats to stop Trump’s choices for his Cabinet because confirmations only require 51 senators rather than the normal 60-vote.

McConnell is less sad about the “nuclear option”  — although he still isn’t singing its praises. He has said it’s “way too early” to talk about ending the filibuster for Supreme Court nominees. But he also said it’s Democrats’ fault that the nuclear option is even on the table: “My answer’s going to be … [Democrats] have set the standard. They have set it. My counterpart actually invented where we are now. And all we can do is send up a great nominee,” McConnell said to Politico last week.

Not surprising that Trump is ready for this change.

What this does do is marking a path for less dissent and discussion as things get pushed through with force rather than debate. 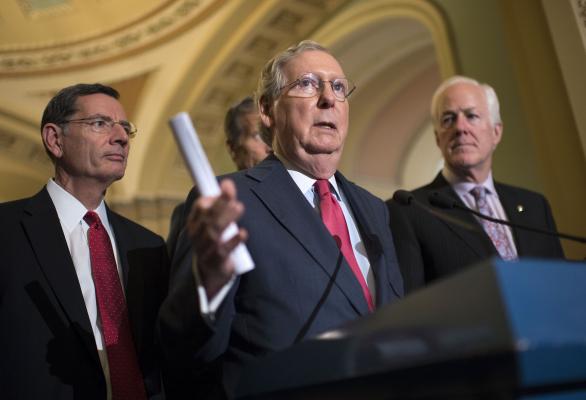 What does that mean?

It’s a reference to the “nuclear option.” That is the nickname for a potential move by Republicans to unilaterally change Senate rules so that Gorsuch’s nomination could be approved with a simple majority in the 100-member Senate, instead of the 60 votes now required.

This procedural maneuver has recent precedent. In 2013, when Democrats were in the majority under the leadership of then-Sen. Harry Reid of Nevada, they pushed through a rules change lowering the vote threshold on all nominees except for the Supreme Court from 60 to a simple majority.

The Supreme Court was exempted at the time as part of a deal bringing along Democrats reluctant to change the rules. Some Democrats, including the current leader Chuck Schumer of New York, have voiced regret, since the changed rules are now allowing Trump to push his Cabinet picks through the Senate and Democrats can do little to stop him.

WHY IT WOULD BE EXPLOSIVE

Such a rules change on Supreme Court nominees would be a momentous change for the Senate, which traditionally operates via bipartisanship and consent from all senators. Some believe it could begin to unravel Senate traditions at a hyper-partisan moment in politics and perhaps end up in the complete elimination of the filibuster even for legislation, which would mean an entirely different Senate from the one that’s existed for decades.

Senate experts note that the filibuster is not enshrined in the Constitution and filibustering nominees is a relatively recent phenomenon. Cloture – the procedural motion to end a filibuster – was attempted for the first time on a nominee in 1968 as President Lyndon Johnson tapped Abe Fortas as chief justice of the Supreme Court, according to the Congressional Research Service.

The cloture attempt failed, and the nomination was withdrawn.

McConnell is an institutionalist who has made clear he does not favor invoking the nuclear option but has not ruled it out for Gorsuch.

The Senate is currently split with 52 Republican seats and 48 controlled by the Democrats.