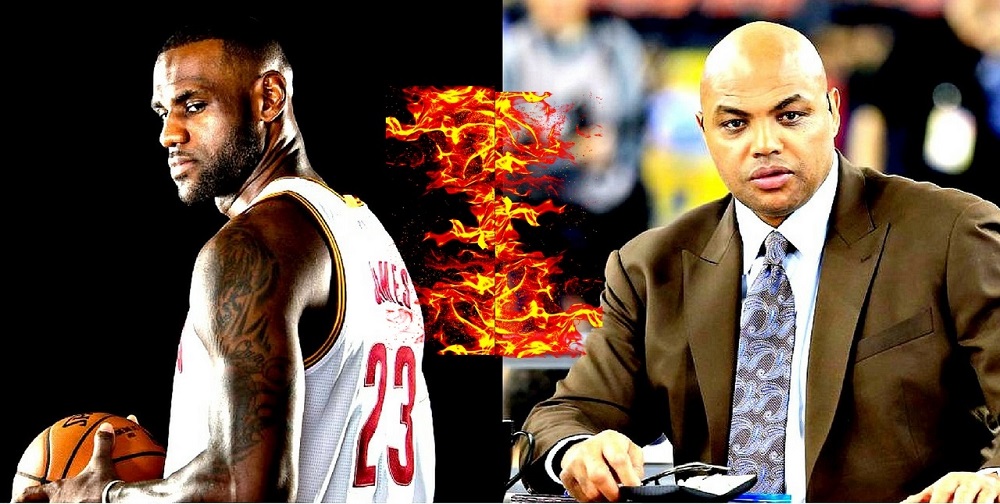 LeBron James has always been thick-skinned. Although the Cleveland Cavaliers superstar was famous for occasionally blowing up on point guard Mario Chalmers during his time with the Miami Heat, James rarely loses it off the court.

James isn’t used to losing in general. Coming off of their first NBA Championship in franchise history, the Cavs have hit a mid-season slump, dropping six of their last ten games, including losses to teams like the New Orleans Pelicans and Sacramento Kings which the defending champs would usually manhandle.

Over the past few weeks, as the losses piled up for the Cavs, LeBron started to slip, dropping the f-bomb in interviews and blaming others for the poor play—un-LeBron-like attributes started to show.

As the four-time NBA MVP began to call for a playmaker to backup Kyrie Irving, NBA legend and TNT commentator Charles Barkley called him out for his behavior.

“Inappropriate,” said Barkley. “Whiny. All of the above. The Cleveland Cavaliers, they have given him everything he wanted. They have the highest payroll in the NBA history. He wanted J.R. Smith last summer; they paid him. He wanted [Iman] Shumpert last summer. They brought in Kyle Korver. He’s the best player in the world. Does he want all of the good players? He don’t want to compete? He is an amazing player. They’re the defending champs.”

LeBron did not respond well to the additional criticism.

“He’s a hater,” said James. “What makes what he says credible? Because he’s on TV?”

Well, Barkley was the NBA MVP in 1993, played in 11 All-Star Games, had his No. 34 retired by both the Phoenix Suns and Philadelphia 76ers, and is in the Professional Basketball Hall of Fame. But, hey, I guess Chuck isn’t qualified.

“I’m not going to let him disrespect my legacy like that,” continued James. “I’m not the one who threw somebody through a window. I never spit on a kid. I never had unpaid debt in Las Vegas. I never said, ‘I’m not a role model.’ I never showed up to All-Star Weekend on Sunday because I was in Vegas all weekend partying. All I’ve done for my entire career is represent the NBA the right way. Fourteen years, never got in trouble. Respected the game. Print that. Go watch the ’93 Finals when John Paxson hit the shot. Barkley and Jordan were laughing and joking with each other during one of the game while somebody’s shooting a free throw. In the Finals. But, oh, nobody were friends back then.”

Again, uncharacteristically, LeBron went real personal real quick. I’m talking 0-100. Barkley’s criticism was scathing, sure, but it was fair. LeBron took to the age-old political tactic of discrediting your opponent instead of actually saying anything to advance your cause.

Fortunately, Charles has some thick-skin, and he has come to terms with his mistakes of the past.

“I was laughing,” said Chuck, responding to LeBron’s comments. “Clearly he did some homework…he Googled me and found some things. He was young when I was playing, so I appreciate that, but I’m not upset about it…My criticism was fair, and I’m good with that. Some of the stuff he said about me is correct—doesn’t make the message I said about him incorrect. Some of them are intimidated about LeBron; I’m not intimidated at all.”

Chuck never backs down from a challenge, even when that challenger is the top player in the world right now. Hopefully LeBron got it all out of his system, and hopefully, he’ll pull himself together soon.