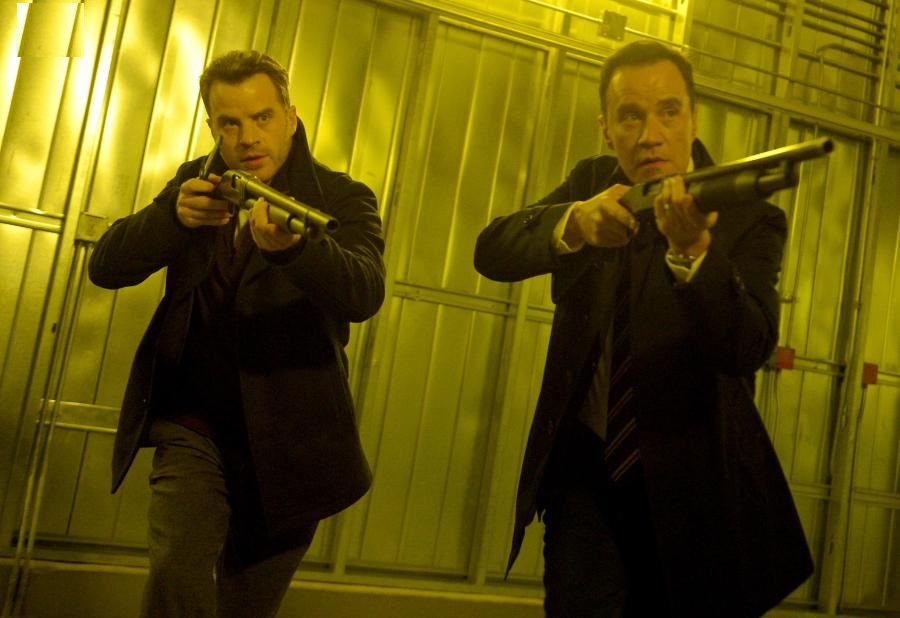 So, how did season one of “Second Chance” close out for the series finale?

Young Gracie turned into a twisted mess of a teen monstrosity?

The Sheriff saving the day and forcing a pack of lung darts down Connor Graff’s throat?

Tim DeKay, as Duval, overacting in every other scene to make sure the series never sees the light of day again?

Let’s start with the title of the finale. “Gelassenheit” was defined by Martin Heidegger, a 20th Century German philosopher as “the willingness or ability to let things be as they are, in their uncertainty and mystery”.

This episode followed George’s willingness to let nature take it’s course instead of struggling to stay alive in an unnatural fashion.

No one set themselves on fire, but more than one character accepted death with honor and peace.

Albert Lin was not one of those characters. He went down in nasty fashion. Connor’s henchmen made a mess of the monster once he was no longer useful to Otto.

We know Jimmy’s time was short with his tank destroyed, so it was a race against time to save Duval’s daughter Gracie.

Alexa is helping them as she now feels guilty about everything she’s done. And her efforts did not even end up saving her beloved George.

There is hope for Jimmy with Alexa’s tank…if Mary can unlock the code to make it adapt to Jimmy’s DNA. Is Mary as smart as Otto? We know the answer, but she does offer a million dollars to her team of coders to the first one to crack the code. 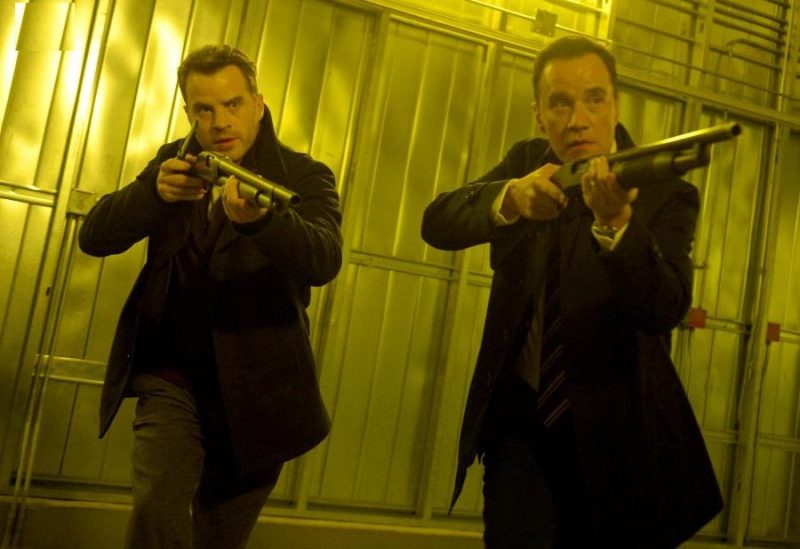 We get a couple of decent father-son moments between Duval and the Sheriff. The son tells his old man that at times he hated him being his dad and says, “you never knew your family.”

Jimmy is hurt of course but says he feels like he knows them now. Good thing, cause the guy has about eight hours to live.

We know Alexa was a great assistant to Mary when she wasn’t spying. Well, she’s damn good at knocking guys out with her super strength too. She helps the Pritchard boys get inside Connor’s fortress and ends up face to face with her creator, Otto.

Their confrontation lasted a bit too long. She should have smashed his head into the wall and kept moving.

She does eventually start to choke the super nerd, but Arthur sounds the alarm as his buddy is about to take a dirt nap from her chokehold.

After Duval gets done asking multiple dumb questions, they arrange a hostage swap. Otto for Gracie.

Alexa warns that Graff can’t be trusted. Uh, yeah. We assumed that by his secret monster lab, his manipulation of Otto, and the kidnapping of Gracie. And of course all that hair gel.

The swap goes bad for the Pritchards and Gracie ends up on a plane with Otto and Graff.

Jimmy is getting weaker by the minute and foolishly tries to fight one of the thugs left behind. Using that shotgun might have been a better play, my man! No need to get roughed up when you can simply pull a trigger.

The coders must have had a Comic-Con to go to because they gave up on the million dollar prize before time even ran out.

The plane ride was not going to end well for the evil Connor Graff. Otto, the self-proclaimed monster, had a crisis of conscious after Jimmy had asked him, “Did you get what you wanted?”

Clearly he did not. His sister now hated him. So he tells Graff it would have been better if Mary had died. At least, she would have loved him until the end.

After telling Connor that they both were monsters….not gods, he commands Arthur to take Gracie back to her dad via auto pilot. And to open the plane doors so Graff and himself would be sucked out to plummet to their deaths.

Gracie is saved thanks to Otto, but the Sheriff is about done. He tells his son he’s good with going out like this, working with his son to save his granddaughter.

Alexa does take Jimmy back to Mary, who is told of Otto’s heroic move to save Gracie. Mary is still in tears as the tank remains locked.

Lucky for Jimmy, Otto’s turn away from the dark side led him to make Arthur unlock the tank. The Sheriff is rejuvenated with a quick soak in the genetic tub.

The bad news is that the FBI knows about Connor’s lab. Duval tells his dad he can’t afford to get caught up in this mess. He says the government would just treat him like a lab rat so the Sheriff will have to stay away from his family in order to stay safe.

But I guess he could spend his time playing poker and enjoying his time with Mary.

As Duval walks away from his dad, Jimmy says, “We kicked some ass.”

“I love you too,” Duval says in response.

Not a bad way to leave it with this father son duo that didn’t have an easy time with each other. In this life or the last one.

Well, Jimmy will be playing a lot more poker and will need to find a new hookup. Mary has bounced.

She headed back to her homeland to spread Otto’s ashes and to find herself. Alexa and Jimmy would be staying in the Goodwin house so maybe they’ll make some super babies?

The finale ends with Mary working at a kids’ center named after her brother. She appears at peace but then gets a message on a tablet from….Otto.

He’s apparently uploaded his consciousness to the cloud, so he is not gone forever.

Pretty clever twist by the writers of the show to have him return in similar form as Arthur. The mad scientist cheated death in a much different way than Jimmy and Alexa.

Otto does provide a cliffhanger in case Second Chance does get revived for a second season somewhere. He tells Mary about the data he got from Connor’s lab. The rejuvenated fish all turned violent and began killing other fish eventually.

Otto is positive this is the fate that awaits the Sheriff. So Mary will be forced to go back and save Jimmy from himself.

The credits roll with Jimmy walking out of Pang’s as we await his dark turn.

I do hope Second Chance does get at least one more season. The concept is good with the updated technology to make a Frankenstein story more plausible.

Mary’s character was enjoyable. And Otto as a stickman in the cloud would work even better than the awkward human.

And, of course, Jimmy as the main character was a fun watch. I could do without Duval’s return, but his relationship with his son is one of the main points.

More of Alexa would be fine.

While it’s obvious you can’t put this show up there with the top dogs of the golden age of TV; I don’t regret covering the show for its 11 episodes.

And if the right adjustments were made I would go for another season.

But we’ll just have to see if another platform has the guts to risk going against the tide and rejuvenating a show that looks to be without much of a pulse.

You never know. The Sheriff was as lifeless as this series appears and he made a comeback.