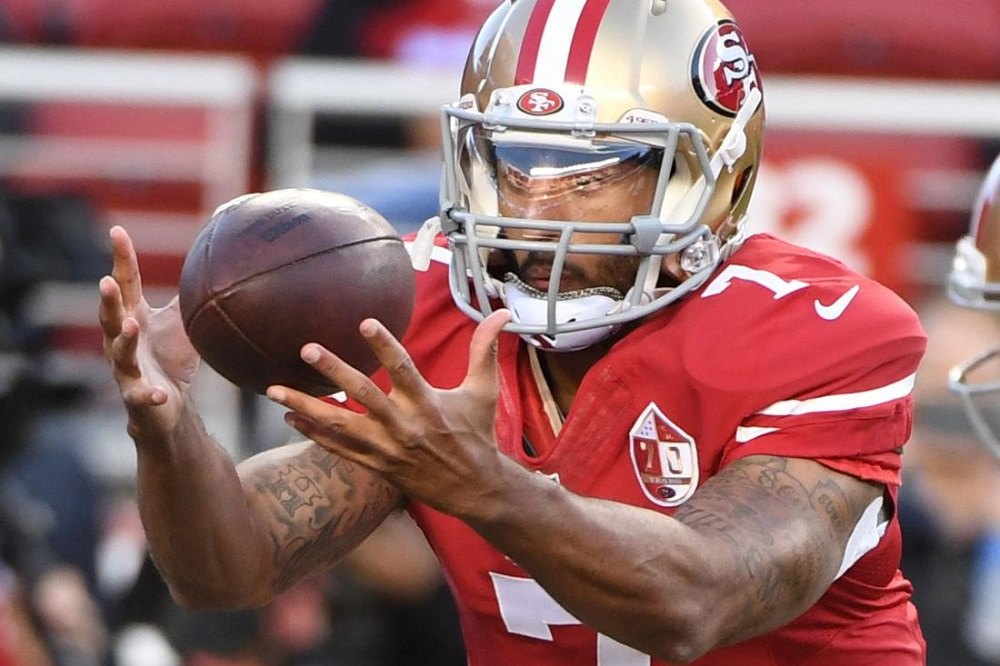 Over the past two weeks, we learned that the San Francisco 49ers are terrible no matter who is under center. We also confirmed that Colin Kaepernick isn’t good anymore. At all.

Part of the problem is the defense. The Niners are third to last in yards per game, giving up over 407 a game, and dead last in points allowed with 219 through Week Seven. With the team entering a bye week, head coach Chip Kelly has the opportunity to make some changes on defense. Kelly, however, doesn’t seem concerned with switching things up.

“[Defensive coordinator Jim O’Neil and I] spend time together during the week,” said Kelly. “We carve out time in terms of how we watch film and what we do and understand the plan as we’re moving forward. There’s good communication going on from that standpoint. It’s not like I don’t know what’s going on on the defensive side of the ball.”

So yeah, Kelly doesn’t seem ready to get rid of any part of his staff. But the players won’t be too upset—after all, they seem to believe they’re the best in the league.

“We have the team,” said linebacker Aaron Lynch of the 1-6 Niners. “We possibly have one of the best teams in the NFL, easily. Hands down. We need to know how to keep finishing games and work together throughout the whole game. Once we get that down, nobody’s going to be able to mess with us.”

Safety Eric Reid also has faith in the system.

“I love this scheme,” said Reid. “If everybody does their job, we shouldn’t get beat. But whenever there’s an explosive play, somebody is out of position. We just got to tighten up.”

Yeah, just tighten up. The team is 1-6, your defense sucks, your head coach is reportedly considering leaving to go back to college before no one wants him anymore, and your quarterback is turning half the nation against football.

But yeah, sure, just tighten up.