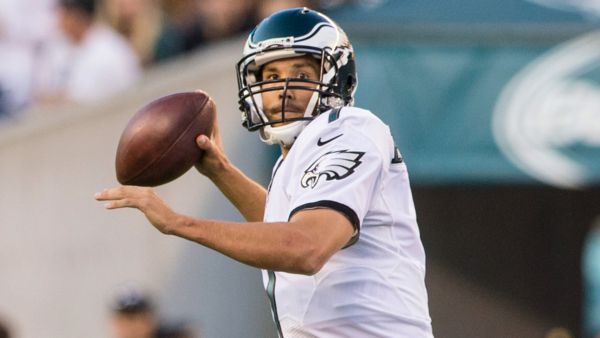 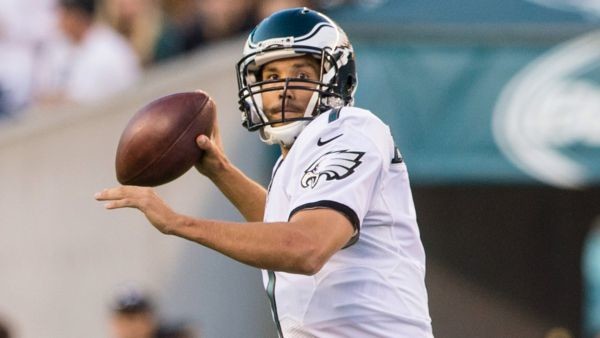 The Philadelphia Eagles and Green Bay Packers met Saturday, and Sam Bradford reminded the world that he actually was good at some point while locking his ballet for the Comeback Player of the Year Award.

Bradford made the Packers’ defense look as weak as his knees, compling every single one of his passes for 121 yards and three touchdowns in three drives. In fact, the Eagles have scored on every single drive Bradford has orchestrated so far this offseason.

Mark Sanchez kept the shocked Eagles fans going ballistic, putting another 18 points on the board before the end of the half. The Eagles won 39-26.

Sanchez could definitely give Bradford a run for the starting position, but Chip Kelly isn’t interested in having any sort of competition. The former No. 1 overall pick has the job until he steps on a misplaced Gatorade cup on the sideline and brakes 14 bones and tears ligaments I’ve never heard of.

Sure, that’s an exaggeration, but only a little bit unfortunately. Nothing I love more than good football, so I hope Bradford can stay in there, but given his history I think my skepticism is justified.

If Bradford can hang in there and continue this high level of play, he’ll have no problem punching the Eagles the postseason ticket they are so desperately after. He would also make Kelly a sure-fire for Coach of the Year.

DeMarco Murray looks pretty good so far, Jordan Matthews is still doing his thing. Really, Tim Tebow the “two-point specialist” is the only weak link in Philly right now. If Bradford can stay in it and play like the top pick he was, this team could really go places. 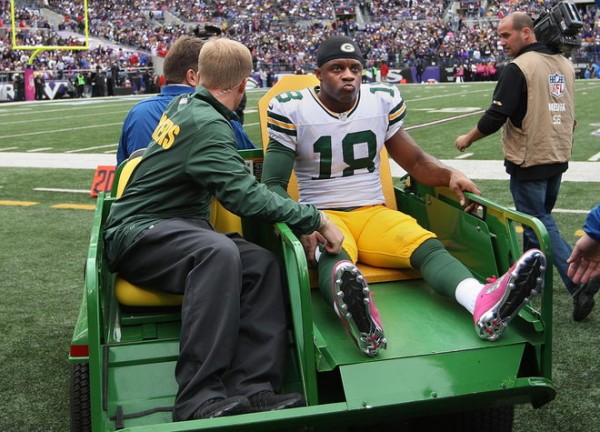 The preseason excitement didn’t end there, however: Randall Cobb left the game in the first quarter with a shoulder injury, Micah Hyde was carted off with a neck injury, and Bryan Bulaga had to leave early with some ankle issues.

All one week after Jordy Nelson went down with an ACL tear…The injury bug is spreading like wildfire in Green Bay.

Be careful out there, Aaron.